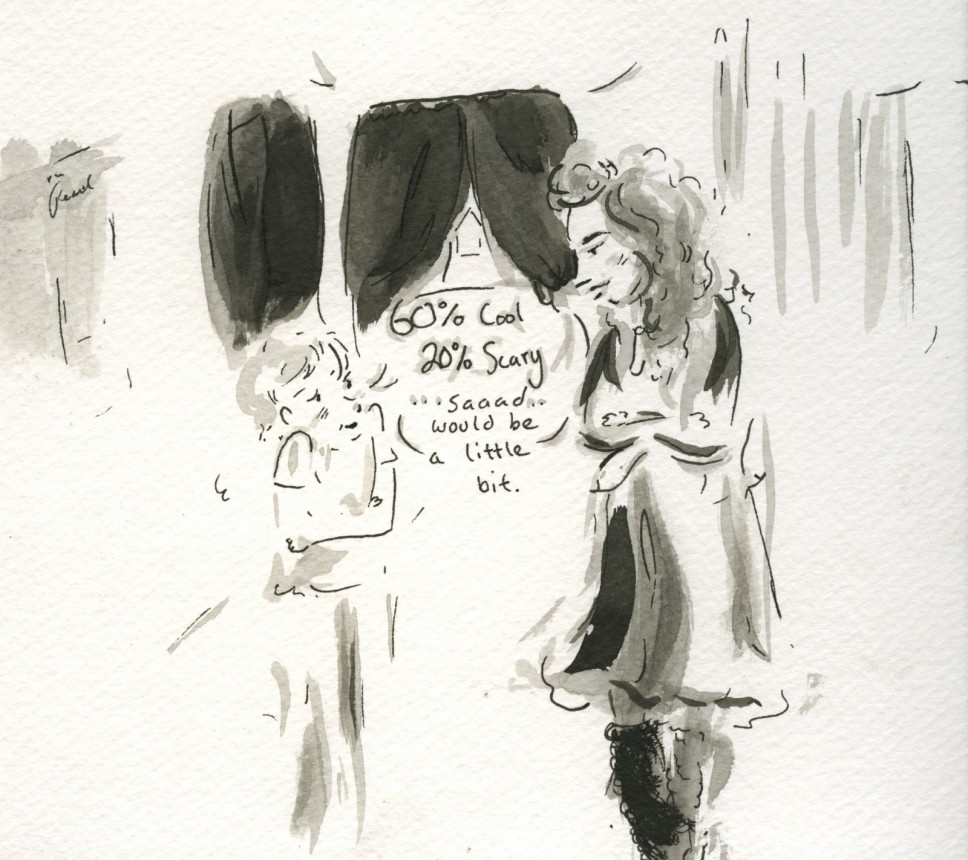 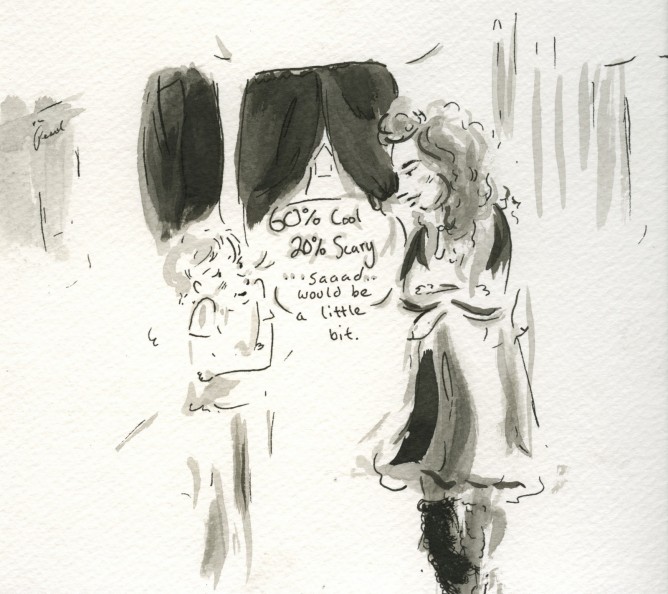 Jessica Gulliford is interning in SITE’s Education Department for Fall 2013 and was a SITE Scholar last November, where she got a pass granting her access to almost every museum in the country. She is an art student at the Santa Fe University of Art and Design. In this paper, she reflects on giving tours at SITE:

I had forgotten what it’s like to be a fourth grader but suddenly it all came back to punch me in the face when I agreed to help out tours at SITE with local elementary schools. Having recently begun an internship in their Education Department, I have helped on four different tours with young students. I thought that Enrique Martinez Celaya’s show could be read as scary and a bit dark for some and came to find, yes, yes it was.

I began my first day showing up in the parking lot at the exact same time the kids were getting off their bus, and scaring the devil out of them by accidentally setting off my car alarm. A really good start. The first group is a class of fourth graders and the moment we step into The Pearl’s dark entrance every student begins to howl like a banshee, turning the space into a whirlwind of ghost children in the long and darkened hall. Constantly reminding the class it isn’t scary and it gets lighter in the rooms to come, the tour guide pressed on. I found that it was probably more fun for the young people to feel scared of the environments rather than listen to the tour guide navigating them.

It was a good thing I terrified the students before the tour because they were truly frightened anytime I asked them to stop touching the artwork. One student asked me if I had been following them since they saw me outside because he assumed I was just stalking them and didn’t work at SITE. Another young boy asked me if I had seen The Women In Black.
I responded, “The horror film?”

“Yeah. No offense but it’s all dark in here and you’re all in black so you look all creepy like her. No offense.” So I thanked him.

There have been tremendous moments interacting with the students that truly change the way I feel in Celaya’s environments. The younger third graders were much less rebellious and more able to pay attention, though they brought their wild imaginations and unapologetic attitudes when interpreting the work before them. Many told their own stories about how they believed the artist’s dog died or how the artist was lost and sad. I found these stories beautiful and I couldn’t help but smile in awe at their willingness to engage with the art and attempting to understand it. At the end of this tour a student asked “So is this like a big mystery for kids?” I wasn’t sure how to answer but I told him that it certainly could be.

As adults we understand boundaries in an art museum. We have strong guards up, it’s possibly the fear of looking stupid when trying to interpret and engage with work or being afraid to try and understand after feelings of frustration from artwork. The fear of being wrong as an adult forces us to take some time to understand works of art, certainly not a bad thing, it’s a different way to be in the museum and relating with the art.

The young children I have encountered have basically no guards up and want to tell you so badly what they believe is going on in front of them, making the experience in Celaya’s environments a much more innocent and freeing one. It’s as if they see themselves as the boy in the paintings and sculpture and they know or want to know what it is like to be him. It’s much like playing in the galleries, which I think Celaya maybe wanted that a little more from his viewers, as it is so poetic and not any usual gallery installation.

I decided to interview a 6th grader about his thoughts on the show:

Me: What is your first Impressions of Enrique Martinez Celaya’s The Pearl?
6th Grader: “It’s sad and scary.”

Oh, why is that?
The sad part is the cycle of life, yah know, but then shows how it repeats itself, that’s cool. I would say it’s 60% cool, 20% scary…saaaad would be a little bit.”

I see. Do you have a favorite part of the show?
The boy crying. I like it because it’s kinda like the main idea, what makes everything make sense.

Is there anything you didn’t like about the show?
Not really. I actually like it all. There’s parts that don’t make any sense but there’s no parts I didn’t like.

What were parts that didn’t make any sense to you?
The Pig.

The elephant maybe?
No the pig. But yeah it’s pretty cool.