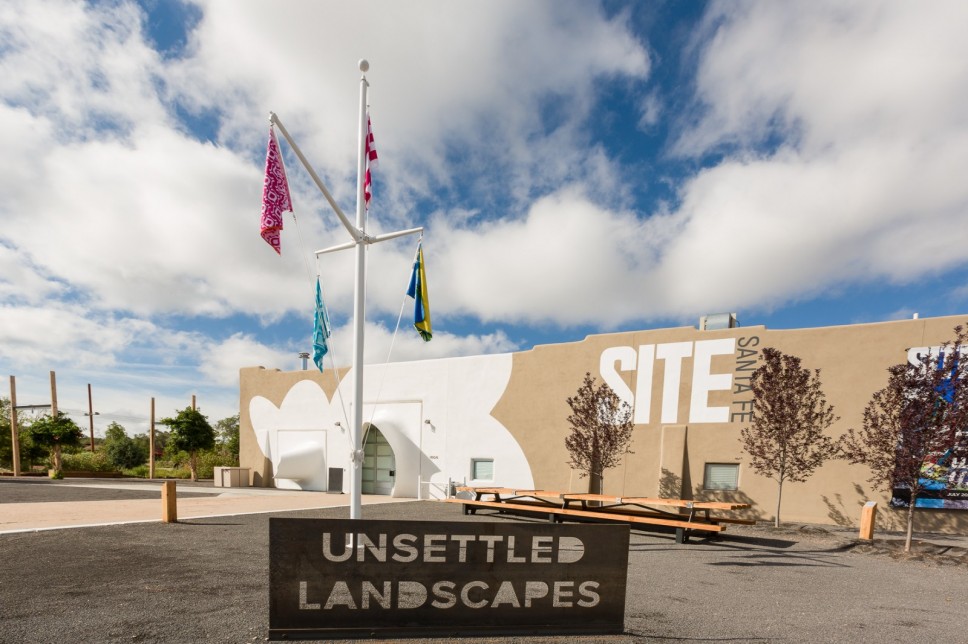 As with every show, I was happy for Unsettled Landscapes to come to the end of its allotted run, though on this occasion, it was only from a desire for newness. Unlike with some shows that become oppressive or offensive over time, my feelings about this biennial haven’t changed since the show opened: it was a solid bit of art exhibition. The artists were well chosen, and the rooms were curated such that if a couple of the artworks were duds (and there were some), the other works in the room were strong enough to make up for it. The public programs were compelling and worked well in parallel with the exhibit. Every sense that I had from visitor interaction reinforced my own positive opinion.

My only quibbles were that portions of the show were unavailable for large stretches of time. The Helguera and Middlebrook pieces were understaffed—for budgetary reasons—(to say nothing of the climate control issues in the Middlebrook), and the Stankievech projector was out of commission for more than a month, never repaired or replaced following its breakdown around Thanksgiving. It’s embarrassing to have to apologize for these things.

Also, there appeared no good reason for Florence Pierce’s work to be in the show. What was that about?