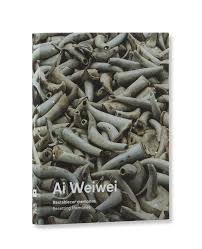 For his exhibition at Mexico City’s MUAC, Ai Weiwei (born 1957) addressed two national traumas: the destruction of cultural heritage during China’s Communist Revolution and the murder of 43 students in Mexico. These are represented respectively by a Ming dynasty temple that the artist purchased and rebuilt, and a film and Lego portraits of the Mexican students.

Categories: New in the Store, Art Books, Monographs, and Cookbooks


New in the Store, Art Books, Monographs, and Cookbooks

curated: The Store at SITE Santa Fe features an expertly curated selection of contemporary art books, artist-designed products, distinctive design objects, artist limited editions, and unique gifts. Visit in person to browse the full array of merchandise, including items specific to the current and past exhibitions.

In addition to supporting exhibitions and programs through your purchase, many of the unique items at curated benefit various humanitarian organizations around the world.

curated has a selection of unique items available for purchase online, but visit in person to browse the full array of merchandise!