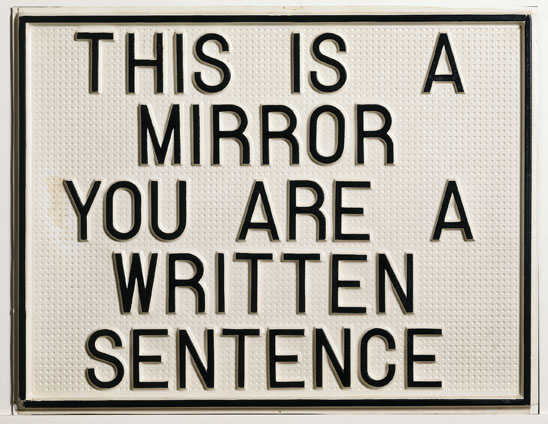 My Life in Art: Luis Camnitzer and Khristaan Villela

Luis Camnitzer (b. 1937) is a German-born Uruguayan conceptualist artist whose art explores socio-political issues through various mediums such as printmaking, sculpture, and installation. Camnitzer’s work arises from “art thinking”–the freedom to make connections and interpretations as a way to expand knowledge–rather than “art making,” which is solely the production of art. Camnitzer explains that “art has slowly deteriorated to become primarily a form of production instead of a way of shaping culture,” and it is the struggle against this deterioration that inspires much of his work.  His work inspires dialogue that can change and adapt over time, becoming sustainable to the projection of new interpretations. His work aims to shift the power of interpretation and judgement to the people, rather than to a select few. Camnitzer’s work honors the true social function of art–the freedom of interpretation.

Camnitzer’s work has been shown at various institutions around the world such as Museum of Modern Art, New York; Guggenheim Museum, New York; Kemper Art Museum, St. Louis, Missouri; El Museo del Barrio, New York; Museo Carrillo Gil, Mexico City, and others.  In 1964, he founded the New York Graphic Workshop with Liliana Porter and Jose Guillermo Castillo, and in 1971 worked to create New York’s Museo Latinoamericano and Movimiento de Independencia Cultural de Latino America. He has received hte Guggenheim Fellowship twice, both in 1961 and 1982.  He has taught at the State University of New York, College at Old Westbury since 1969.

Khristaan D. Villela, PhD, is Professor of Art History and Scholar in Residence at the Santa Fe University of Art and Design.