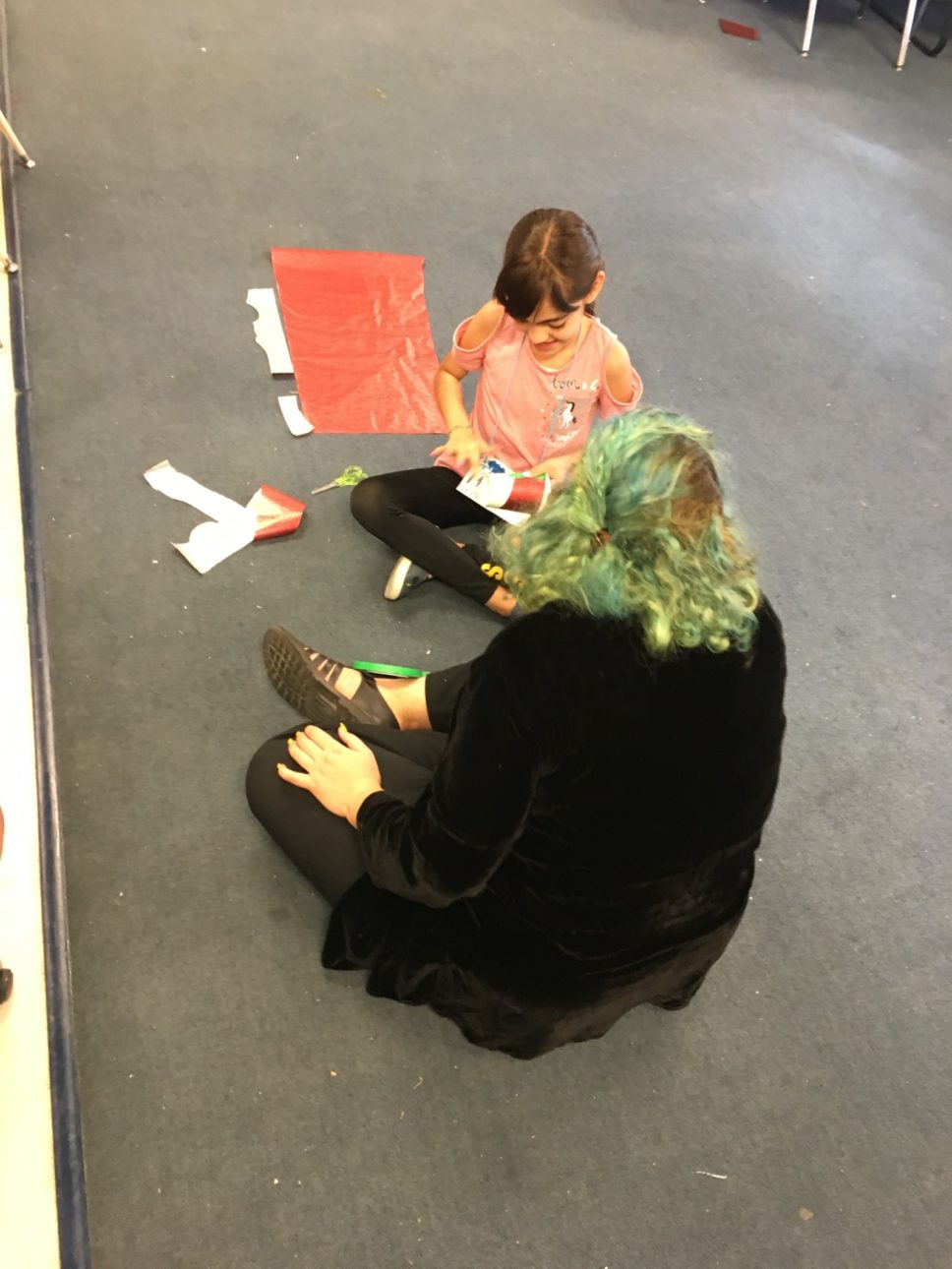 I have always been somebody with a keen interest in the arts, both in terms of making and participating in them, though I’ve never understood what capacity I wanted to pursue those things professionally. Working with SITE Santa Fe this summer has helped me to gain a better understanding of myself in the context of a career in an arts institution, in which I can wholeheartedly say that I’ve fallen in love with the museum environment as an added bonus.

A significant fraction of my positive experience can be attributed to my interactions with the staff both within and outside of the Education department. I felt like I was seen and acknowledged as an equal partner in almost every interaction that I had with other employees, something that I’ve rarely experienced in past internships and entry-level positions that I’ve held. Namely, I can cite the experience of working with Veronica Black and Winoka Begay to assist in putting together a Digital Storytelling curriculum for a twenty-first century learning after school program, as an instance where I felt particularly trusted.

When the option to assist with writing this program was initially brought up I was eager to participate! As a photographer and public radio nerd, I understand the value of a good story and am passionate about the accessibility and knowledge of digital tools so that we can diversify the types of stories being told. Working toward this goal with Veronica and Winoka was a really wonderful experience; even as an intern I was allowed, and encouraged, to attend meetings with other arts education professionals that were involved with writing and structuring the curriculum. I felt empowered to speak up and pitch my own ideas about structure and content while also gaining a lot of vital knowledge as to how curriculum-writing works. Understanding the way that choices of those writing educational programming impacts both educators and students within the greater Santa Fe area was really awesome for me. This is a community that I really care about, and my involvement in this project enabled me to have what will soon be a tangible impact on youth living in the area.

Though I felt especially rewarded by my involvement in the Digital Storytelling curriculum, that wasn’t the only space that I felt fulfilled in throughout my time at SITE. It was really awesome to be working with a team who trusted me as an educator and facilitator throughout the summer. I was granted the privilege to lead a couple of youth workshops and programs that were a ton of fun! One of these was during a city program for low-income youth with a curriculum focused around Michael Rakowitz and his work; I worked with a small group of students during the last week of the program where I really had to think on my feet to make the lesson plan work for the kids in the time-frame the we had. This experience was super valuable in the way that it forced me to think in a more flexible way for the benefit of my students and was a perfect primer for my second solo facilitating experience at SITE Santa Fe, a zine workshop with Girls Inc.

When Veronica initially brought up the workshop in question I could barely contain myself, honestly. I really, really love zines, and I really think that young girls are the coolest. I helped to edit the material in the workshop and made a zine about zine-making for supplemental materials, initially believing that I would just be at the workshop to provide support for Veronica as she facilitated. As luck (and monsoon season) would have it, I ended up stepping up to lead the group when Veronica’s house flooded and it felt really awesome! Even though the group was a different size than initially anticipated I loved having an opportunity to meaningfully engage with a demographic that I care about concerning material that I also really care about.

This opportunity perfectly represents why my time as a SITE Santa Fe intern had the positive impact that it did. I was exposed to the idea of a contemporary art institution as a genuinely community-oriented space that deeply cares for the people both inside and outside of its immediate vicinity, an idea that I think is very powerful in an increasingly stratified Santa Fe and an increasingly stratified world.