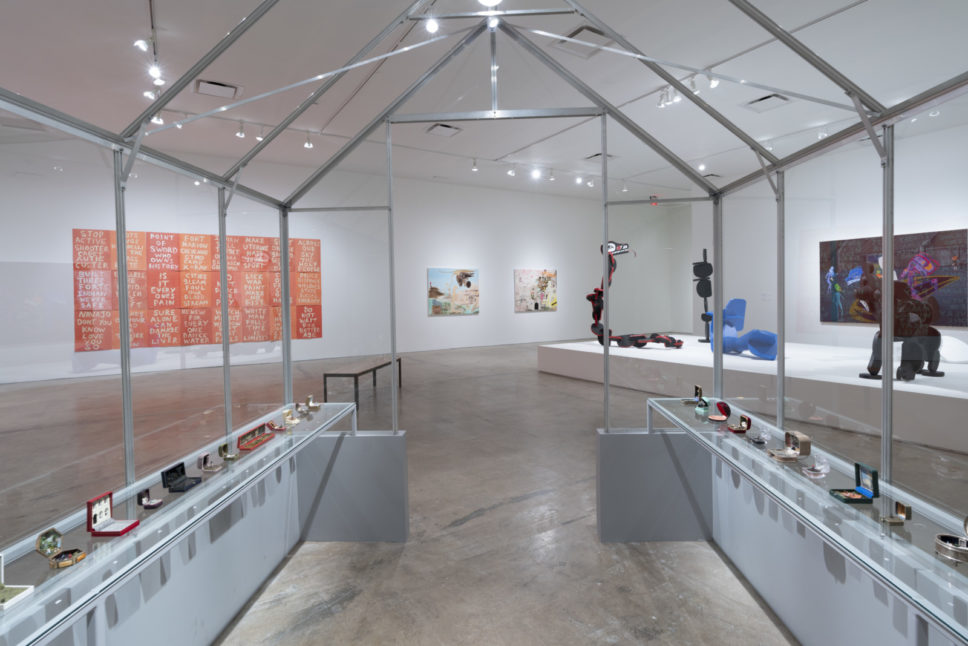 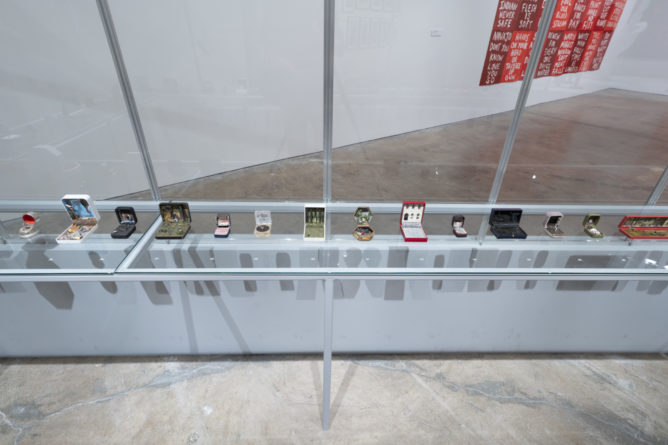 It’s winter time again for the Northern Hemisphere.  For many, winter time also marks the beginning of SAD.  That’s Seasonal Affective Disorder, aka, Seasonal Depression, or Winter Depression.  I grew up in upstate NY.  There, the lake effect cloud coverage is so prevalent, that the average amount of sunlight for the month of December is about two and half hours a day.  It’s why so many people I knew growing up are now Vitamin D deficient, myself included.  It’s also why I saw some people use light boxes in school, work, and home.  Simply put, a light box is a box or screen that emits specific light which mimics outdoor light and is low-level or without ultraviolet light.

As part of a daily routine, or in moments of difficulty or sadness, a person could pull out their personal light, or open the lid on their light box, and reflect on a small source of positive energy.  For those who have grown up in sunnier climates, this may seem outlandish or unbelievable.  But those of us who have struggled with SAD know the difference that light can make.  Light and it’s positive energy can help a brain balance its chemicals to stay optimistic.  Much like the surprise of a friend bringing you a present; it’s serotonin that you open.

This week I want to talk about the work of Curtis Talwst Santiago on display at SITE Santa Fe.  In his “Infinity” series, Santiago has created a number of dioramas, crafted on a miniature scale, living inside of jewelry boxes.  The care and attention to detail in his works are overwhelmingly present.  The dioramas are populated with figures smaller than the size of a fingernail.  Details such as collars, buttons, belts, pins, lapels, expressions, shoes, and hands are painted on with what I can only imagine is a size zero brush and a truly steady hand.  The background, and objects surrounding these figures, are just as, if not more, intricate and detail oriented.  If a tree exists it will have all its branches; if a wall is made of bricks you would need a magnifying glass to count them. 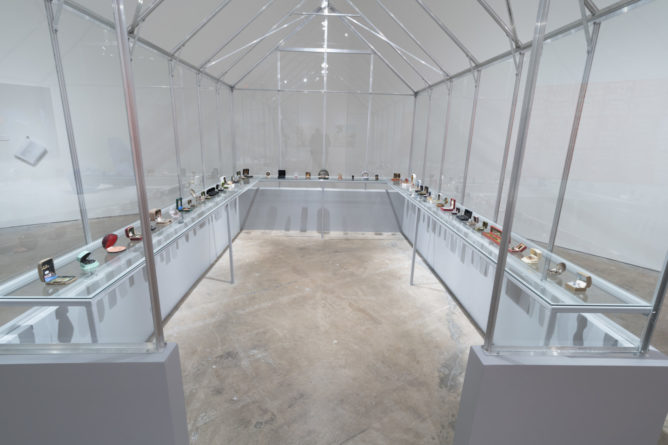 What is so amazing about the first time I observed these objects was the difficulty with which I struggled to even understand what I was looking at.  My eyes and my brain were at odds.  At their smallest, a diorama may occupy a space two inches by two inches by two inches.  Yet within that tiny cube of an area, I may observe a figure or two, a tree or three, a bush, the grass, a stream, leaves, a chair, and a wall of straw.  Or maybe the diorama features just the chair but I can see every pebble that makes up the ground surrounding it; and the chair and the pebbles are in proportion with one another!  I am engaged as a viewer to really examine what is going on and what is happening in these tiny worlds.  What I really want to emphasize is the sense of believability.

Not only do these small worlds exist saturated in color and texture, but they do so to scale, and with a sense of realism.  This likely comes from the subject matter Santiago’s works explore.  While there is no single narrative that unifies the “Infinity” series into a sequential story, there are many themes that repeat between the individual works.  These themes include contemporary and traditional  art history, the intersections of everyday life and love, and modern news and mythos.

Such themes push the humanity and realism of the “Infinity” series forward.  A viewer uneducated in art history might not recognize the image of Manet’s “Olympia”, but because Santiago recreates the image, while adding Manet himself standing there, painting on his easel, it becomes more accessible.  It moves the narrative away from naked woman, and into, artistic practice.  Further examples include “Banksy Is Your Gran” being recognizable as a Banksy moment to some, and a street scene to others.  Or “Chair”, which the artist himself stated in an interview as being an homage to Van Gogh’s gift for using painting to make the mundane appear amazing.  Viewers, myself included, can create our own narratives and beliefs about the scenes unfolding.  In Santiago’s “Nubian Woman Attacked by Tiger” I am reminded of both Yann Martel’s “Life of Pi” and a painting done by Horace Pippin which hangs in the East Building of the National Gallery of Art in Washington D.C..

Santiago’s works also feature scenes of romantic dates, families on the beach, and an African Knight covered in colorful beaded armor.  Amidst these themes, the “Infinity” series has been affected by real world traumas which Santiago has reacted to.  Works like “Deluge VII”, which features a modern image of migrants in a boat, and “The Execution of Unarmed Black Men”, featuring a group of police officers shooting black men in the street, reference modern news coverage of immigration as well as the killings of such black men in America as Michael Brown and Philando Castile.  These works remind viewers that difficulty and horror exist alongside the joy and the mystery of life.  Though important to acknowledge, Santiago also recognizes that creating too many of these images is problematic.

Too often our media and our history of painting depicts people of color suffering or in trauma.  Santiago has stated that he is done with creating works that repeat such imagery because he doesn’t “feel like it’s necessary for art to contribute to these violent images that become fetish objects.”  As such, he denies collectors interested in more dioramas featuring migrant imagery.  This is because he respects that those images feature individual people with real and personal struggles and stories.  As a writer and artist I have a lot of respect for this ethos.  There is a better way to address problems in society without re-engaging with the same disturbing imagery that keeps the disenfranchised feeling traumatized.

This is why it is so important to see and explore the “Infinity” series in person.  Because in all these jewelry boxes there lives an encapsulation of life.  Sometimes it is a difficult life, and sometimes it is an easy one.  We do not get to choose all the parts of a life we live and often times we become overwhelmed with it.  Whether our trials last for a little or a long time, human nature often leaves us feeling stuck in a rut.  It’s relieving to see Santiago create such a variety of moments exposited on such a small scale.  It puts us as viewers and humans into a macro, or cosmic, scale of thought.  These turbulent periods of time in our life are not unending trials, but simply little vignettes.  Our small precious memories are not fleeting, but rather, unending tales of love.

In one interview, Santiago talks about how ideally he would present the dioramas in person to a viewer by pulling them out of his pocket or a bag and then handing them over to the viewer to open.  How cool and great it would feel to open this box and be surprised by a small cosmic moment?  To expect jewelry and receive theater?  Unfortunately, logistics stops everyone from being able to experience Santiagos work in this “surprise opening” way.  But those interested in directly engaging with the “Infinity” series will find two wonderful outlets to their curiosity.

Not only are these works available to see up close and in person at SITE Santa Fe, but Curtis Talwst Santiago will, himself, be there as well.  This week the artist will be engaging directly with the community.  Teaching others about his techniques, members of the Santa Fe area, will be invited to create their own jewelry box dioramas.  The opportunity to work so directly with an established artist is as rare as it is wonderful, and I encourage all who can, to make an effort to stop by SITE this week to see Santiago’s work, he truly creates beautiful memories for us to cherish and consider what is important.