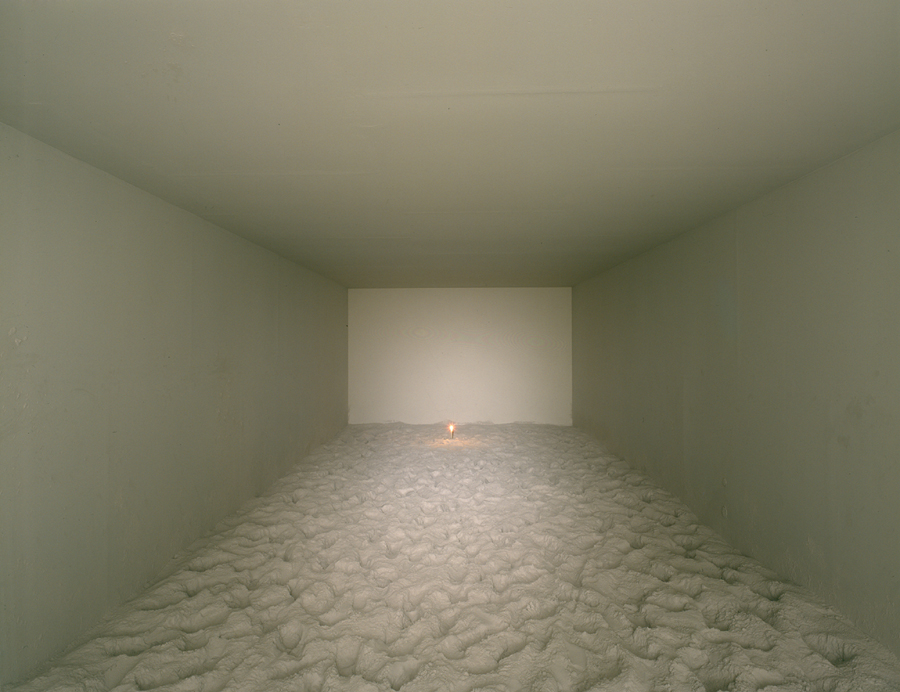 Uneasy Space will focus on the innovative and sometimes unnerving use of physical space, interactive possibilities, and signifiers of day-to-day life that characterize much of contemporary art. The participating artists are Mathieu Briand, Janet Cardiff and George Bures Miller, Philip-Lorca diCorcia, Kevin Hanley, Chris Johanson, Yayoi Kusama, Cildo Meireles, Paul Pfeiffer, Gregor Schneider, Bill Viola, and Rachel Whiteread. Some of the themes that run through all of these artists’ work include alternative media and technology, sensory perception, and innovative, large-scale installation. In keeping with the institution’s philosophy of supporting the creation of new work, SITE Santa Fe is commissioning new, site-specific pieces by Chris Johanson and Gregor Schneider. The exhibition is organized by SITE Santa Fe, and made possible in part by LLWW Foundation.

Mathieu Briand, an emerging French artist, creates work that challenges our notions of a visual language by drawing on sources outside of traditional art practices. His art encompasses electronic media and music, the sciences, and technology. His piece SYS*05.ReE*03/SE*1MoE*2-4 is a group of cyberhelmets that the viewer wears and allows the user to switch his or her own perceptions to those of another user in an endless loop of visual intrusions. The viewers connect through the cyberhelmets, creating a mental space that moves within the architectural space. The result is what the artist calls a “controlled schizophrenia.”

Working in tandem and based in Lethbridge, Alberta, and Berlin, Germany, Canadian artists Janet Cardiff and George Bures Miller have forged a practice that is considered one of the most significant breakthroughs in conceptual art in the last decade. Janet Cardiff creates, among other projects, experiential installations using ambient sounds and fractured narrative elements. Her museum-based installations, which uniquely replicate film viewings and musical recitals, combine the artist’s personal observations with cinematic effects that compete with real sounds and sensations in the environment, creating a strangely intimate as well as dislocating experience. George Bures Miller’s machine-like sculptures and shadowy video pieces of the 1990s address similar themes. Miller creates situations that are tinged with violence, causing sustained tension, heightened emotional states, and an experience of disembodiment for the viewer.

American photographer Philip-Lorca diCorcia’s unflinching portraits of people in urban settings, while utterly realistic, have the feel of staged film scenes. For diCorcia, photography eludes and reveals at the same time, rendering the viewer both active witness and scene narrator. His most recent body of work, Heads, is a series of portraits taken in New York City. The images evoke the street photography tradition of Paul Strand, Walker Evans, Harry Callahan, and Robert Frank.

Kevin Hanley is a Los Angeles-based artist who is actively involved in a variety of art forms. His visual art includes installations, video works, and photo-digital prints that conduct spare, humorous investigations into the mechanics of the media. While growing up in the digital age, Hanley became interested in invading the linear narrative to explore the frenetic space that is accessible through technology. His playful pieces toy with appropriated and original imagery by distorting functions of time, space, movement, sound, context, and color to create new perspectives. Hanley has exhibited worldwide, and his work is included in the collections of the Los Angeles County Museum of Art and the Museum of Contemporary Art, Los Angeles.

A native of San Jose, California, Chris Johanson is a visual artist based in the Mission district of San Francisco. He typically creates site-specific sculptural installations, which include figurative images, candid yet humorously-written commentary that collectively addresses salient issues, from personal relationships to world events with a sense of humor, to represent varied social and economic realities of life in urban San Francisco. In recent years, Johanson’s work, along with the work of other artists of the “Mission School,” has become one of the most identifiable aspects of contemporary art in the San Francisco Bay Area for its highly personal and activist-like visual vocabulary. He participated in the current Whitney Biennial and is working on exhibitions in Los Angeles, New York, Vienna, Tokyo, and San Francisco.

Japanese artist Yayoi Kusama made a splash in the New York art scene of the 1950s and 60s by creating provocative and influential art in a variety of media, much of which foreshadowed important art movements and helped to shape the 1960s art aesthetic. Her sewn-and-stuffed canvas series Compulsion Furniture prefigured the emergence of references to the body and sexuality in the postminimalist sculpture of artists such as Eva Hesse. She contributed to the emergence of Environments with her Infinity Mirror Rooms and to Happenings with her nude body painting performances and her fashion shows. Kusama, who continues to work out of a psychiatric hospital in Japan, has been the subject of major retrospectives in recent years, as art critics have begun to acknowledge her unique body of work and the seminal role it played in the development of contemporary art.

Cildo Meireles has played a vital role in the trajectory of Brazilian art over the last 50 years. Emerging in the mid 1960s when international art was undergoing formal and conceptual shifts, Meireles’ work helped galvanize theoretical discussions about art and its relationship to the social and political world in which it is presented. His prodigious oeuvre, which includes large installations, sculptures, and drawings, is marked by a consistent conceptual complexity as well as an attentiveness to the physical experience of making and seeing art. His installations invite the viewer into tactile environments, intimately engaging the senses in the experience of the art. Meireles was the subject of a retrospective presented at the New Museum of Contemporary Art in New York in 1999. This retrospective was accompanied by the publication of a major monograph.

Emerging New York City-based artist Paul Pfeiffer has been receiving substantial attention for his digitally engineered installations, which find unique ways of appropriating popular imagery to stirring effect. Pfeiffer works in a variety of media including sculpture, photography, and computer photocollage, but is perhaps best known for his video installations examining the popular sports phenomenon. In these installations, images of athletes and fans are remade into digital totems, and their interactions are used as visual laboratories to examine the effects of contemporary media forms on human forms and perceptions. Pfeiffer has exhibited at prestigious shows and galleries throughout the world, and he is the recipient of numerous awards and fellowships.

German artist Gregor Schneider has carved a unique niche for himself in the contemporary art world by focusing on the ongoing reconstruction of his family home, where he has been adding walls, partitions, and rooms. Later, he began to dismantle pieces of house, accompanied by home videos and photographs, and reconstruct them in galleries all over the world. Schneider’s perpetually expanding dwelling generates a strong sense of uncanniness and suspense. His creations call into question the relationships between identity and home, mind and architecture, and living and constructing. Schneider has received numerous awards and exhibited worldwide.

Bill Viola has long been recognized as a pioneer of video art. His contributions to the genre helped define the medium as it expanded to include multiple-screen projections and immersive spatial environments. From the beginning, he has kept abreast of technological advances. However, a primary characteristic of his work is the avoidance of a “tech” aesthetic in favor of themes of consciousness, contemplation, and spirituality, which are often represented in a deeply personal address to the viewer. In 1995 Viola represented the United States at the Venice Biennale with a highly acclaimed group of works titled Buried Secrets. A Getty Scholar grant in 1998 enabled him to write and publish Reasons for Knocking at an Empty House: Writings 1973-1994. In 1997, The Whitney Museum of American Art organized a comprehensive 25-year survey of his video work, which toured extensively throughout the United States and Europe.

Rachel Whiteread is known for literally turning common objects like bathtubs, mortuary slabs, mattresses, and cupboards inside out through a casting process. Her objects are records of the space they occupy but they are also psychological momento mori of objects already deeply and emotionally charged. Memory and death are important references for these starkly white objects. Whiteread was born, lives and works in London, England. She was the recipient of the Turner Prize at the Tate Gallery, London, in 1993 and has shown at the Museum of Modern Art in New York. 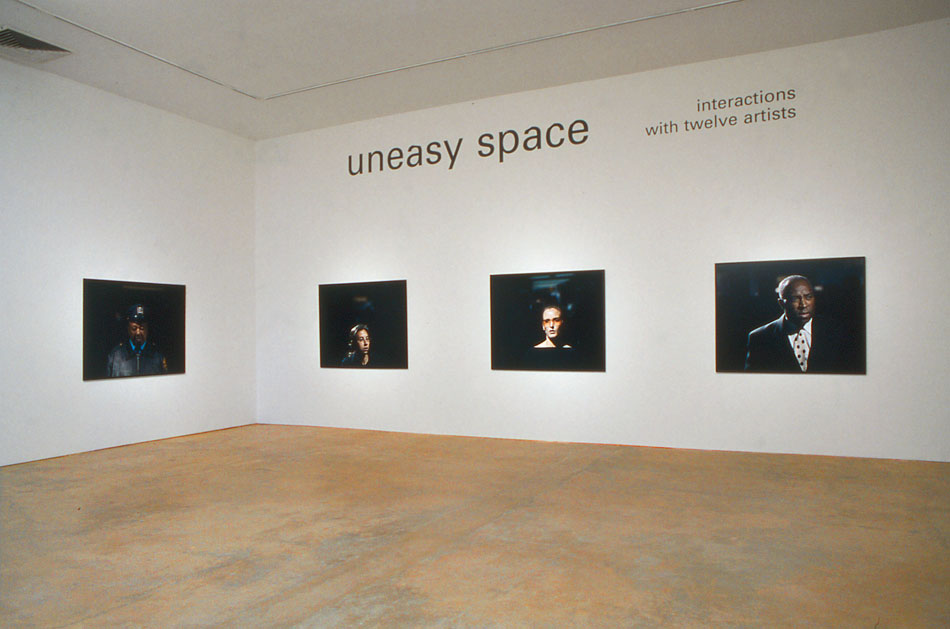 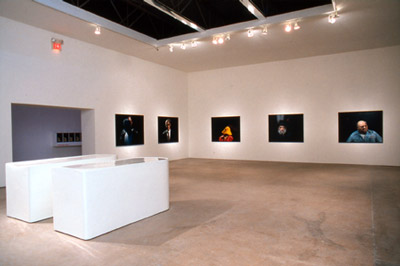 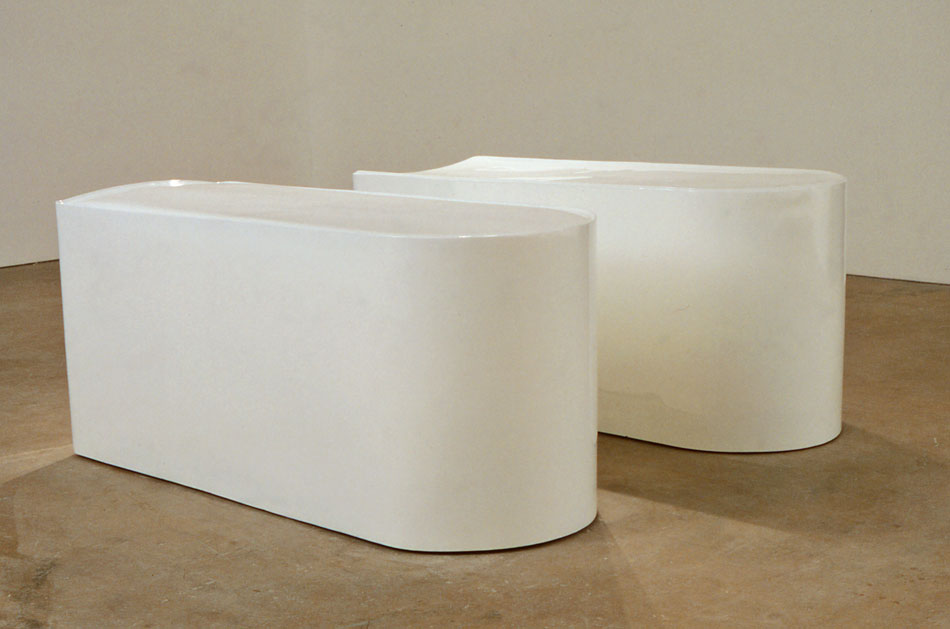 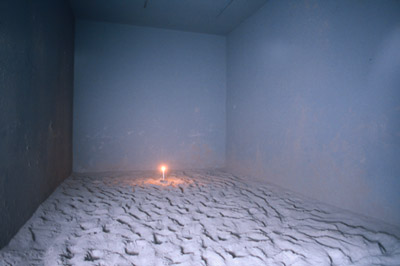 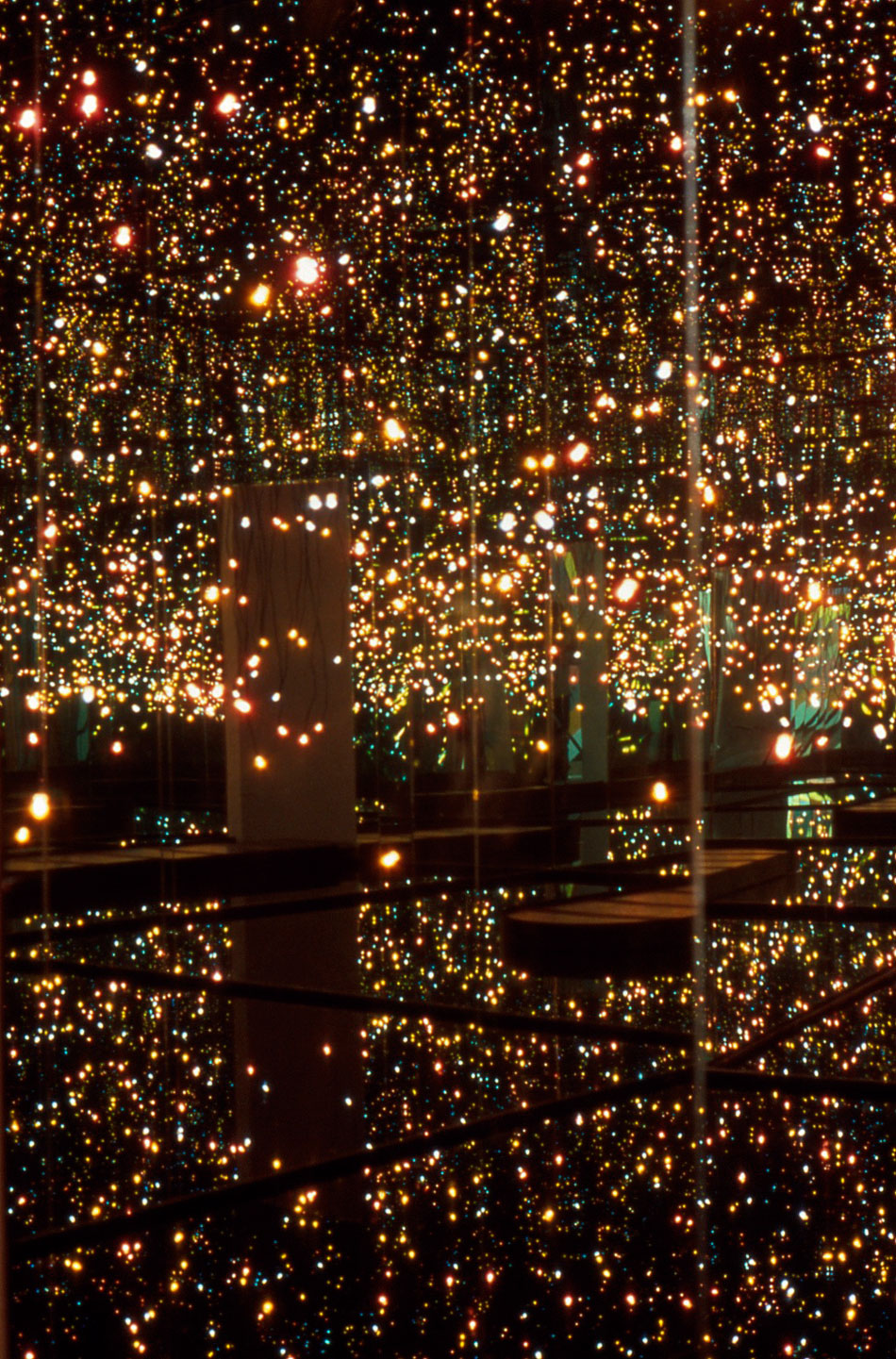 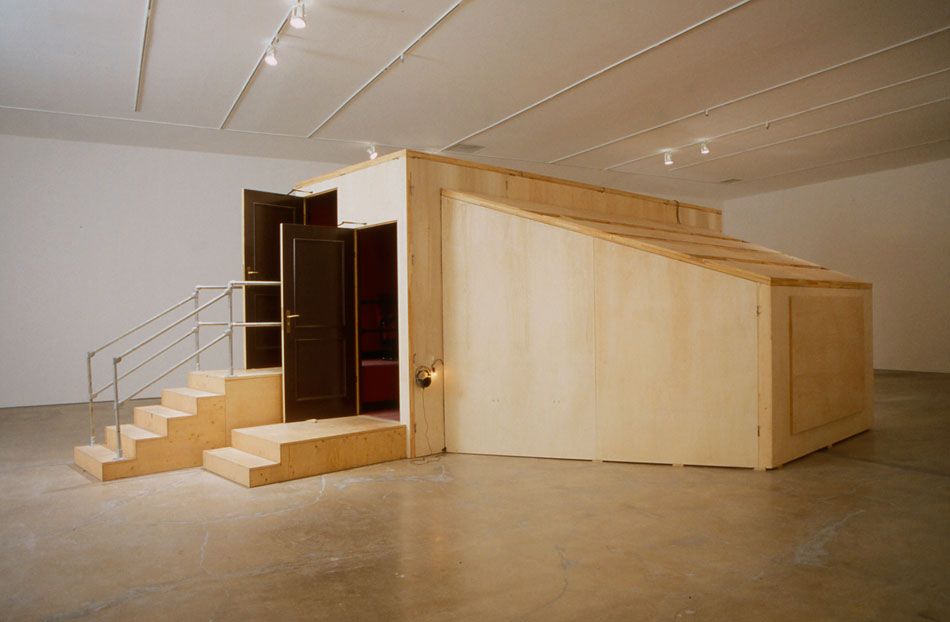 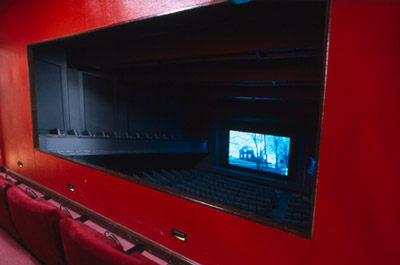 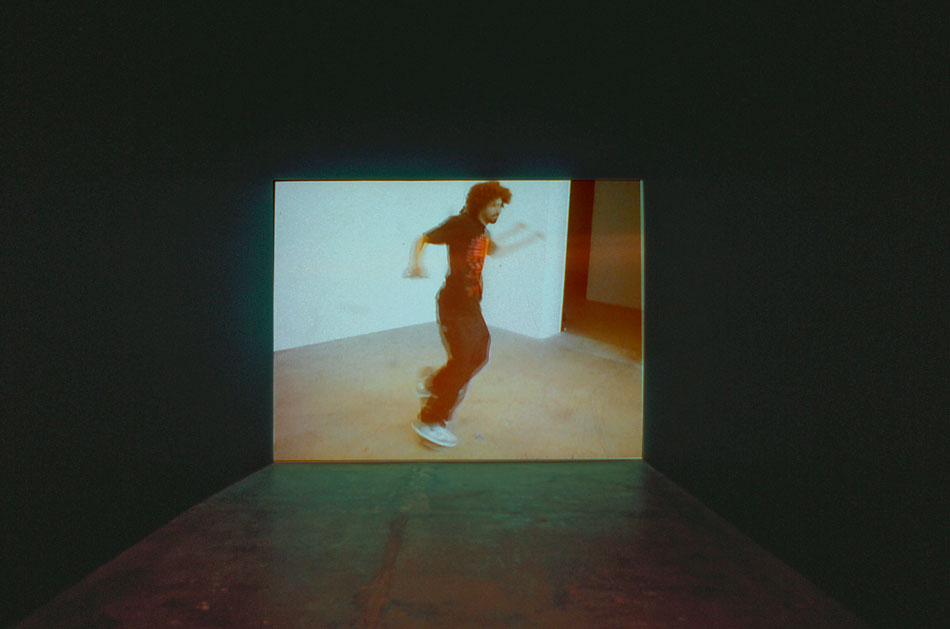 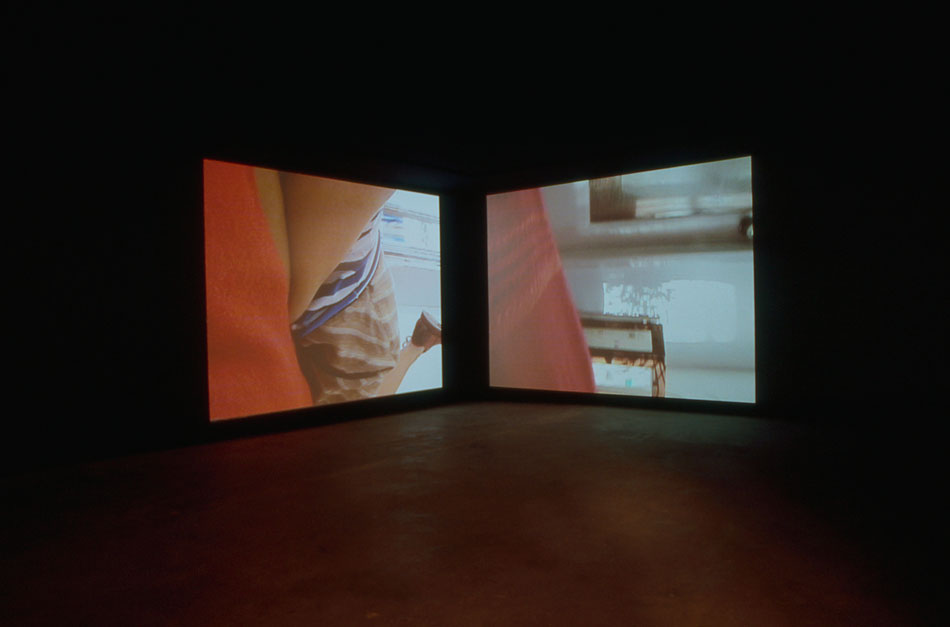 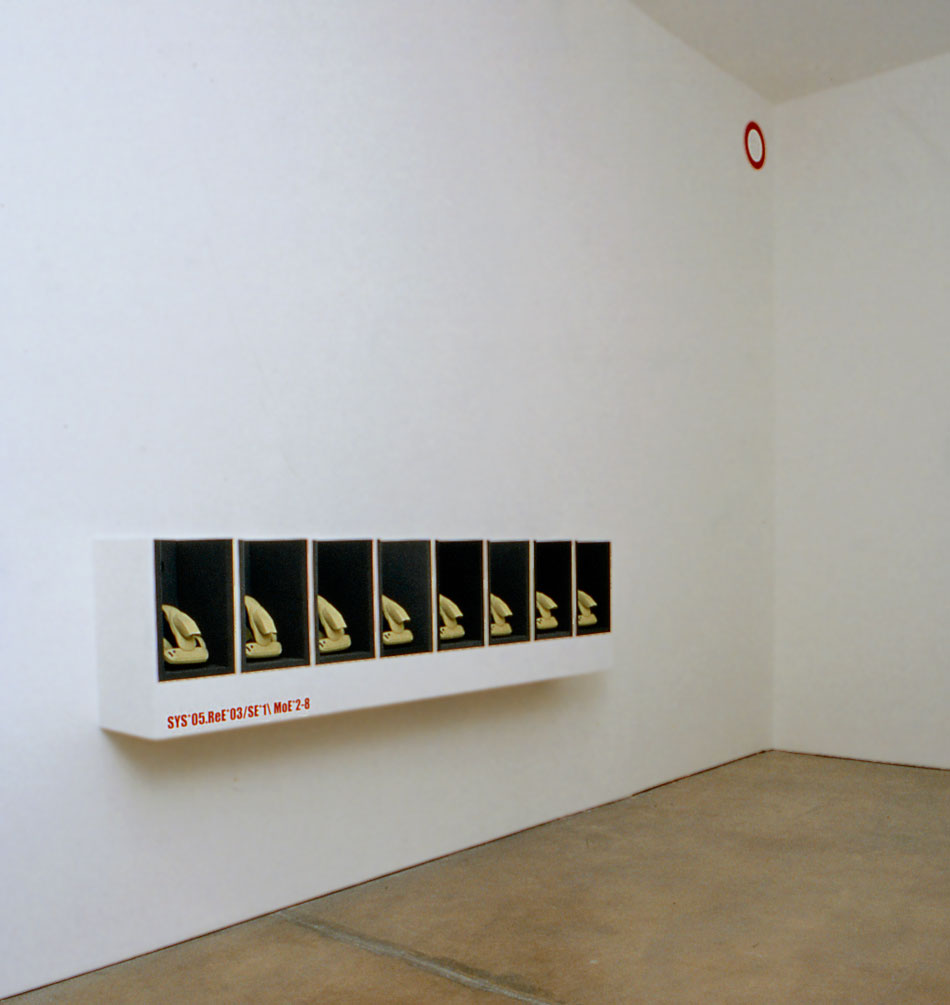 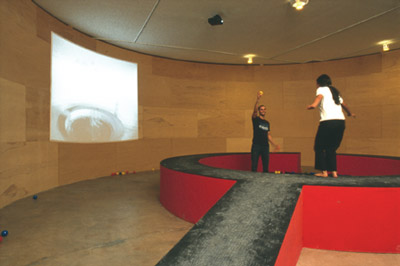 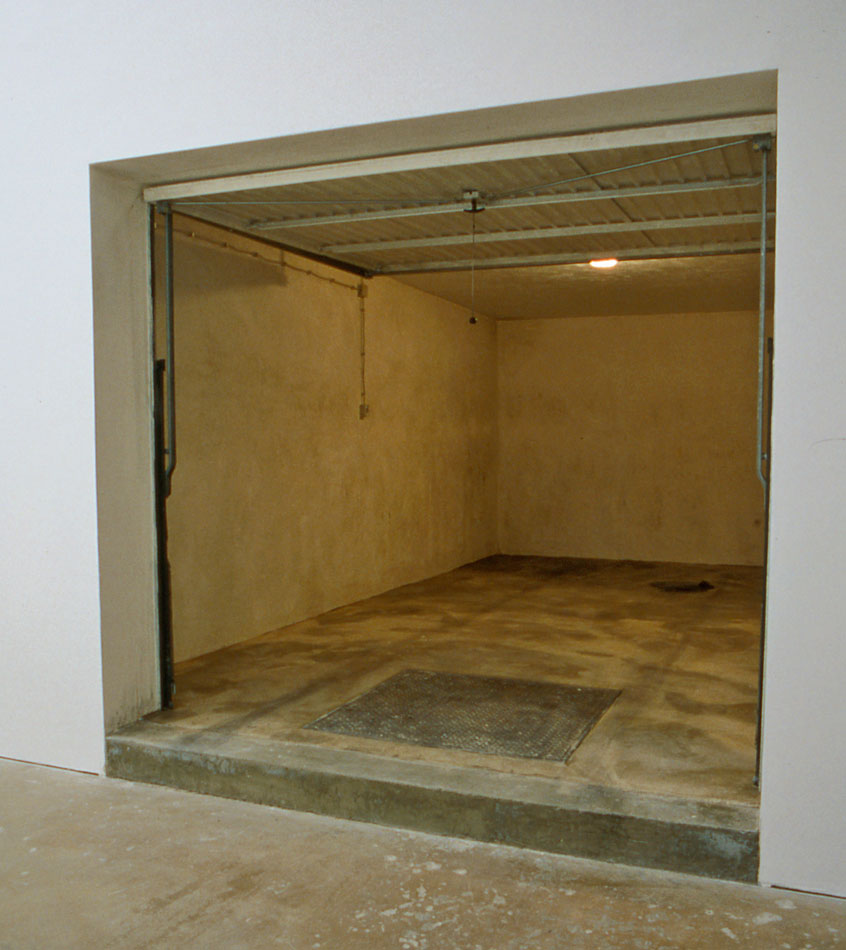 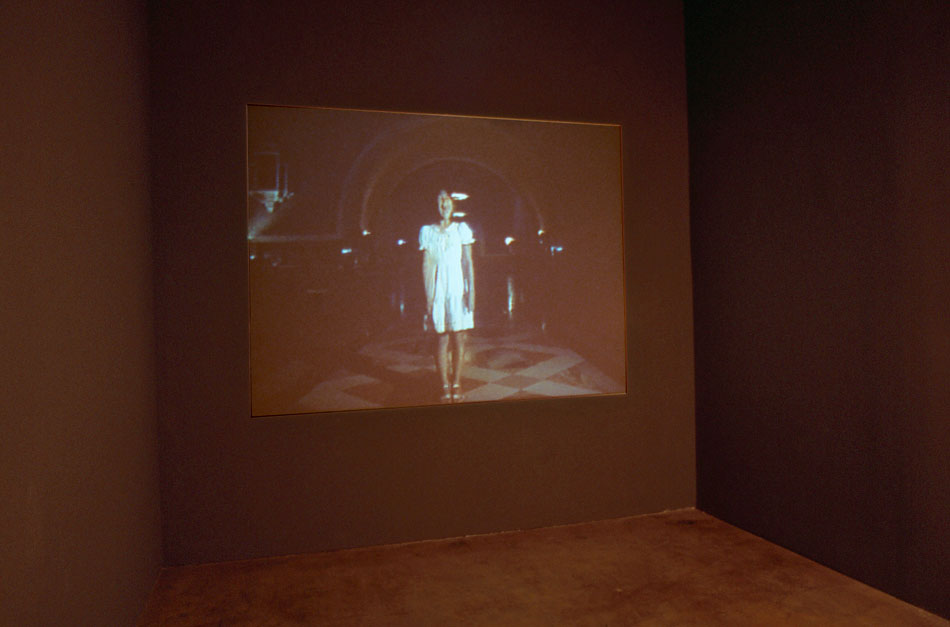 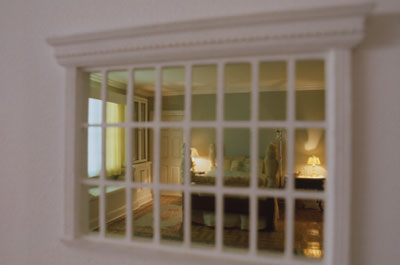 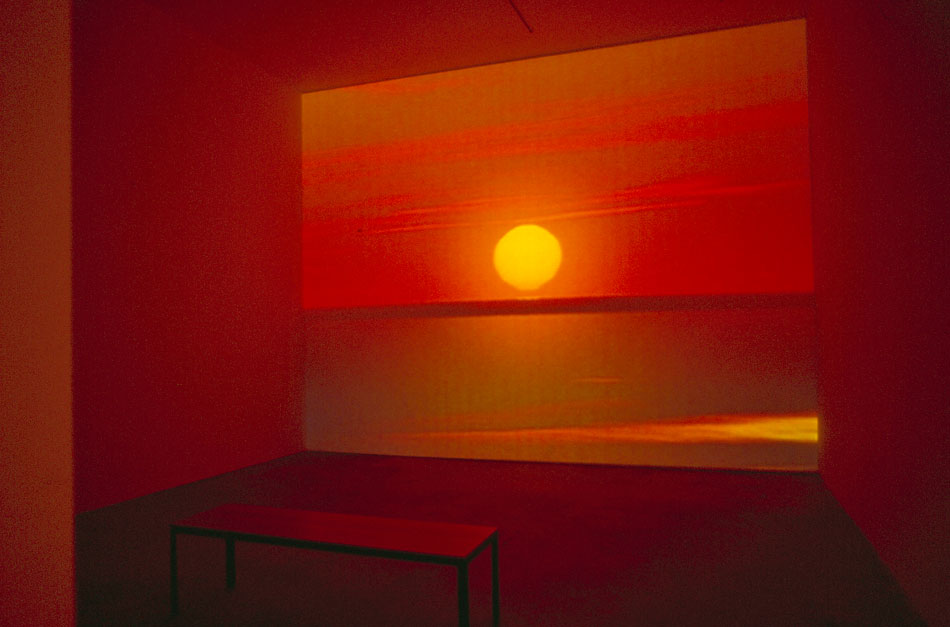 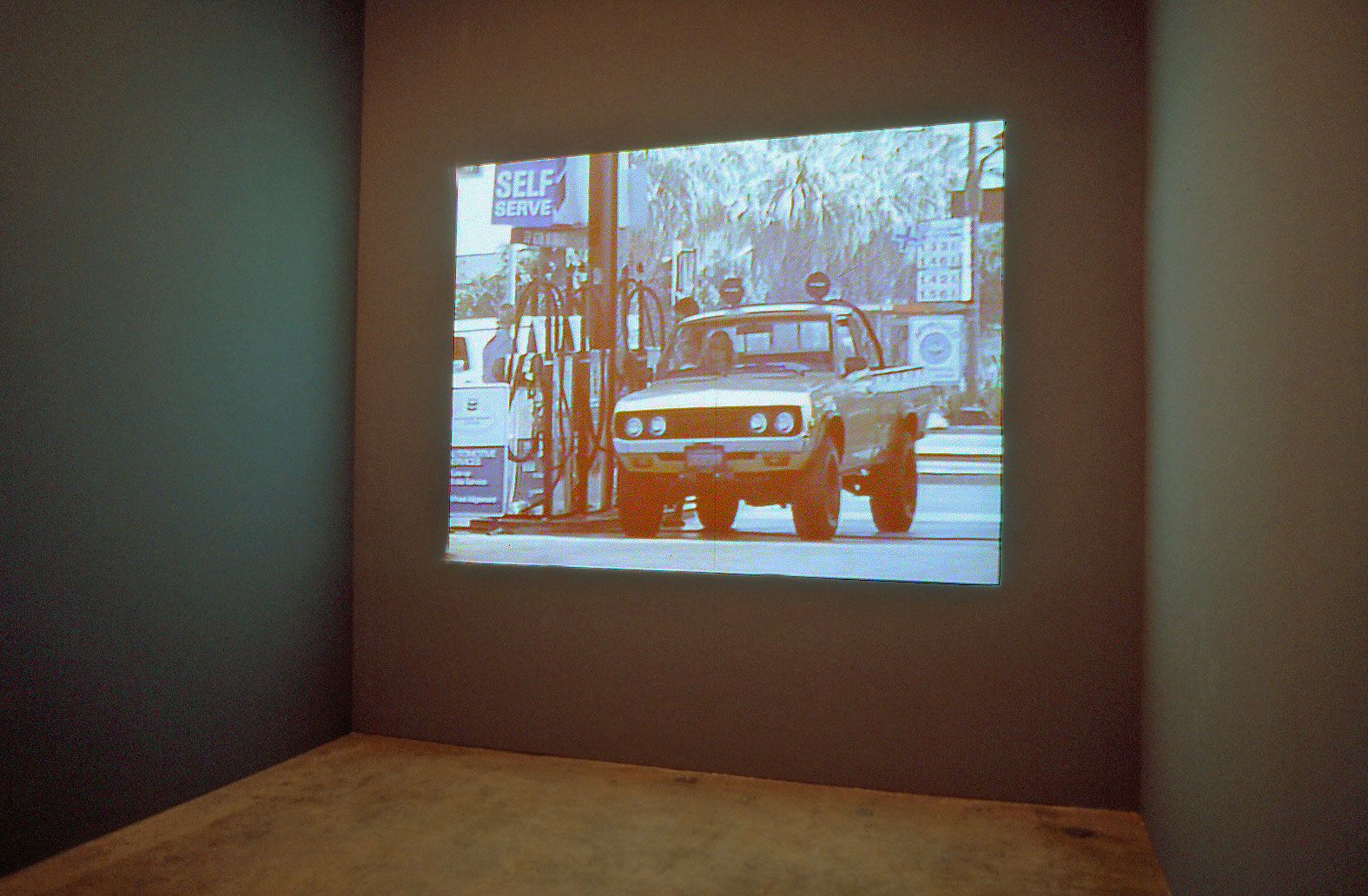