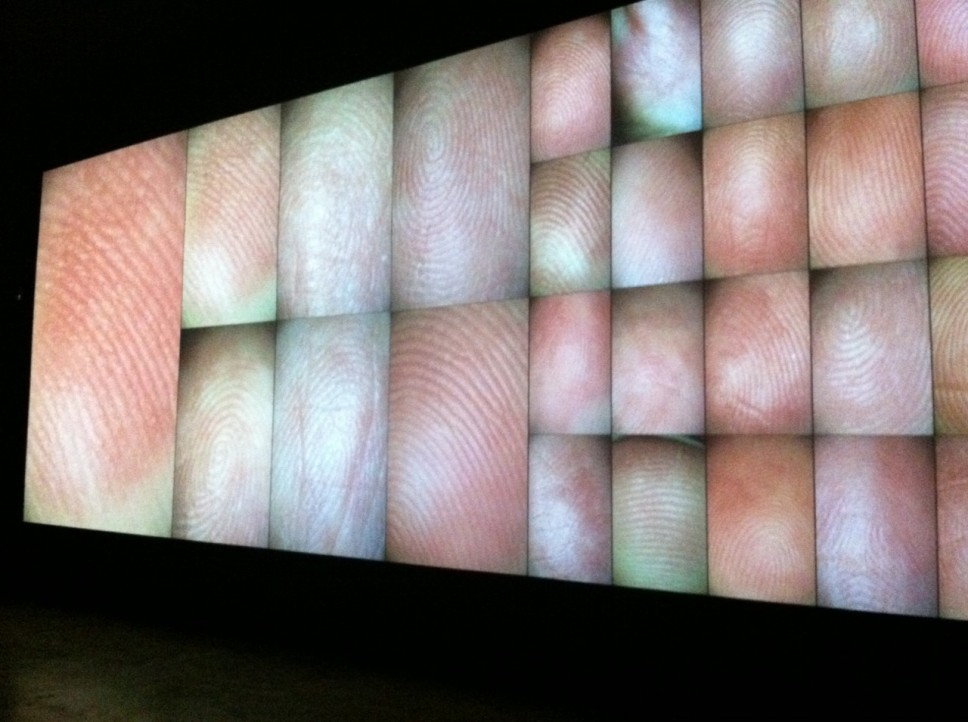 Time-Lapse challenges the notion that an exhibition is a fixed entity with artworks that remain consistent throughout the time the exhibition is on view. Time-Lapse explores the possibility of a more dynamic exhibition environment by including artworks that change over time and utilizing curatorial structures that are based on change. With hourly, daily, and weekly alterations to the works in the show, no two days ofTime-Lapse will be the same. Questioning the nature of time is a subtext for some of the works in the exhibition; other works question the nature of current curatorial practice by exploiting alternative time-based exhibition platforms such as the performance series or the Internet.

Time-Lapse consists of works of art in which the notion of change over time is integral to the structure of the artwork itself. Mary Temple’s Currency is a drawing project the artist began on September 24, 2007 and has continued every day since. Temple creates a new drawing from images and headlines from various internet news sites, including The New York Times and others. She makes a portrait of a political figure depicted in the news and creates accompanying text that is an amalgam of the headline and the image caption. During the run of Time-Lapse, Temple will scan her daily drawings and send a digital image to SITE, where the image will be printed out and added to a growing grid of drawings on the gallery walls. Byron Kim’s Sunday Painting is a project he has been engaged in since 2001. Each Sunday, Kim creates a painting of the sky from wherever in the world he finds himself. The skyscapes are coupled with diaristic text, creating a dialogue between the infinite and the everyday. Each week of Time-Lapse, Kim will send a new Sunday Painting to SITE. Rafael Lozano-Hemmer will present a selection from a body of technological-based artworks he refers to as Recorders, which depend upon audience participation to take form. Pulse Index, for example, is an interactive installation in which participants fingerprints and heartbeats are recorded and become the visual and sonic material of the artwork.

Eve Sussman and Rufus Corporation’s whiteonwhitealgorithmicnoir is an experimental film noir set in a dystopian “future-oplis” named City A. The film is edited in real time through a custom-designed computer algorithm that draws on 3,000 film clips, 80 voice-overs and 150 pieces of music. The film runs continuously with a constantly changing narrative that never presents the same juxtapositions of images, words, or music.

Time-Lapse also incorporates curatorial models that emphasis the daily, weekly, or monthly changing of the artworks in the exhibition. These are epitomized by the March 2012 project and the Time Capsule Lounge.

In 1969, Seth Siegelaub, pioneering supporter of conceptual art, organized March 1969 a.k.a. One Month, an exhibition that existed only in catalogue form. Siegelaub invited thirty-one to contribute a work; one for each day of the month. Time-Lapse curators Irene Hofmann and Janet Dees have conceived of a project that is an homage to Siegelaub’s ground-breaking “exhibition,” updated for today’s virtual, technological world. March 2012 will be hosted on the homepage of SITE’s website. Each day during March one work by a different artist will be featured. The participating artists are an intergenerational group currently working with conceptual, time-based and media-orientated practices. March 2012 artists include: Axle Contemporary, Daniel Bejar,Martin John Callanan, Beth Coleman + Howard Goldkrand, Ron Cooper, Matthew Cusick, Faith Denham, Brent Green, Hillerbrand + Magsamen, Jennie C. Jones, Tellervo Kalleinan + Oliver Kotchta-Kalleinan, susan pui san lok, Conor McGarrigle, Linda Montano, neuroTransmitter, Huong Ngo, Paul Notzold, Geof Oppenheimer, Ben Patterson, Dawit Petros, Adrian Piper, Lilian Porter,Postcommodity, Mark Tribe, Claudia X. Valdes, and Donald Woodman. A cumulative archive of the project will be presented in the galleries. If you visit SITE during the month of March you will be able to view all the works presented on the website up to that day. During the months of April and May an archive of all thirty-one works will be on view.

The Time Capsule Lounge occupies a physical space within the exhibition for a constantly evolving series of activities and events including film screenings, performances, discussion groups and lectures. As part of the programming in the Time Capsule Lounge, Santa Fe-based art collective Meow Wolf will present a series of performances on selected Fridays. A film series exploring the different ways time has been treated within the history of cinema will be screened continuously. Also, in a unique collaboration with Collected Works Bookstore & Coffeehouse, the Time Capsule Lounge offers visitors the opportunity to relax and read. Time travel to your heart’s content with selections from a library of science fiction, classics and contemporary additions to the genre, including Time Machine by H.G. Wells; Now Wait for Last Year by Philip K. Dick; Doomsday Book by Connie Willis; How to Live Safely in a Science Fiction Universe by Charles Yu; Map of Time by Felix Palma; and11/22/63, by Stephen King, among others. Curated by Cynthia Melchert, Collected Works’ sci-fi specialist, many of the titles will be available for purchase from the SITE bookstore. Information about events in the lounge will be constantly updated and made available at SITE as well as online at SITE’s website and social media platforms. 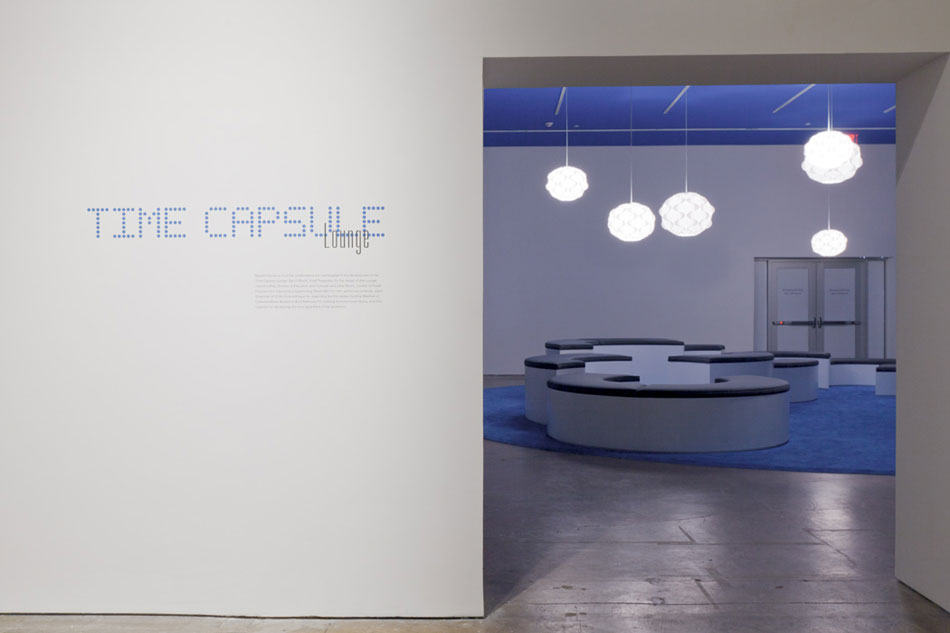 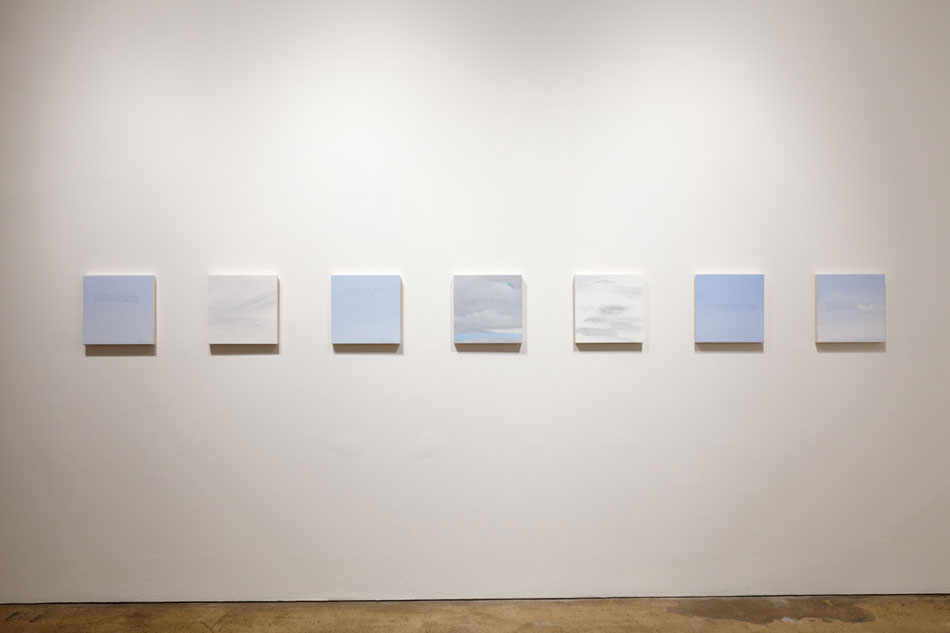 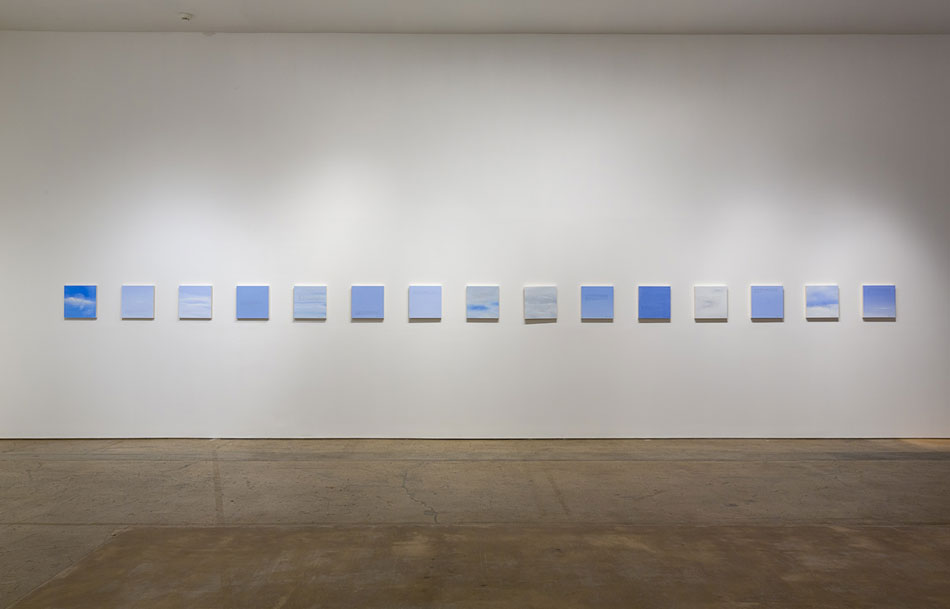 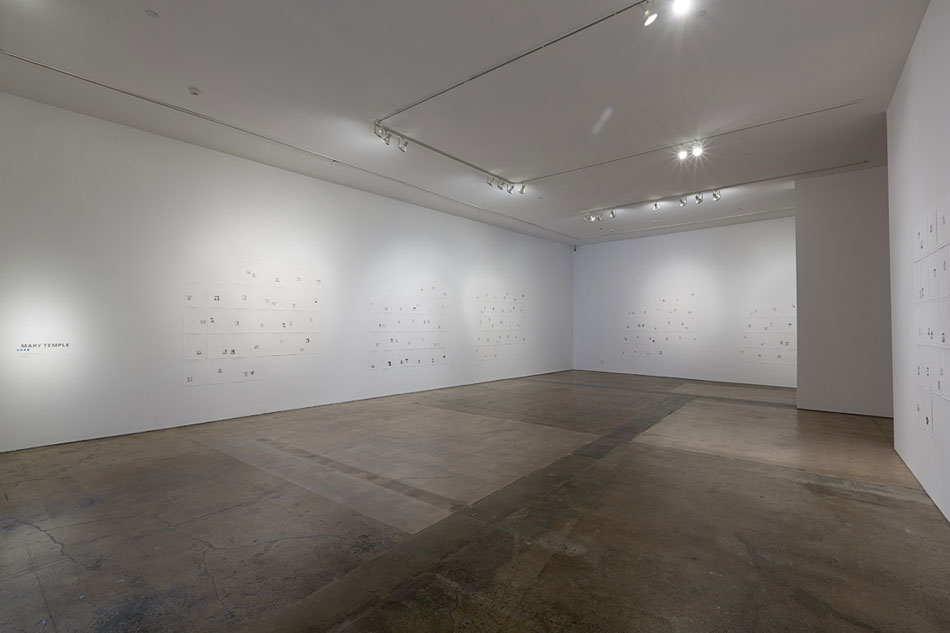 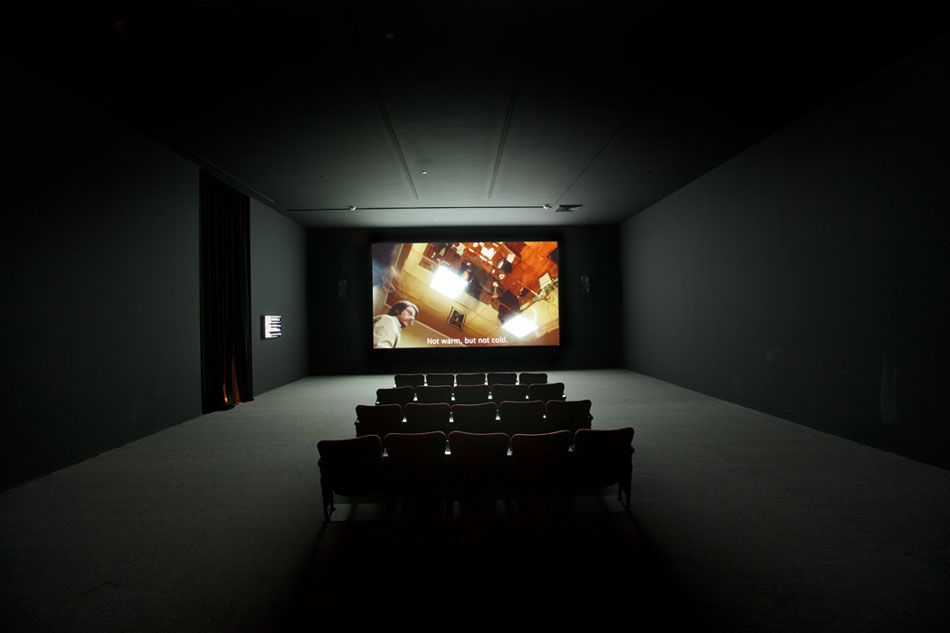 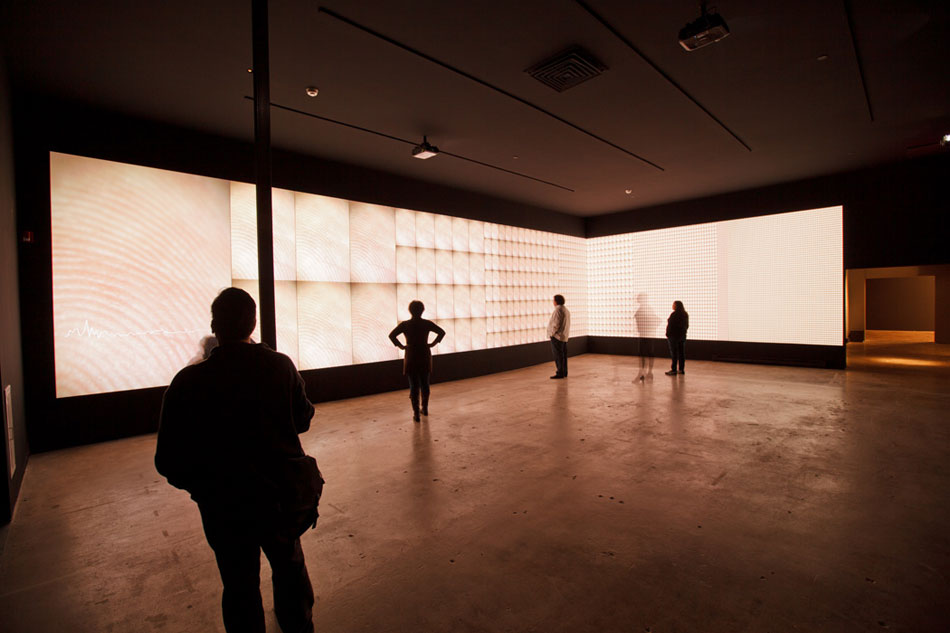 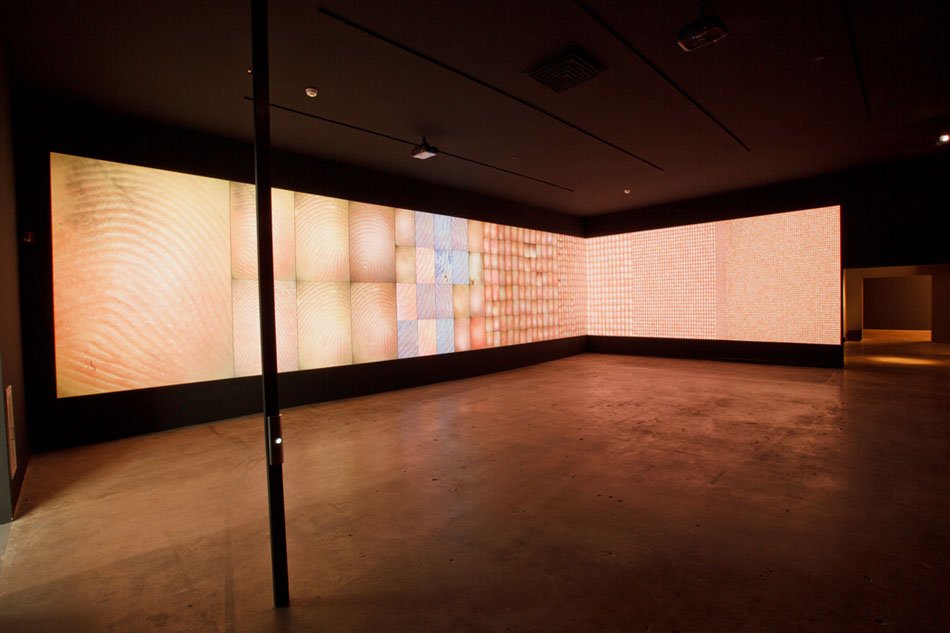