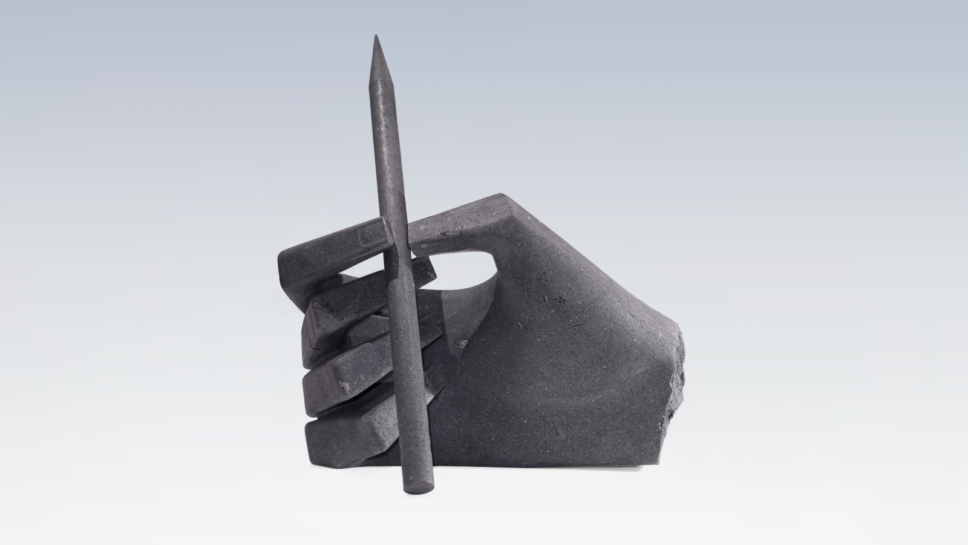 SITE Santa Fe is pleased to announce DIRECT ACTION, a solo exhibition by Mexican artist Pedro Reyes. Celebrated for his large-scale, immersive, sculptural projects addressing current social and political issues, Reyes’ work follows a double path: art as aesthetic research, and art as social practice. Over the course of his career, he has developed and designed creative projects that propose playful solutions to social problems through a variety of media. Reyes’ formal sculpture and conceptual and participatory strategies seek to engage community through play, humor and optimism. 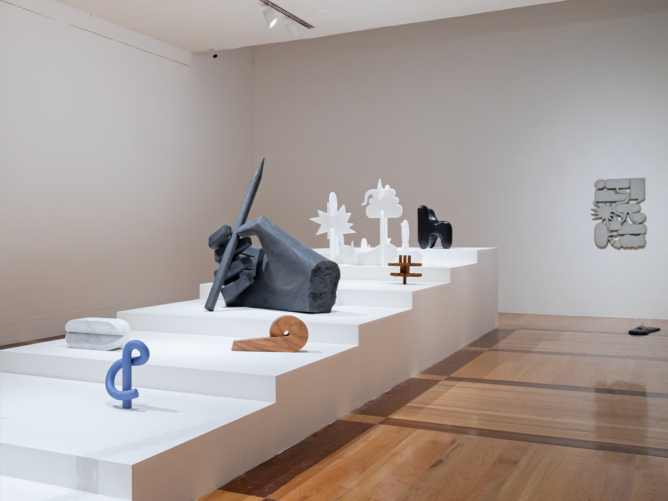 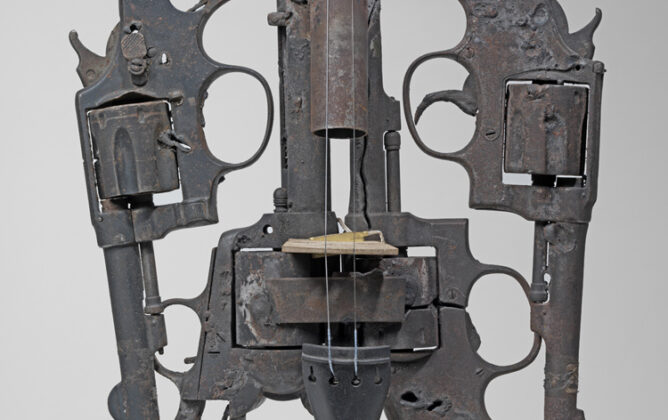 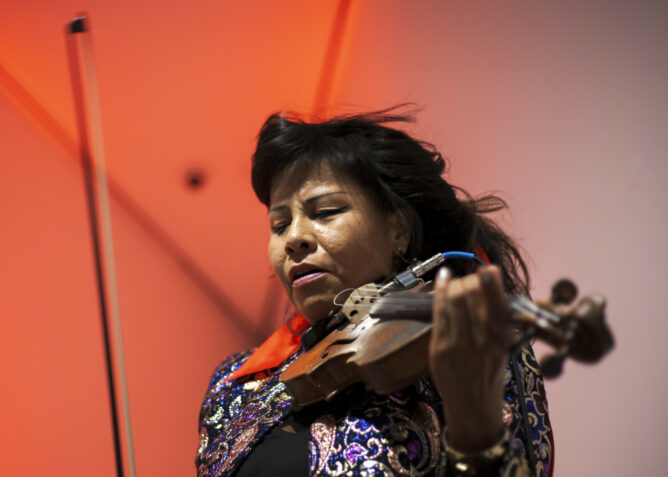 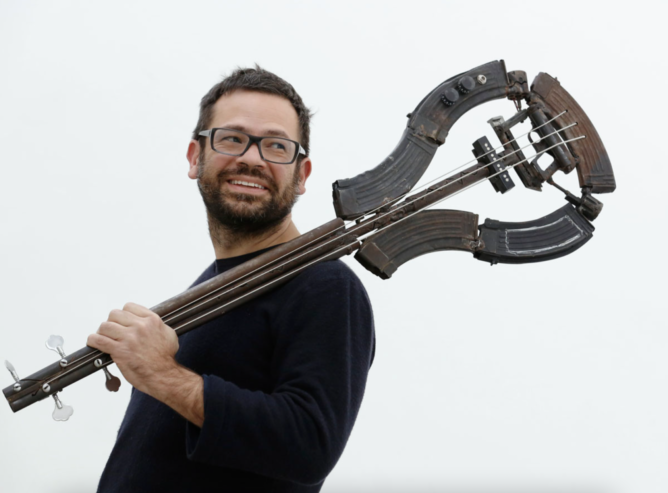 Throughout the run of the exhibition, local musicians will perform on Reyes’ Disarm instruments made from decommissioned firearms during first Friday evening hours. Tour of the exhibition to follow.
Learn More 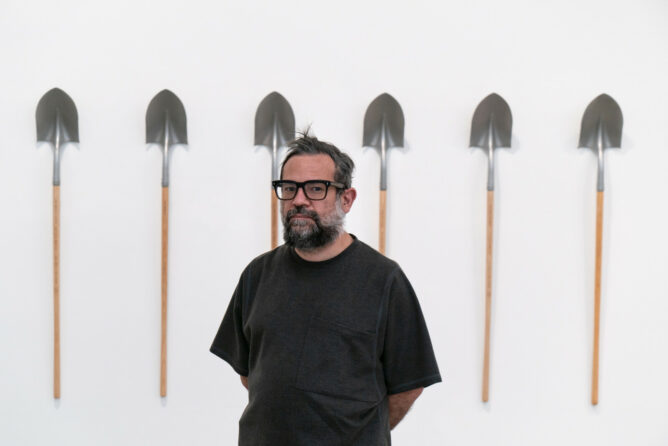 Pedro Reyes (Mexico City, 1972) studied architecture but considers himself a sculptor. His works integrate elements of theater, psychology and activism and take a variety of forms including penetrable sculptures (Cápulas, 2002-08) as well as puppet productions (The permanent revolution, 2014), (Manufacturing Mischief, 2018).

In 2008, Reyes initiated the ongoing Palas por Pistolas project in which 1,527 guns were collected in Mexico through a voluntary donation campaign to produce the same number of shovels to plant 1,527 trees. This led to Disarm (2012), where 6,700 destroyed guns were transformed into a series of musical instruments.

In 2013, he presented the first edition of pUN: The People’s United Nations at the Queens Museum in New York. pUN is an experimental conference in which ordinary citizens act as delegates from each of the UN countries and try to apply techniques and resources from social psychology, theater, art and conflict resolution to geopolitics. The second edition of pUN was held at the Hammer Museum in Los Angeles (2015). The third pUN General Assembly took place in December 2015 at the 21st Century Museum in Kanazawa, Japan.

In 2015, he received the U.S. State Department Medal for the Arts and the Ford Foundation Fellowship.

In late 2016, he presented Doomocracy, an immersive theatrical installation commissioned by Creative Time. He held a visiting faculty position at the Massachusetts Institute of Technology during the fall of 2016, and held his residency at MIT CAST as the inaugural Dasha Zhukova Distinguished Visiting Artist. In addition, continuing his work with firearms, Pedro Reyes presented Return to Sender (2020) at the Tinguely Museum in Basel, which consists of a series of music boxes constructed from gun parts. Each box reproduces a well-known classical piece from the country of origin of the respective manufacturer. For Austria, a music box made from Glock gun parts plays Mozart; for Italy, Beretta guns play Vivaldi, etc. Alluding to the fact that the problem of violence begins in the factory where the guns are made.

Recently, Pedro Reyes was commissioned by The Bulletin of the Atomic Scientists together with ICAN, the International Campaign to Abolish Nuclear Weapons, winners of the 2017 Nobel Peace Prize, to raise awareness of the growing risk of nuclear conflict. For this collaboration, he developed Atomic Amnesia which was presented in Times Square in May 2022. Reyes received the Luxembourg Peace Prize in 2021 for his work on disarmament.

Support for DIRECT ACTION is generously provided by