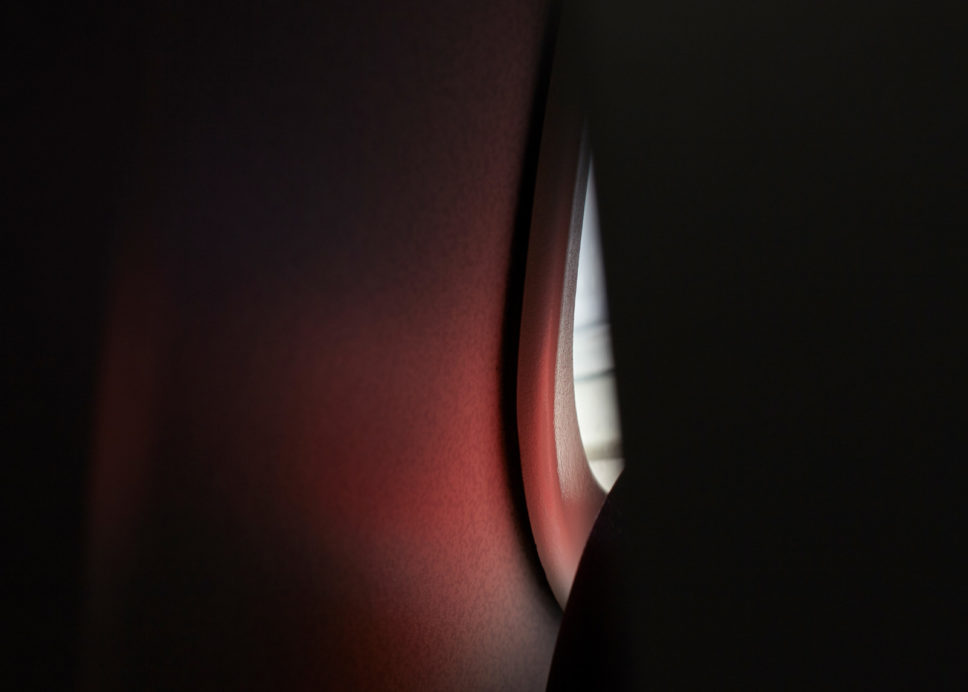 SITE Santa Fe is pleased to announce Kate Joyce: Metaphysics, an exhibition of photographs created between 2012 and 2019, during a period when Joyce was regularly commuting by air. This series of photographs highlights the way static images can capture the passage of time, revealing fragments of its movement through light and space.

Spending so much time in the sky, Joyce began to see the window seat as its own destination: a “studio of constraint.” In the beginning, she photographed out the window, capturing the mesmerizing aerial views, but soon turned her lens inside, towards body shapes, reflected sunlight, the curves of the interior airplane architecture, and halos of color refracted from passengers’ clothing onto the plastic interior surrounding them. In addition to the exhibition, a new and forthcoming book of photographs from Metaphysics will be published by Hat & Beard Press, Spring 2022.

For the past 25 years, New Mexican photographer Kate Joyce (b.1979) has used the visual image to explore themes of intimacy and the elemental qualities of light, texture, and color. She received a Lewis Hine Documentary Initiative Fellowship (2003-2004) for her work in Bloemfontein, South Africa, and has published two books of photographs: Metamorphoses and Big Ears Knoxville (Hat and Beard Press). She studied photojournalism and sociology at San Francisco State University, Spanish in Guatemala and Chile, and documentary photography at the Center for Documentary Studies at Duke University. Her work explores the commonplace and highlights the complex beauty of the mundane through a wide range of subjects from everyday life. 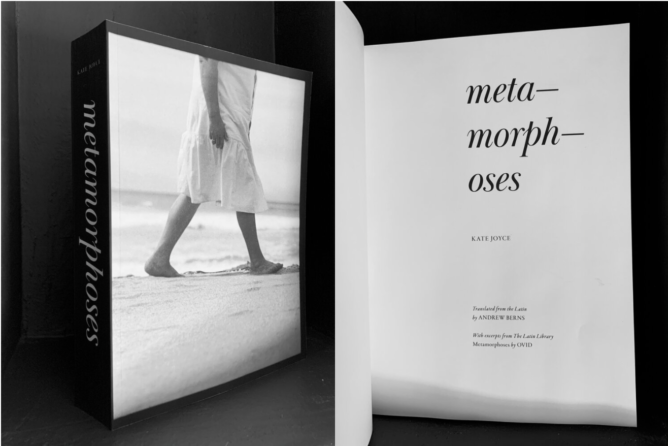 A multimedia presentation of the book, Metamorphoses. Photographs by Kate Joyce, translation from Latin by Andrew Berns, and live soundscapes by Justin Ray, aka RMX#13. The event at SITE Santa Fe will include a selection of stories from the book and a signing after the performance.

Metamorphoses transforms Ovid’s collection of myths from the ancient world, written toward the end of his life nearly two thousand years ago, into a photographic journal of contemporary life. The book details themes and stories that historically and predominantly have been described through male narrators and on a European stage and are seen in the people, architecture, landscape, and animals of a Latin American country—from Santiago to Tierra del Fuego.

Miss the event? Catch the #LunchTalk! 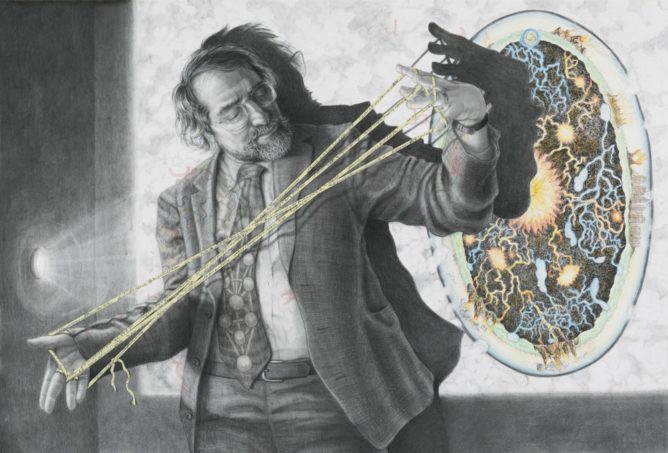 On the last day of Kate Joyce’s Metaphysics, renowned author Lawrence Weschler will share a compilation of his responses to the show to introduce the forthcoming book version of the series.

Lawrence Weschler, a graduate of Cowell College of the University of California, Santa Cruz, went on to a twenty-year stint at The New Yorker, followed by nearly fifteen years as director (now emeritus) of the New York Institute for the Humanities at New York University, though Southern California (where he was born in 1952 and then raised in the San Fernando Valley suburbs of LA) has remained his heart’s true home throughout. His more than twenty books include contrapuntal lives of both Robert Irwin (Seeing is Forgetting the Name of the Thing One Sees) and David Hockney (True to Life); Mr Wilson’s Cabinet of Wonder (on the Museum of Jurassic Technology); Vermeer in Bosnia (a wide-ranging collection which includes his celebrated New Yorker piece on The Light of LA); and more recently And How Are You, Doctor Sacks? a biographical memoir of his 35 year friendship with the late neurologist Oliver Sacks. For more, see www.lawrenceweschler.com

Support for Kate Joyce: Metaphysics is generously provided by William H. Miller and SITE Santa Fe’s Board of Directors Exhibition Fund. Additional funding is provided by the City of Santa Fe Arts and Culture Department and the 1% Lodgers’ Tax.