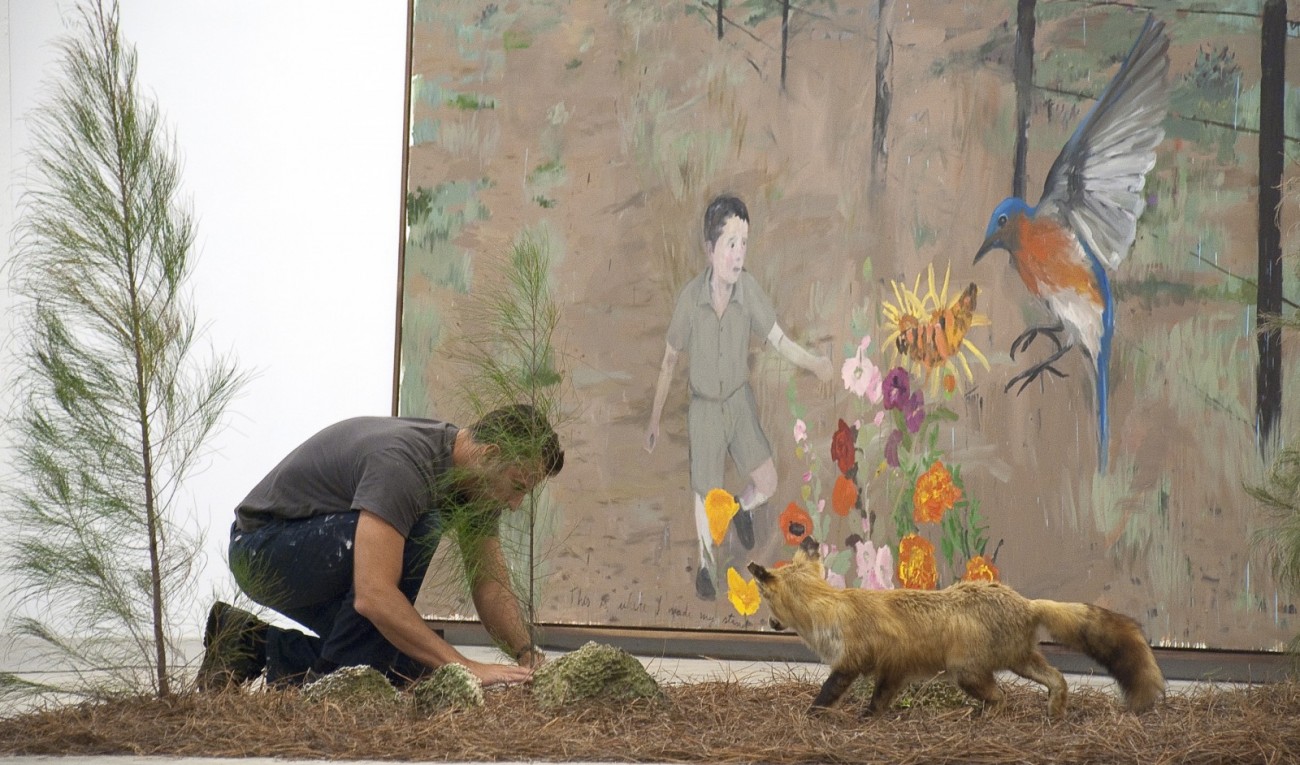 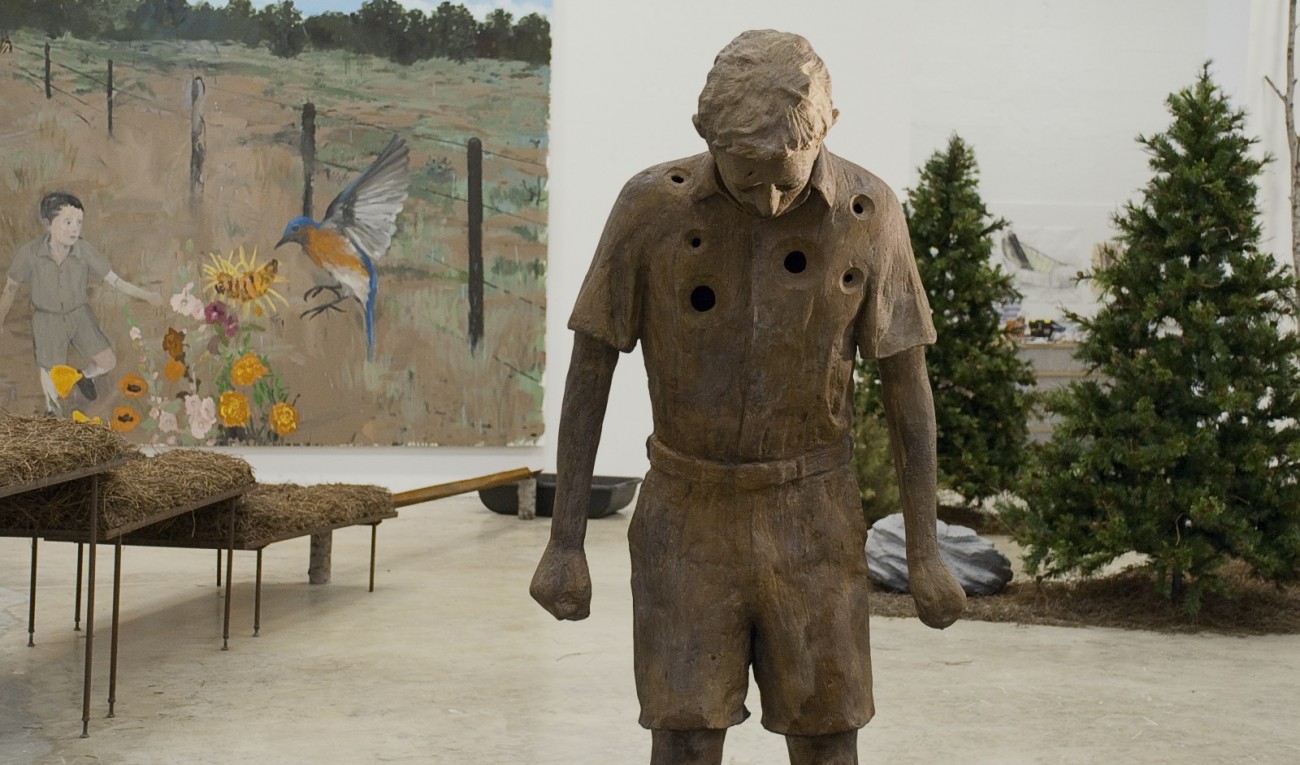 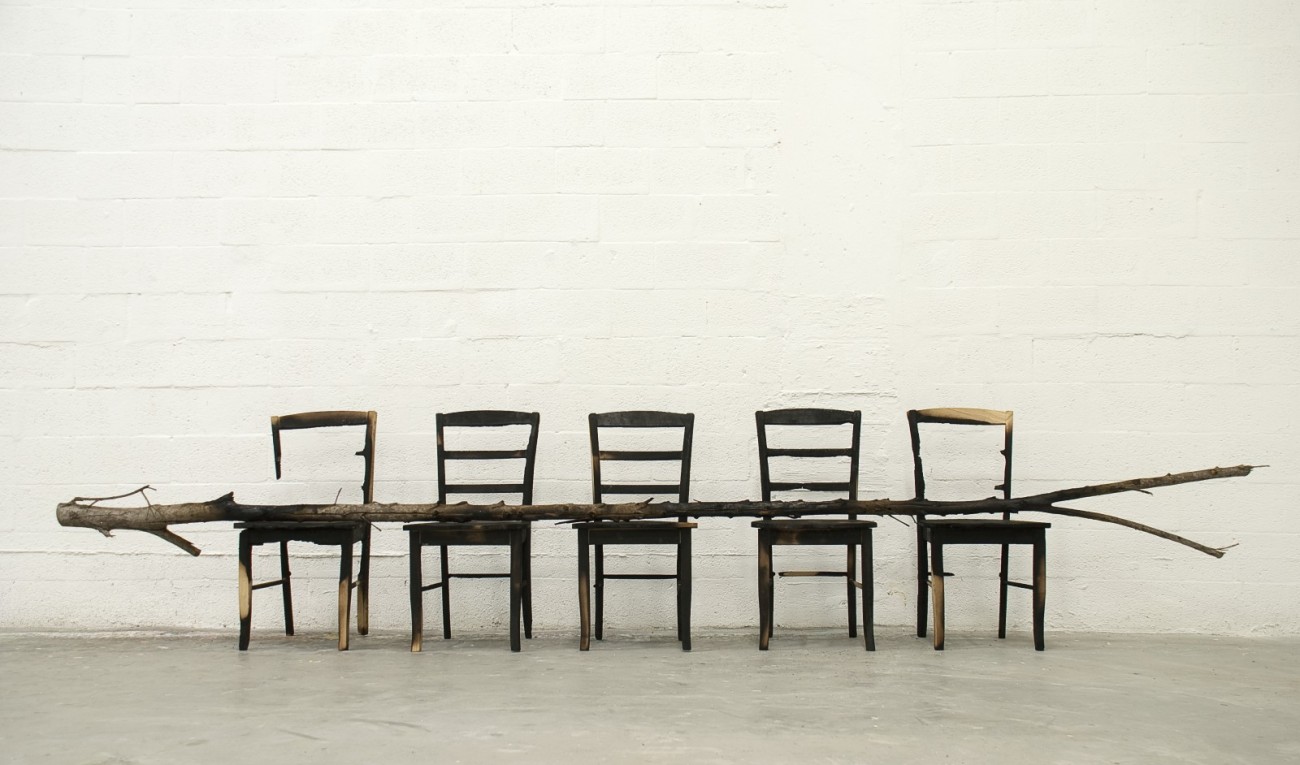 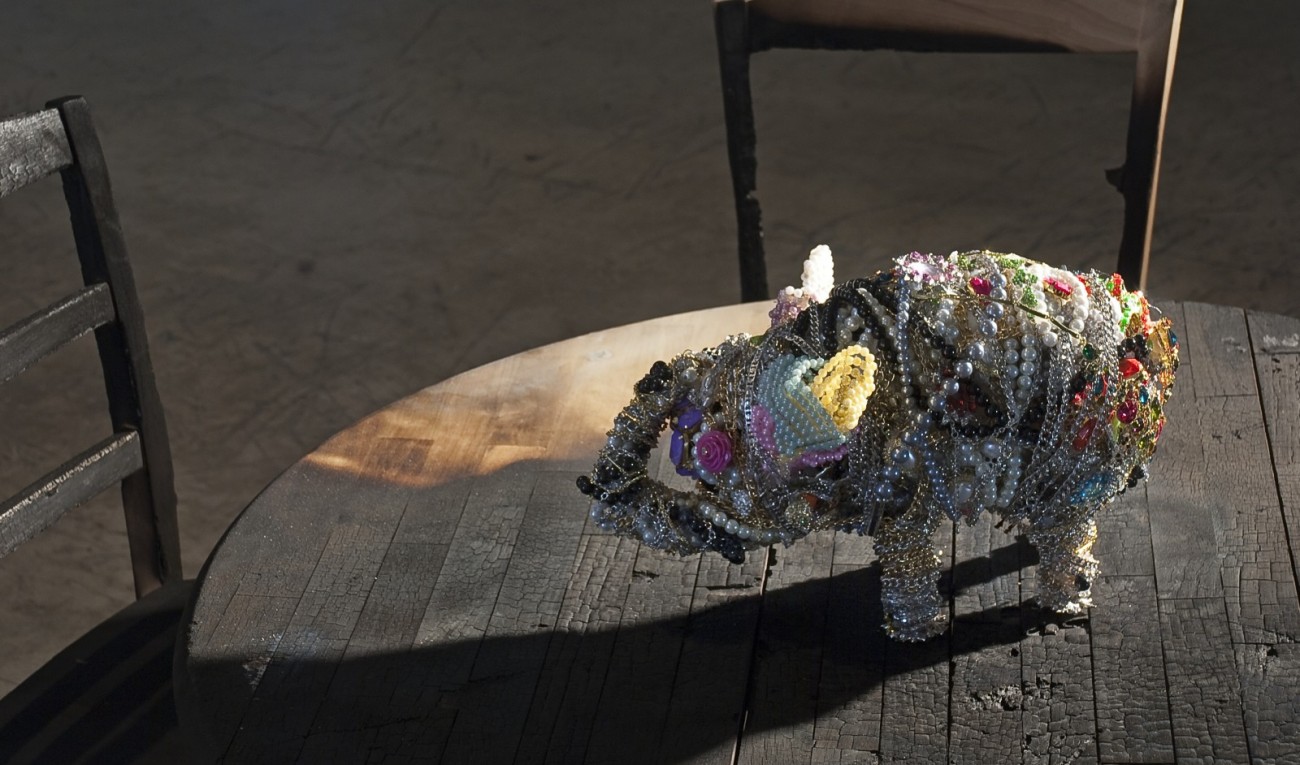 SITE Santa Fe is pleased to present a new project by Enrique Martínez Celaya entitled The Pearl.  For this exhibition, Martínez Celaya transforms almost 12,000 square feet of SITE’s gallery spaces into an immersive environment that includes painting, sculpture, video, photography, waterwork, sound, and writing, as well as the artist’s first musical arrangement. This exhibition integrates and expands many of the elements and ideas that the artist has engaged with over the last several years.  In The Pearl, the artist takes the notion of home as both a point of departure and a destination to craft a visual poem of strong emotional, philosophical and psychological resonance. The structure of the exhibition invites a specific movement through the galleries thus unfolding a multi-layered narrative where objects, images, and references are continuously reconsidered in a similar way that a piece of music, a film, or a novel are revealed in time.

In creating The Pearl, many materials and ideas come together as Martínez Celaya transforms the entire building into a work of art, whose imagery point to the natural world and the everyday seen through the window of sorrow. But far from being a work of despair, the power of The Pearl resides precisely in its ability to reinvent loss as hope and the mundane as the fantastic. The artist has said, “a pearl grows from an irritation, a desire to seal the disturbance, and this a fitting way to look at much of what we do with our life, or to what our life has done with and to us.”

The exhibition weaves together, among other things, music, sound, images of pine trees, the ocean and a German Shepherd, an elephant made of jewels, a burnt dining room set, and paintings of the past and the present, to evoke a state of unbearable concreteness as well as fantasy, where brutality, imagination, memory, and longing become different facets of the same experience. The artist wrote, “The Pearl is a poem about time, the marker as well as the current of those markers. Like memory, it retrieves and hollows what was, and in doing so, builds and undermines what is. Ostensibly it is made of objects, images, words, and sounds, but it is really written on the dust that was left in rooms long ago left silent. Rooms where the boy I used to be still waits for my return, sitting on a pine-wood chair, his eyes wide open.”

Citing aspects of the domestic as well as of the epic, of the small arc of individual histories as well as the big arc of time, the installation unearths memories seemingly left behind, and through this unearthing intimates there are secrets inherent in everything, particularly in the familiar.  In The Pearl, the concrete becomes the evanescent, a great loss gives way to the fantasy of the survivalist, and what has no remedy is reinvented as something better. For the artist, unresolved memories become the inspiration for a spectacular, enchanted, as well as dangerous world.

This installation will be accompanied by a documentary film on the making of The Pearl by Peter Kirby.

Martínez Celaya’s interdisciplinary practice, which encompasses painting, sculpture, photography and writing, is influenced by a wide array of interests including Nordic poetry, samurai mores, quantum physics, the emotional mechanisms of kitsch, analytic and continental philosophy, Latin American literature and everyday life. Martínez Celaya begins with the autobiographical to explore the universal. Although his figures echo archetype-like symbols alluding to larger existential concerns, the artist considers the subject matter the framework of his practice to be constantly evolving.

Martínez Celaya was trained as an artist and physicist. He earned a BS in Applied & Engineering Physics from Cornell University, a MS in Quantum Electronics from University of California Berkeley and a MFA in Painting from University of California, Santa Barbara. He has had solo exhibitions at the Hermitage Museum, St. Petersburg, the Miami Art Museum, the Berliner Philharmonie and the Orange County Museum of Art, among others. His works are included in several private and public collections including those of the Metropolitan Museum of Art, Whitney Museum of American Art, Museum of Fine Arts, Houston, Los Angeles County Museum of Art, and the Moderna Museet, Stockholm. His Collected Writings and Interviews 1990-2010, was published by the University of Nebraska Press.  Under the imprint Whale and Star Press, Martínez Celaya has published several books on art, poetry, art practice and critical theory.

Enrique Martínez Celaya: What is art?