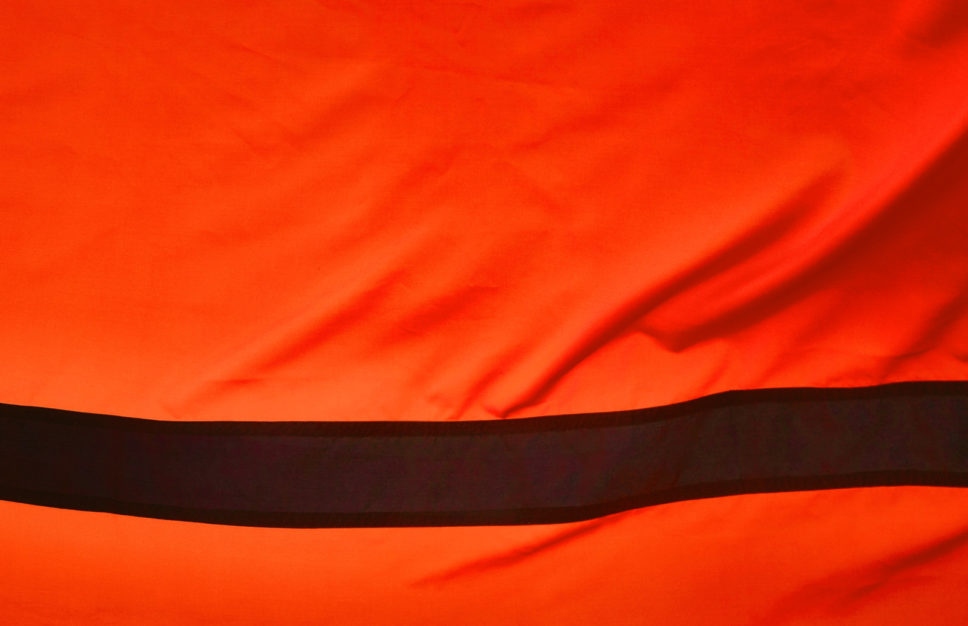 Displaced: Contemporary Artists Confront the Global Refugee Crisis is an exhibition focusing on human migrations and displacements of the past, present, and future. Through works created in a range of media, artists from around the globe foreground forgotten histories, ask us to bear witness to the highest levels of human displacement on record, and imagine futures where migration is essential for survival. The exhibition poses critical questions around this global crisis, and illuminates the complexities surrounding the urgent social, political, and environmental issues that frame the circumstances of displacement. To learn more about Displaced, download our gallery guide here.

The show includes the work of 11 internationally acclaimed artists, and is accompanied by community-centered education and public programs that offer accessible entry points to experiencing and understanding the global refugee crisis. The goals of Displaced are to bring this vast and urgent crisis to the forefront of our visitors’ consciousness, cultivate an understanding and appreciation of refugees that reside in northern New Mexico communities, and plant a seed to inspire action for positive social change both locally and globally.

Displaced will take the visitor on a powerful, emotional journey and serve as a catalyst for human compassion and activism by reigniting a sense of common humanity, leveraging empathy, and cultivating understanding across communities.

Expand your experience of Displaced with Guide By Cell 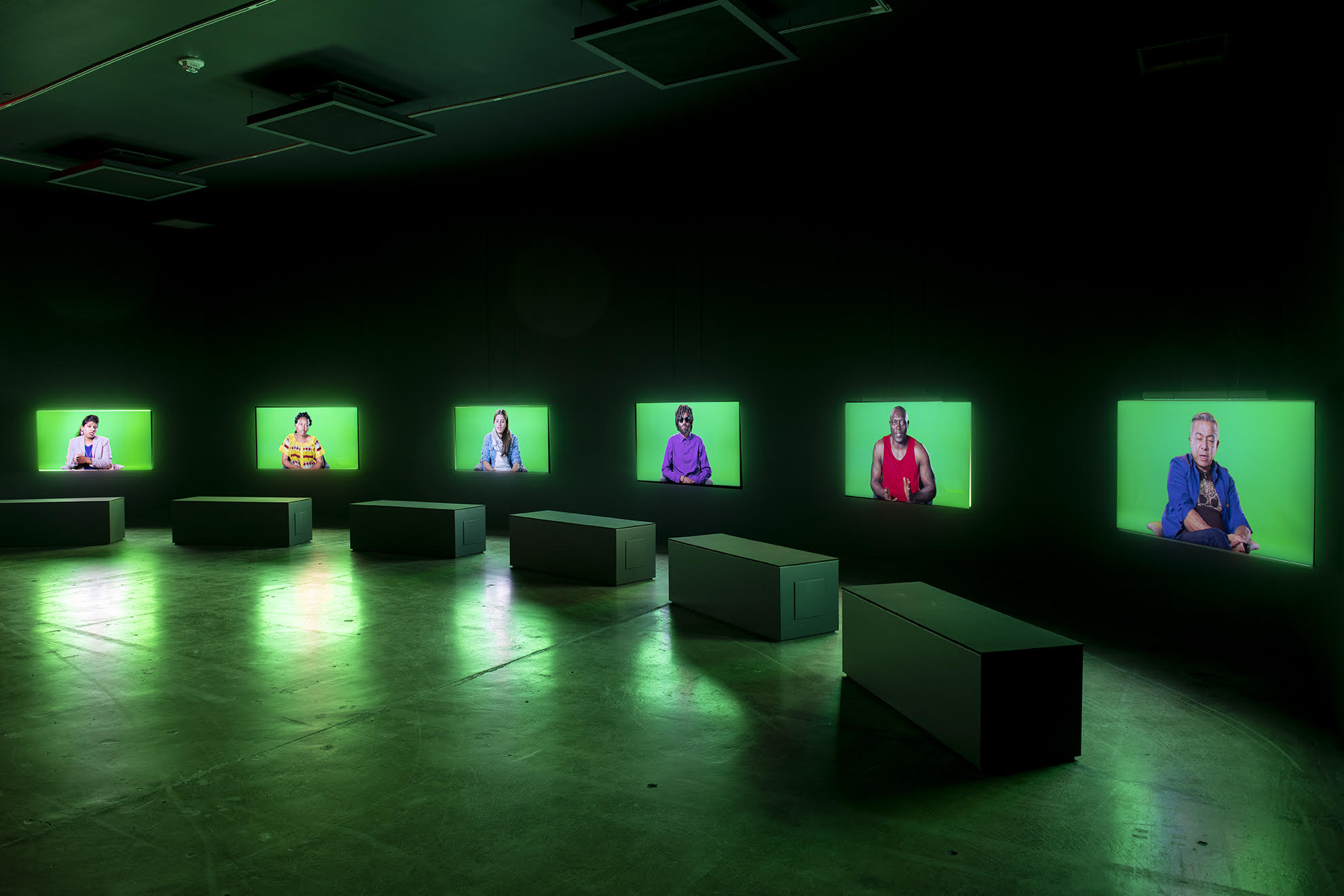 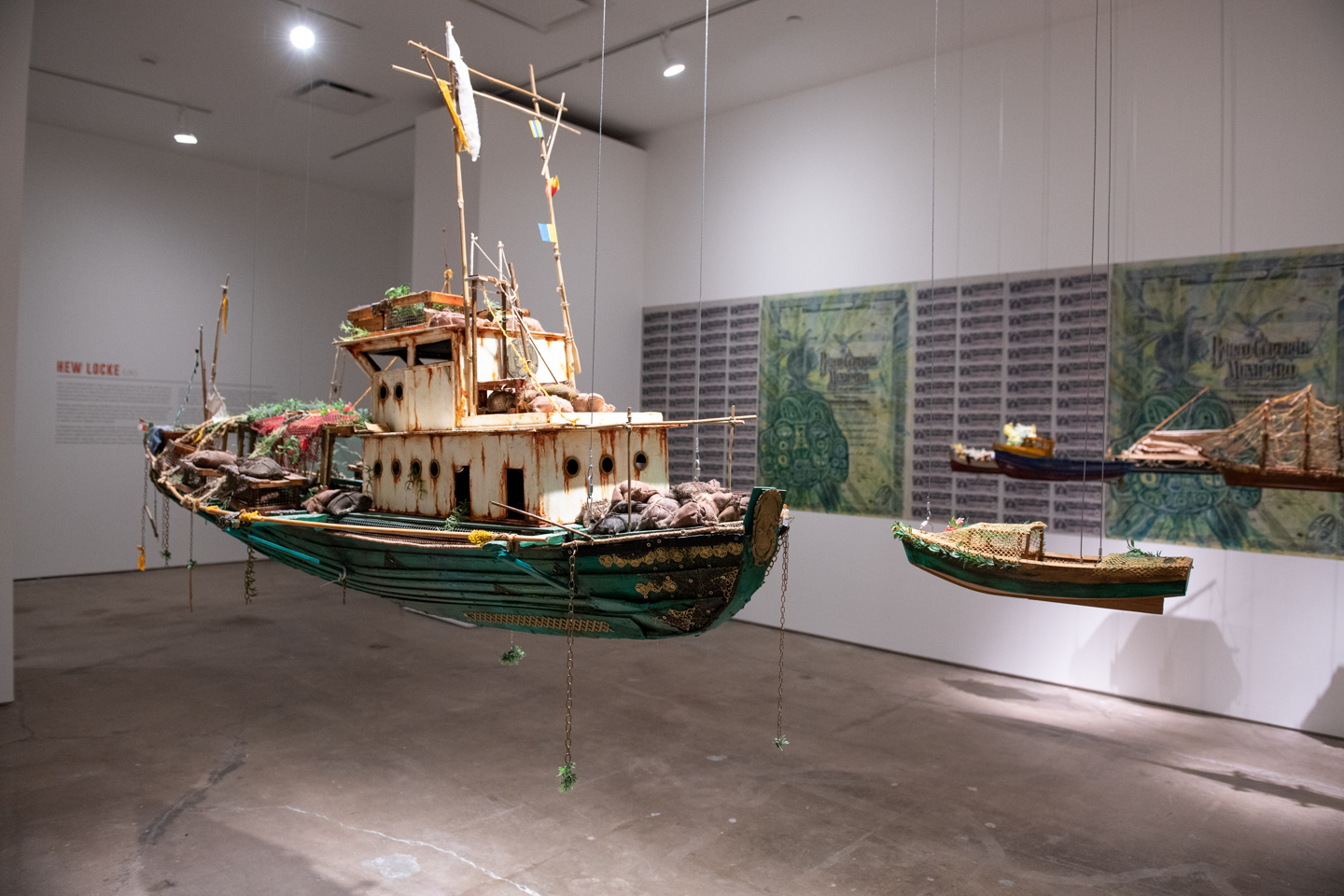 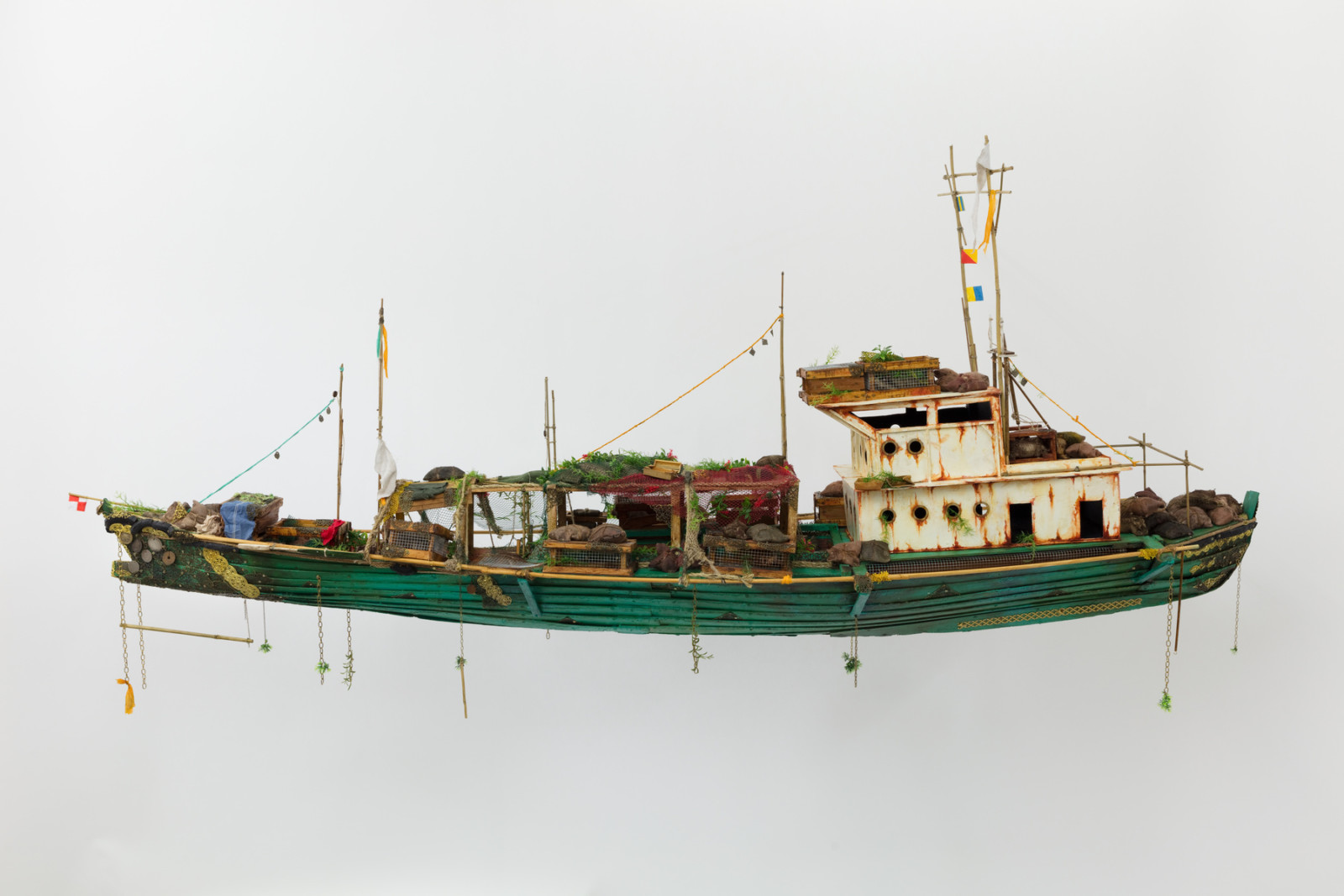 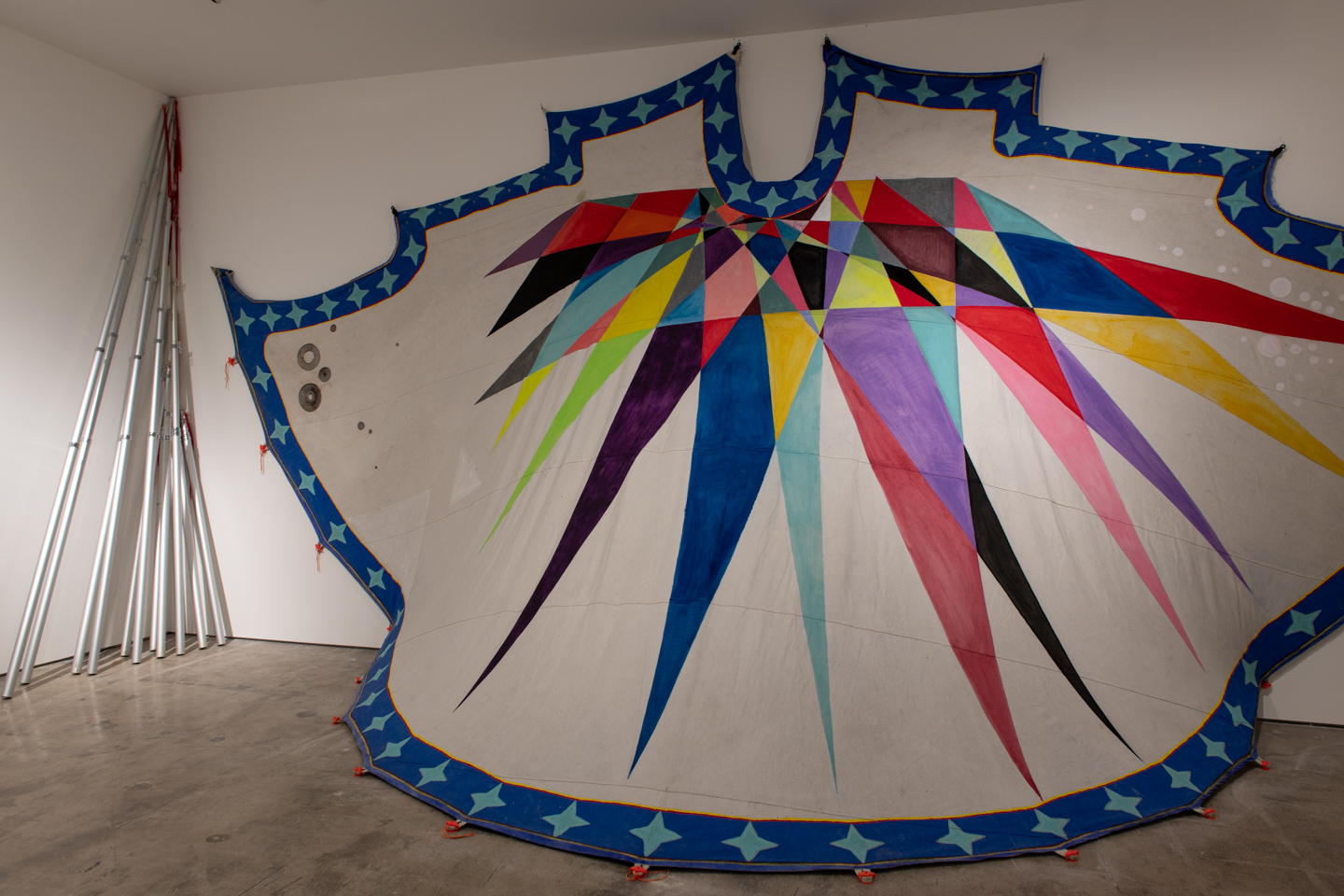 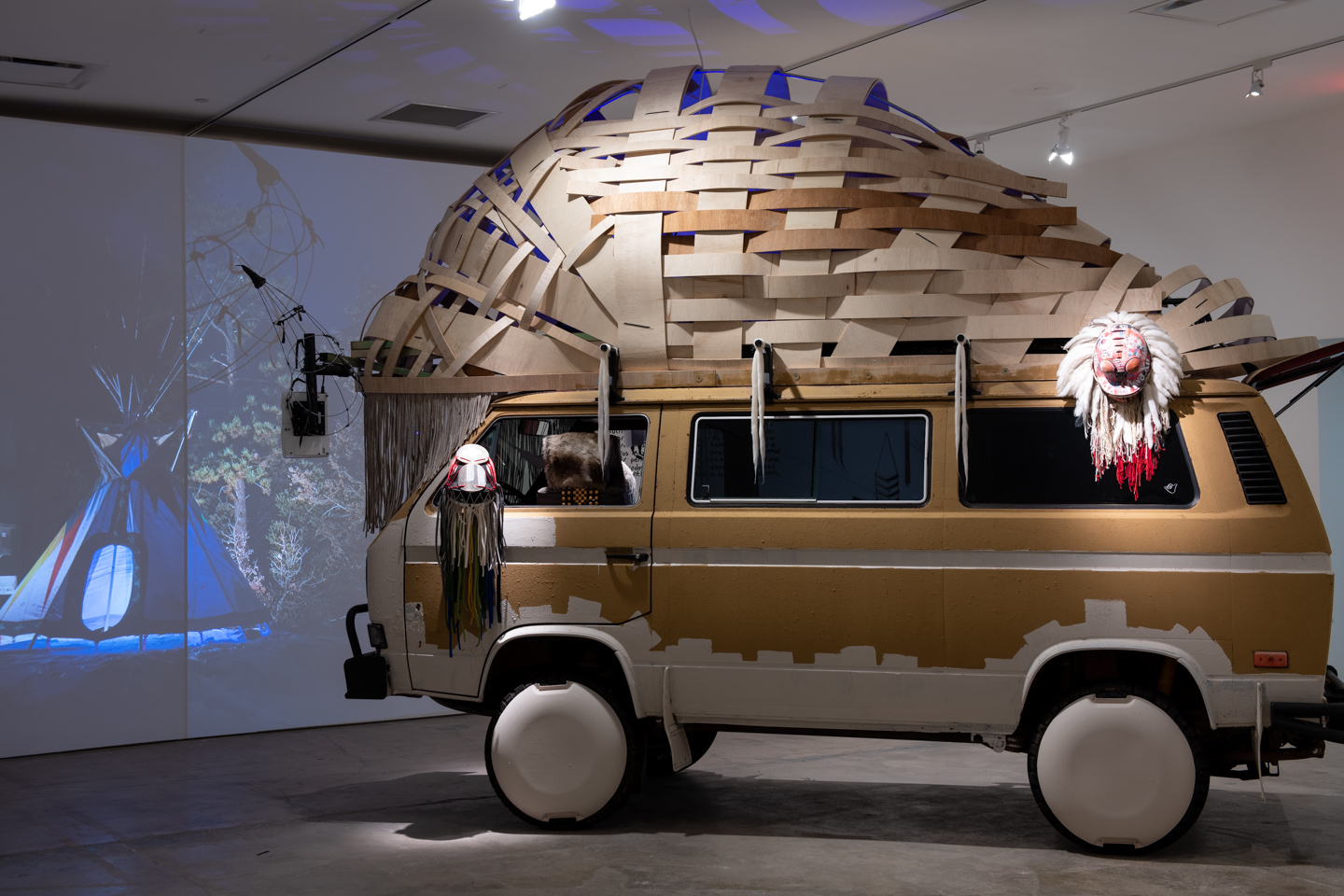 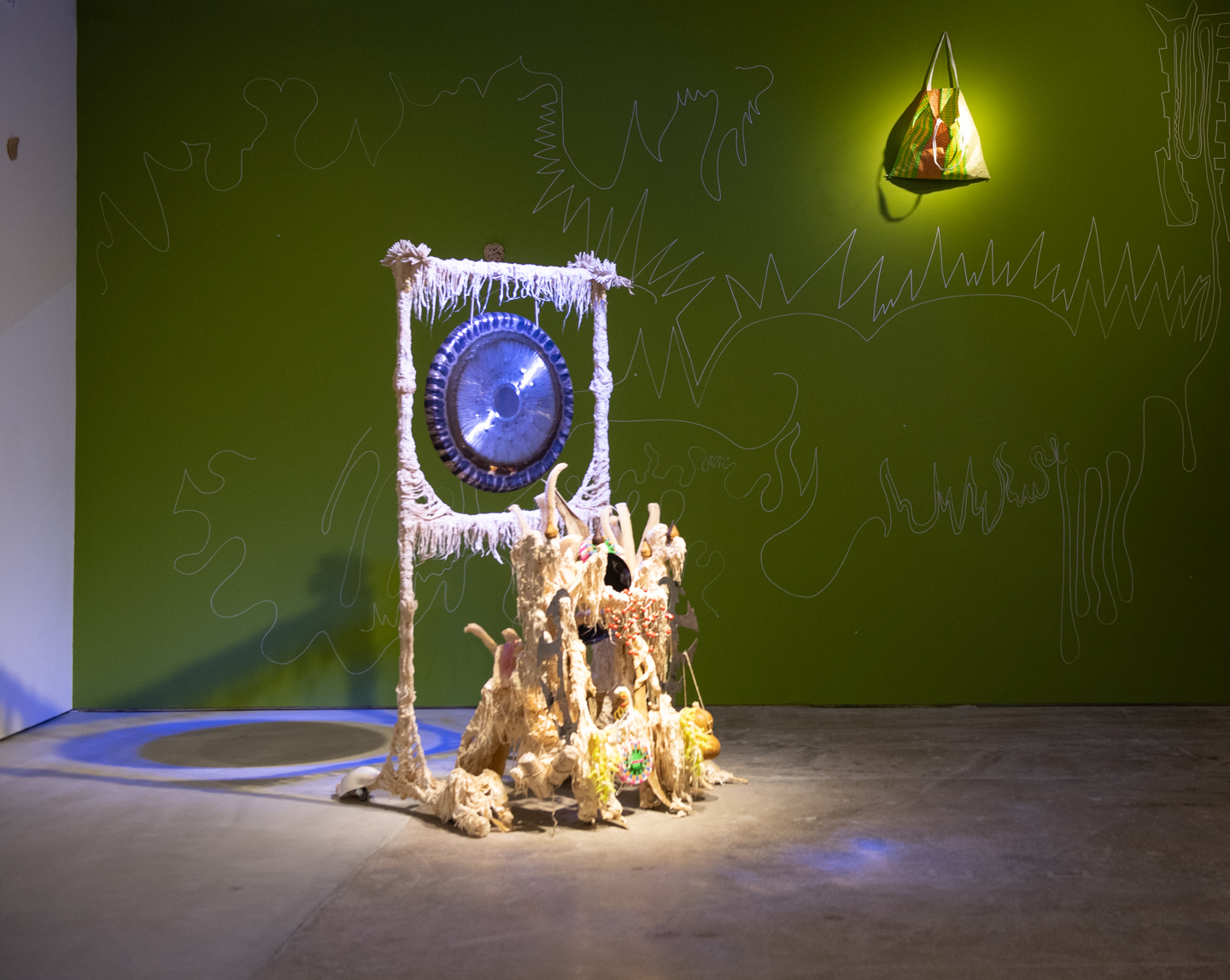 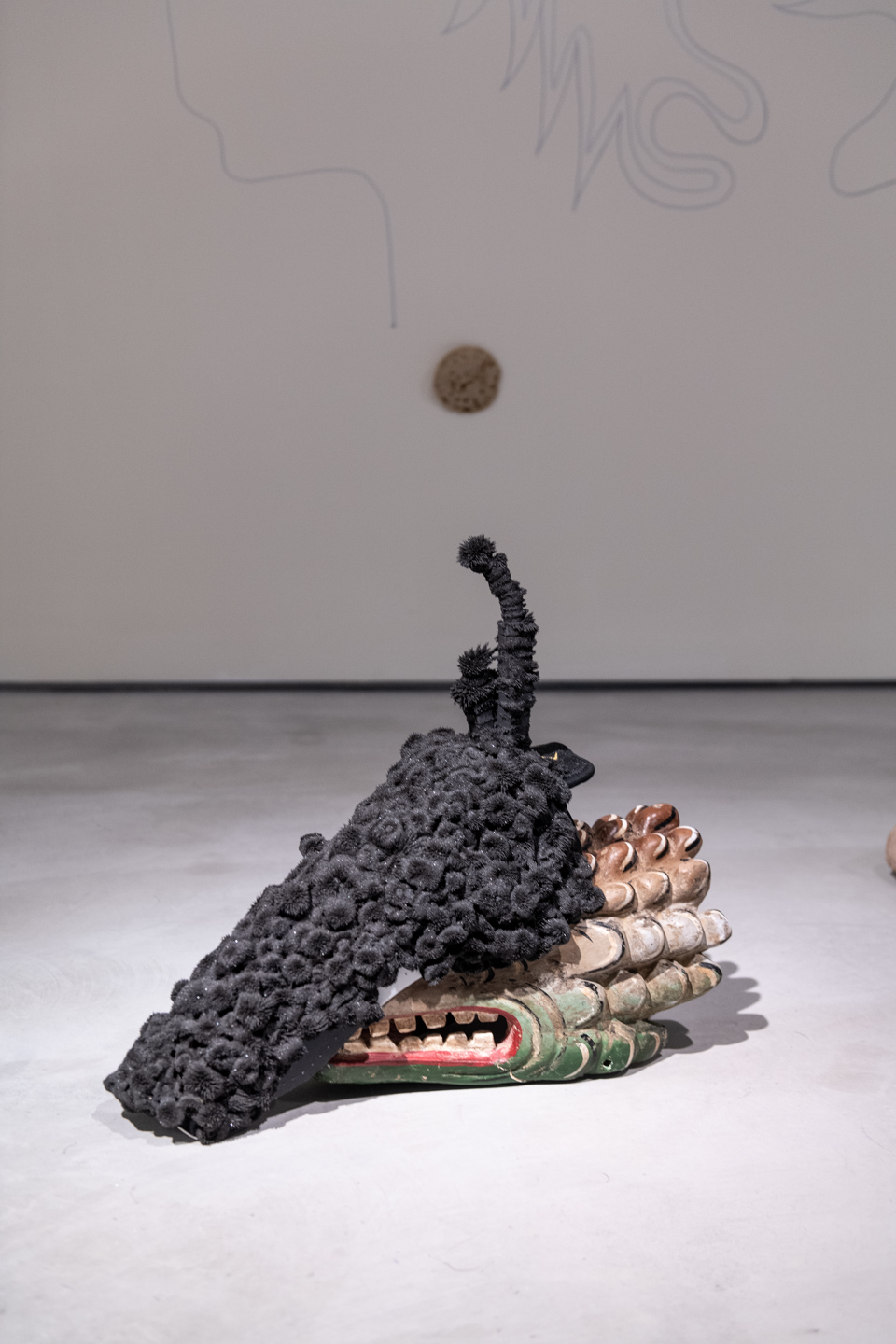 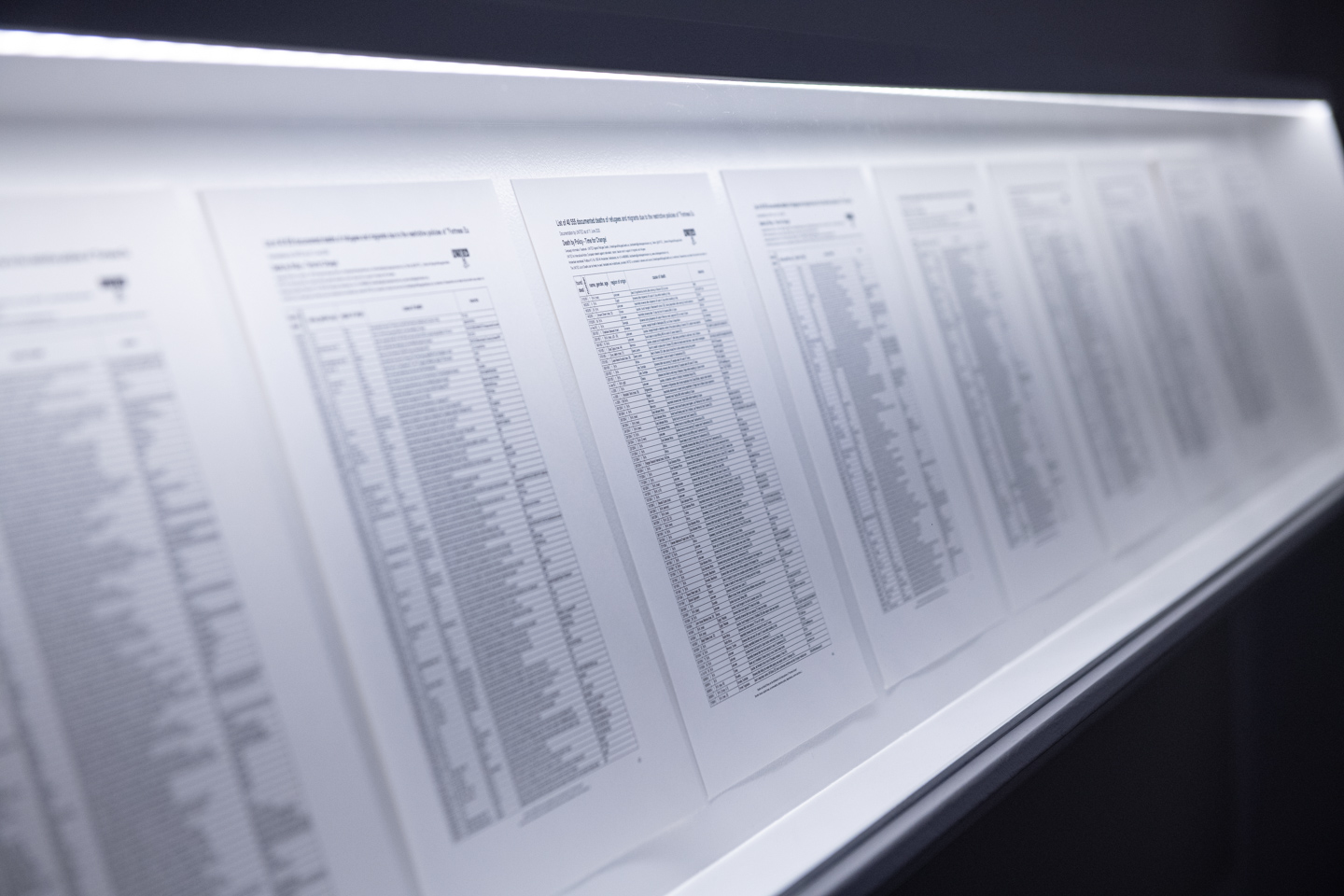 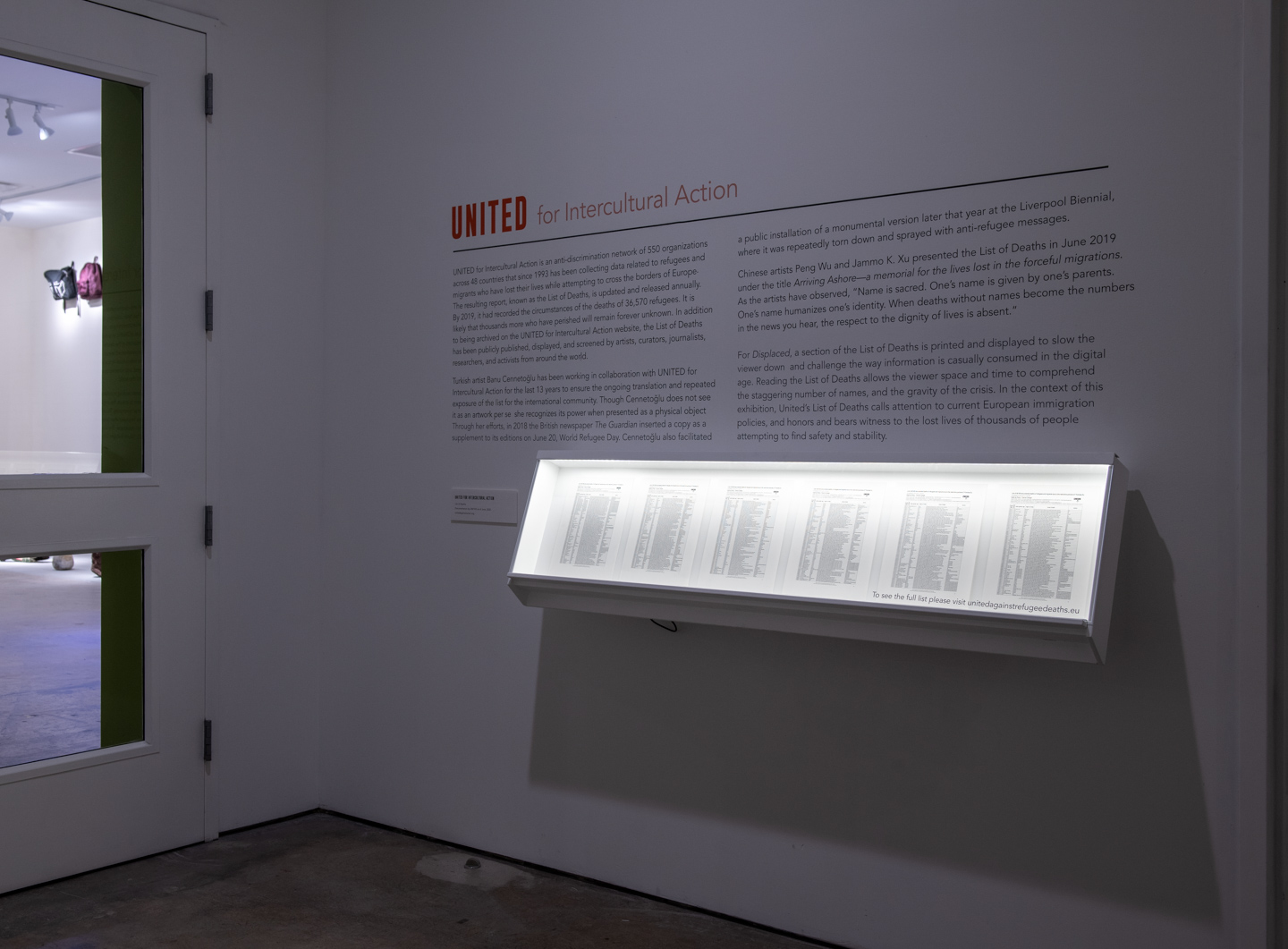 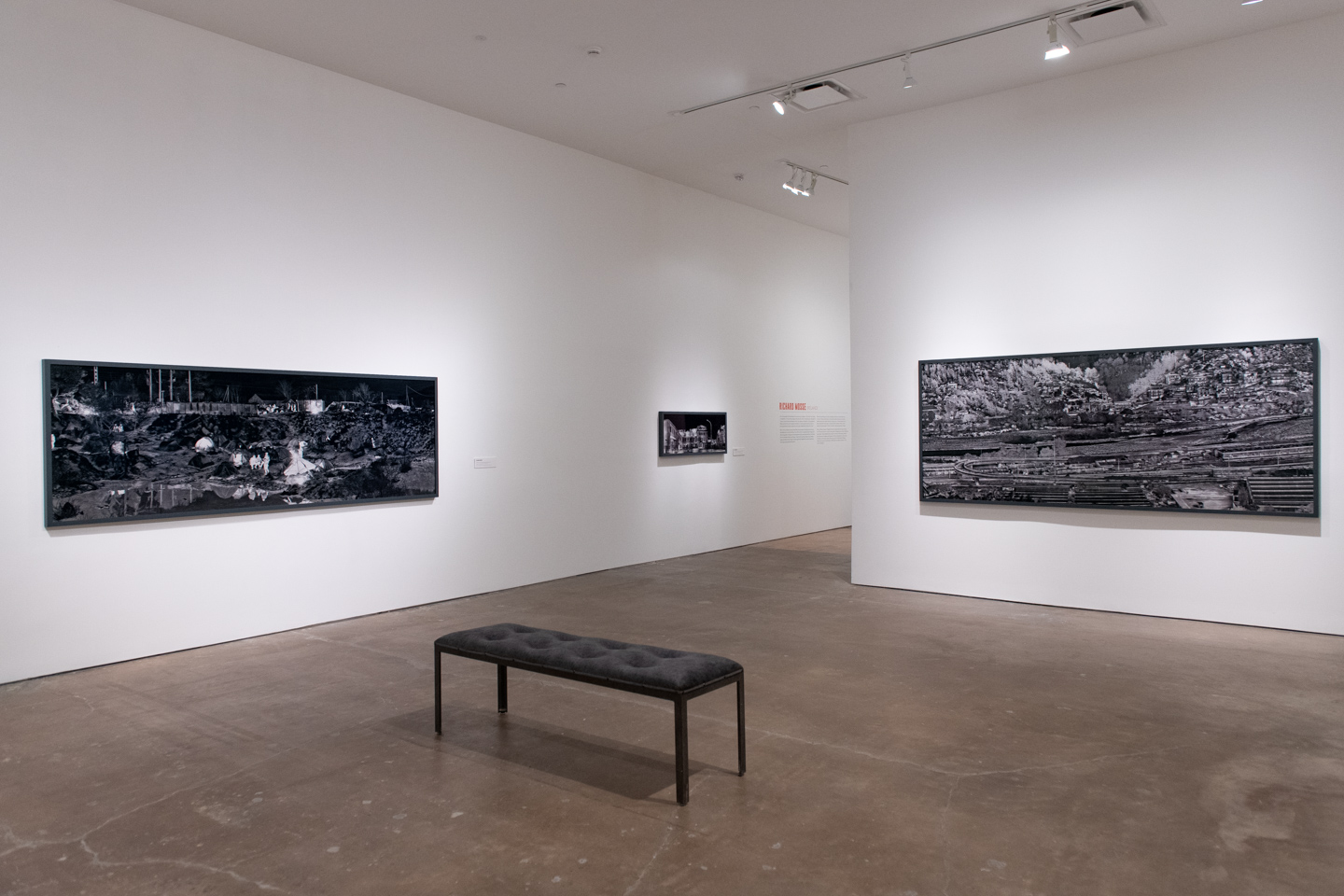 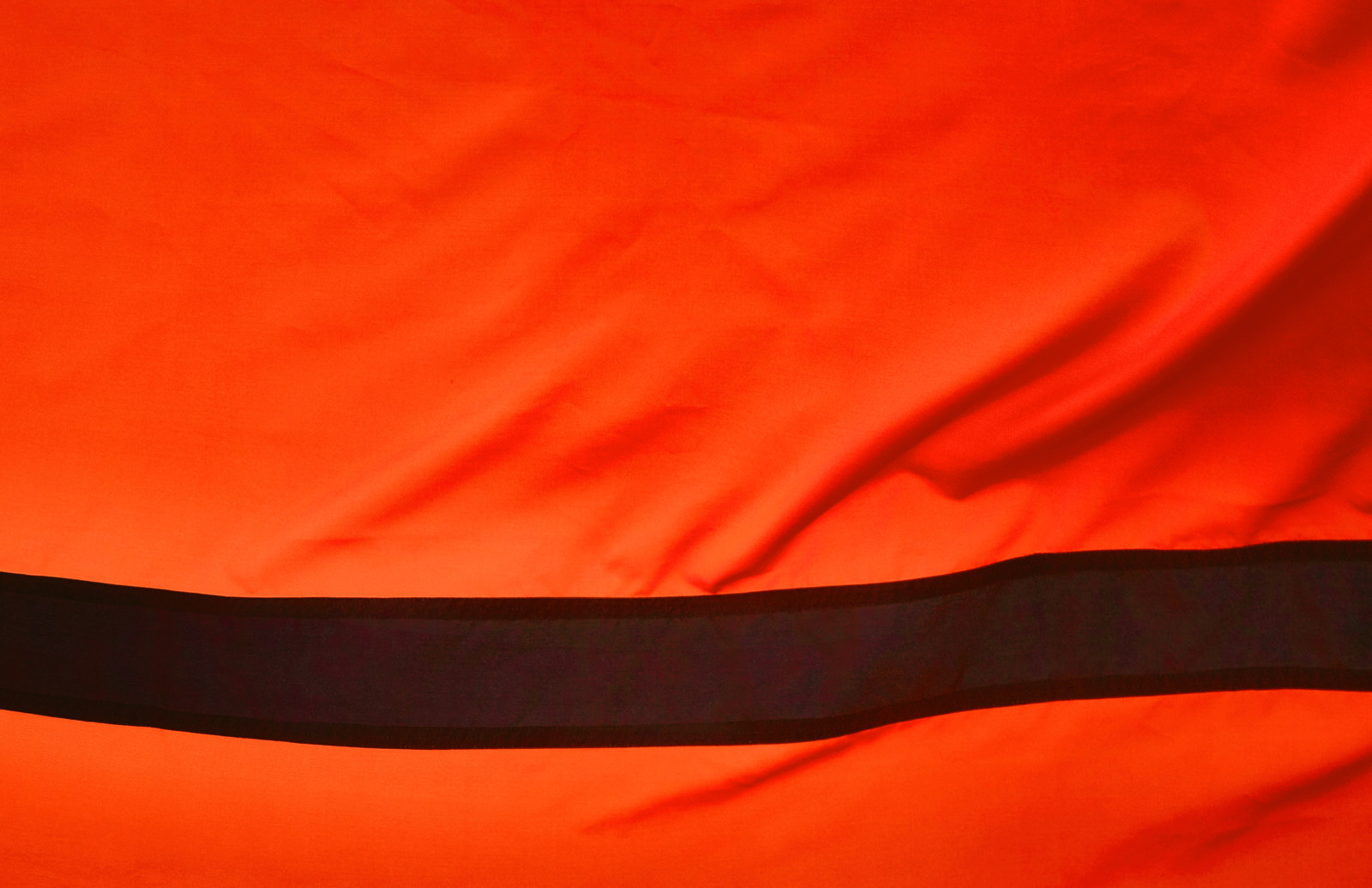 Hew Locke (UK/Guyana) presents two large-scale murals of Greek and Mexican Refugee Shares from the early 20th century along with several of his recent boat sculptures evoking ocean crossings of migrants over the centuries.

Cannupa Hanska Luger (US) presents Future Ancestral Technologies a new installation that articulates a futuristic science-fiction narrative in which human migration is essential for survival and predicated on an understanding of Indigenous perspectives. View Empathy Interface I, 2020, an immersive virtual reality video created with support from Jade Begay for Cannupa Hanska Luger’s site specific installation: Future Ancestral Technologies: We Survive You, 2019–ongoing.

Guadalupe Maravilla (El Salvador, US) presents works that draw on his own personal migratory history and displacement. His work incorporates his pre-colonial Central American ancestry, personal mythology, and autobiographical story-telling.

The Refugee Nation: a group that formed around the refugee athletes of the 2016 Summer Olympics is represented by the flag designed by Yara Said (Syria) and anthem composed by Moutaz Arian (Syria).

UNITED for Intercultural Action: the Amsterdam-based European Network against nationalism, racism, fascism and in support of migrants and refugees presents The List of Deaths, an installation featuring the names of more than 40,555 refugees, asylum seekers and migrants (number as of June 20, 2020) who have lost their lives trying to reach Europe since 1993. It is part of the on-going campaign, ‘Fatal Policies of Fortress Europe,’ and is compiled and updated every year. Learn more about their work on their website or on Facebook, and support their continuing efforts here.

SITE screens Ai Weiwei’s powerful documentary film Human Flow (2017) which follows a chain of urgent human stories of displacement that stretch across the globe and include accounts from Afghanistan, France, Greece, Germany, and Iraq.

Each work in Displaced will envelop the viewer and provide an interactive and complex narrative of the crisis. For example, Kallat’s Woven Chronicle is a poetic sculptural depiction of mass global migration that will absorb the viewer through its massive size and intricate layers of barbed wire and telephone cables mapping migration routes. Photographic images of Richard Mosse’s visceral Heat Maps are an onslaught of haunting and frightening footage documenting human flight through the use of military-grade thermal surveillance technology. Another essential piece of the exhibition: SITE will produce a publication that will serve as a gallery guide and an activist’s resource. This booklet will illuminate the context and intention of each artwork and offer practical ways to participate in refugee relief and aid efforts.

Many of the artists and artworks SITE Santa Fe presents, including several of the artworks in this exhibition, are deeply connected to the advocacy work of humanitarian organizations. Learn more about UNITED for Intercultural Action, the Undocumented Migration Project, and the Santa Fe Dreamers Project and how you can support their important work here.

Displaced is accompanied by diverse array of public programs. Learn more about programs and dates here.

DIGEST THIS! Series
This monthly interdisciplinary public program series engages audiences in timely and important cultural conversations by offering creative and inspiring “bite-sized” talks followed by a tasting prepared by a local chef. The 2020 Digest This programs will be centered in scholarship related to the works on view in Displaced and are made possible in part with support from the New Mexico Humanities Council.

The School of Advanced Research, Center for Contemporary Arts, and SITE Santa Fe join forces to address the global refugee crisis and ongoing US/Mexico immigration issues through the lens of the arts and social sciences. For more information, please visit the Beyond Borders website.

SITE Santa Fe, in collaboration with The School of Advanced Research (SAR) and Center for Contemporary Arts (CCA), presents Beyond Borders, a series of installations and events starting with Hostile Terrain 94, a participatory art project and exhibition intended to call attention to the realities of migration and border policy in our hemisphere, organized by the Undocumented Migration Project (UMP), and based on the work of SAR Fellow Jason de León.

Thank You!
Support for Displaced is generously provided by:

SITE Santa Fe is grateful for the support of SITE’s Board of Directors, many individuals, and the following major contributors: The Brown Foundation Inc. of Houston; the City of Santa Fe Arts Commission and the Lodgers’ Tax for the Arts; City of Santa Fe Children and Youth Commission; City of Santa Fe Occupancy Tax Advisory Board; The Millstream Fund; New Mexico Arts, a division of the Department of Cultural Affairs, and by the National Endowment for the Arts; Santa Fe County; The Hayes Foundation; 3greenassistance; The Santa Fe Hestia Fund; New Mexico Humanities Council; Kathryn O’Keeffe Charitable Foundation; Century Bank; and Thornburg Investment Management.

SITE Santa Fe is grateful to the following donors, who supported Free Admission for the full run of Displaced:

The following donors have augmented The Brown Foundation’s generous support to allow for Free Admission daily through the run of Displaced:

We are grateful to the friends of SITE who helped make our FREE Admission initiative possible!

DISPLACED is Curated by Irene Hofmann and Brandee Caoba.