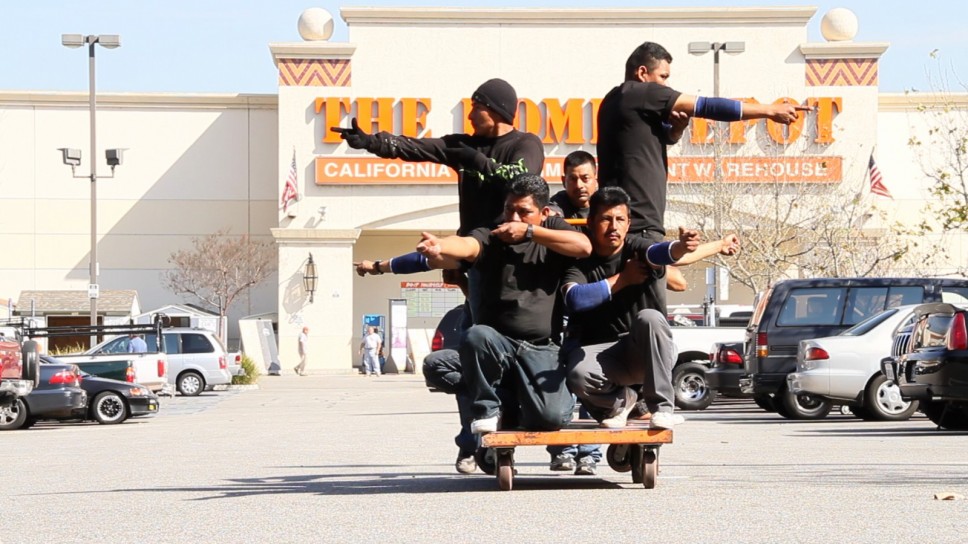 Agitated Histories presents an international and inter-generational group of artists whose works, in a range of media, create a dialogue with historic figures, movements, and events. For some of the artists in this exhibition, his- tory is a subject to be challenged, re-written, or recreated, while for others it is a source of inspiration and creative energy. Through Agitated Histories, our understanding of historic events is upended while new histories are brought to light. The works in the exhibition explore four central themes: the Archive, the Reenactment, the Persona and the Intervention.

The Archive: these works were developed in response to a specific historic archive. Sam Durant’s pencil drawings and large-scale light boxes, for example, were inspired by the photo archives of three parallel 1960s liberation struggles: the Civil Rights Movement, Aboriginal Rights Demonstrations, and the American Indian Movement. The images for these works were sourced from archival photographs of protest marches, sit-ins, and uprisings from these three historic movements.

The Reenactment: these works feature a restaging of historic events such as a speech, a commemoration, or a political protest. Mark Tribe’s Port Huron Project is a series of reenactments of protest speeches from the Vietnam era. Delivered by an actor or performance artist to an audience of invited guests and passers-by, these live restagings, and the video documentation that now remains, impart impassioned words, spoken from historic moments of struggle. Decades removed from their original context, speeches by figures like Stokely Carmichael, Angela Davis, and Cesar Chavez pose questions about the detached nature of political dissent today.

The Persona: these works interrogate the image, impact, and legacy of iconic historic figures. For example, Eric Garduño and Matthew Rana’s The People v. Bruce (parrhesia), an installation in sculpture, photography, and sound, explores the first amendment rights that were challenged in the 1960s during the trial of comedian Lenny Bruce.

The Intervention: these works recall charged events in history that register cautions about the Daniel Joseph Martinez’s Divine Violence, for example, is an installation of numerous panels, painted in automotive goldflake, each bearing the name of an organization in the 20th century that has or still attempts to affect politics through violent means.

Agitated Histories is organized by SITE’s Phillips Director and Chief Curator, Irene Hofmann and was presented at the Contemporary Museum in Baltimore in 2011. It appears in an expanded form at SITE Santa Fe in collaboration with SITE’s Assistant Curator, Janet Dees.