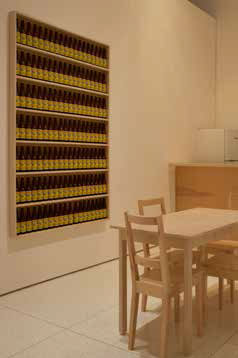 Sculptor and conceptual artist Tom Marioni was born in Cincinnati, Ohio, studied art at the Cincinnati Art Academy, moved to San Francisco in 1959, and has lived there ever since. In 1970 Marioni founded the Museum of Conceptual Art (MOCA) in San Francisco, the first alternative art space in the U.S. The first show at MOCA was titled “Sound Sculpture As” and for Marioni, that exhibition was the beginning of a series of sound works, radio shows on KPFA in Berkeley, and performances in Europe and Japan. Also in 1970, he presented an exhibition at the Oakland Museum called The Act of Drinking Beer with Friends is the Highest Form of Art. He has re-created this work in many locations worldwide over the years, and it will be presented at SITE as part of Feast: Radical Hospitality in Contemporary Art.

This is event is now at capacity. We look forward to seeing you at 5:30 for the public opening!