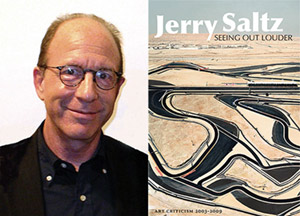 The Good, the Bad, and the Very Bad: A Year in the Life of an Art Critic

An Art Critic looks at where we are now, how we got here, and speculates about where we may be going; names will be named; there will be blood…and love.

Jerry Saltz’s new book is titled Seeing Out Louder. After a decade of serving as Art Critic for the Village Voice, Jerry Saltz, a one-time truck driver turned seasoned art critic, has, since 2007 held the coveted title of Senior Art Critic at New York Magazine. Picking up in 2003, shortly after the wrenching contested 2000 election, the attacks of September 11, and the ramping-up of the Iraq War, Seeing Out Louder brilliantly reveals the rise of the hyper art market, the capitulation to money, the dark politics that form the background of this bright period, to the collapse and fall of this market and those politics. Follow Saltz through the twists and turns of Chelsea galleries and uptown museums, alternative spaces and out-of-the-way holes-in-the-wall. He writes about famous artists and fallen stars, emerging talent and diamonds-in-the-rough. He covers art fairs, auctions, museum politics, and art world bad behavior. This “tell-it-like-it-is” collection is a must-have reference to the art world.