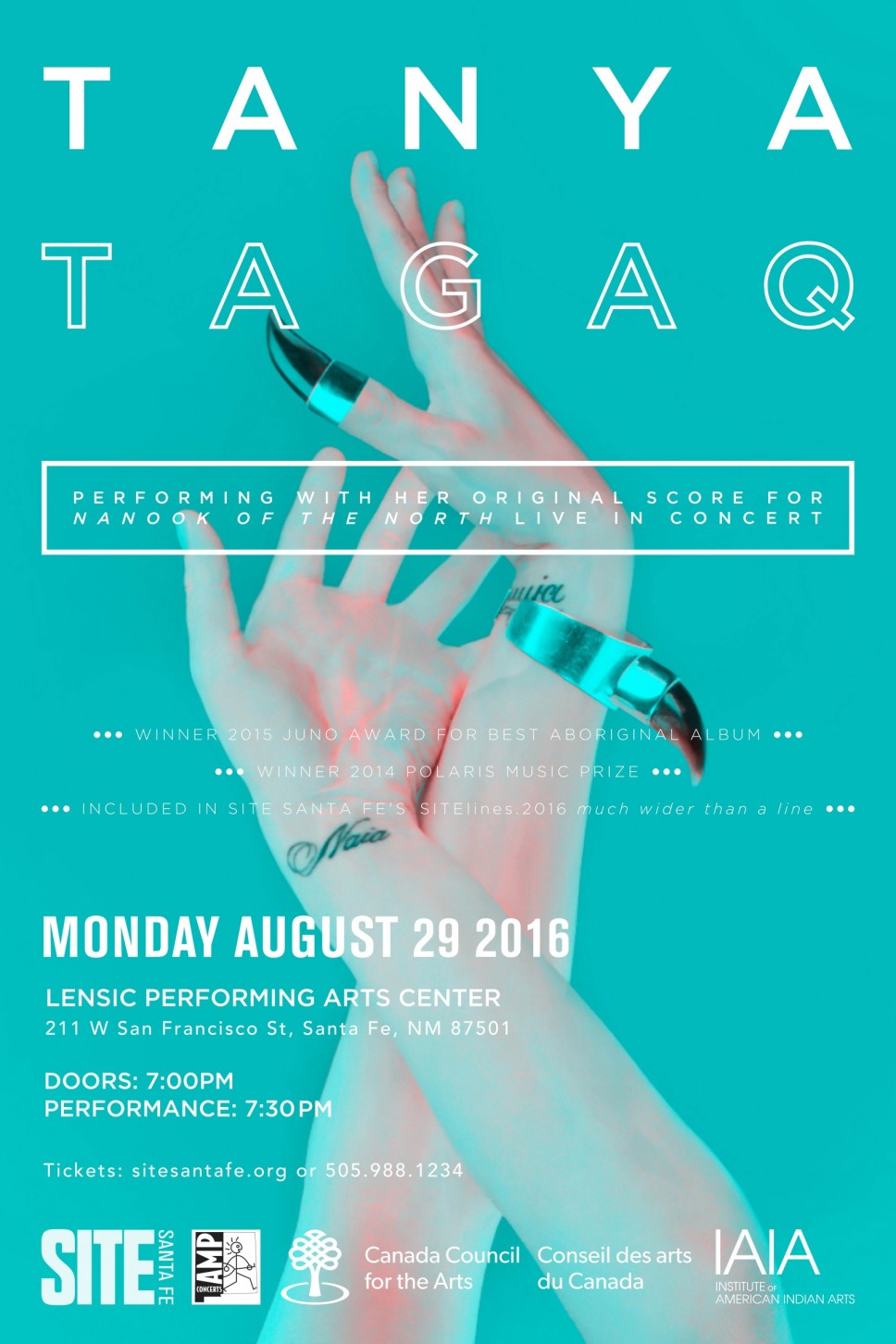 Tanya Tagaq’s music isn’t like anything you’ve heard before. Unnerving and exquisite, Tagaq’s unique vocal expression may be rooted in Inuit throat singing but her music has as much to do with electronica, industrial and metal influences as it does with traditional culture. This Inuk punk is known for delivering fearsome, elemental performances that are visceral and physical, heaving and breathing and alive. Her shows draw incredulous response from worldwide audiences, and Tagaq’s tours tend to jump back and forth over the map of the world. From a Mexican EDM festival to Carnegie Hall, her music and performances transcend language.

With this project, Tagaq, a Polaris Music Prize and Juno Award winner, reclaims the controversial 1922 silent film Nanook of the North. Nanook of the North is considered the world’s first major work of non-fiction filmmaking, yet it is rife with contradictions. The film portrays the lives of an Inuk family in Arctic Canada. Its director, Robert Flaherty, lived and worked with Inuit for years, but still included staged scenes of buffoonery and feigned Inuit ignorance of modern accoutrements. Working with composer Derek Charke (whose “Tundra Songs” Tagaq performed with the Kronos Quartet), Tagaq, along with percussionist Jean Martin and violinist Jesse Zubot, performs a live accompaniment to the film’s silent images of life in an early 20th-century Inuit community in Northern Quebec. Drawing on her childhood on Nunavut’s Victoria Island, and on her mother’s memories of forced relocation from the film’s Northern Quebec location, Tagaq’s sense of the sound of the Arctic spaces shown in the film transforms the images, adding tremendous feeling and depth to what is a complex mix of beautiful representations and racially charged clichés.

Tagaq employs exquisite improvisations with traditional roots, a style she has perfected over a decade of performances on major stages worldwide, as well as through collaborations with Björk, Mike Patton and many others. Tanya Tagaq in concert with Nanook of the North was commissioned by the Toronto International Film Festival, where it premiered to critical acclaim in 2012 as part of TIFF First Nations. Tagaq was awarded the Galaxie Rising Star Award at the 2013 Mundial Montreal for her showcase performance of the program.

As her first performance in the U.S. Southwest, Tagaq performs with Nanook of the North at Santa Fe’s Lensic Performing Arts Center as part of SITElines.2016

Special thanks to the Institute of American Indian Arts for its additional support of this program.