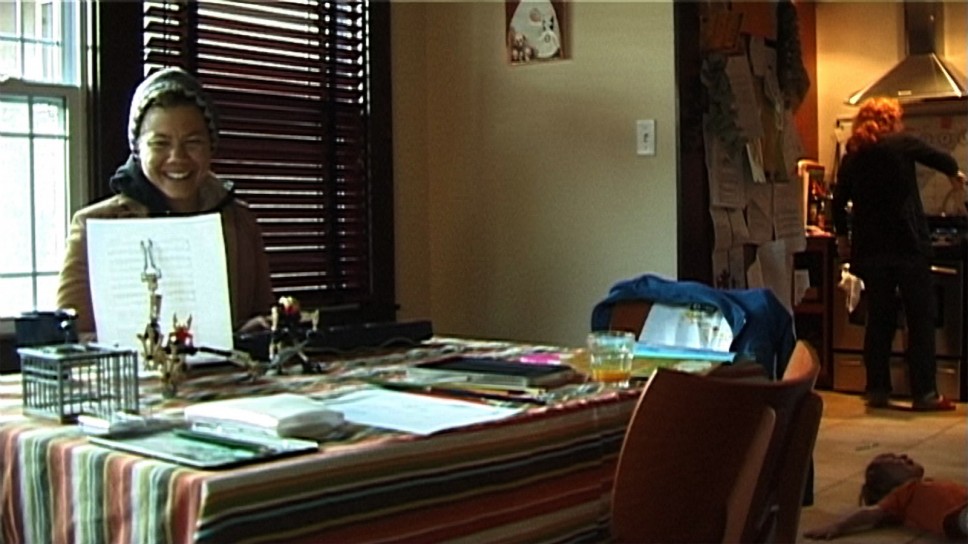 In keeping with the participatory spirit of Feast, the Smart Museum has invited each institution that hosts the exhibition to add new work to its presentation. This anchors Feast within each local context, and brings new voices and projects into dialogue with those selected for the original exhibition—as SITE has done with Axel Contemporary’s The Royal Bread Show. In a special one-night showing, SITE will present videos by Miguel Amat and Lynne McCabe, two of the four works commissioned by the Blaffer Art Museum for Feast’s presentation in Houston

“Lynne McCabe perform Vexations, an ongoing work exploring the gendered dynamics of durational performance and hospitality. The title refers to John Cage’s 1963 adaptation of Erik Satie’s musical scoreVexations, in which Cage followed Satie’s instruction to play the work 840 times over several hours. Recognizing the improbable demands of such a task, McCabe extends the work over multiple years. She invites women guests to her home to play Vexations for the amount of time it takes the artist to prepare dinner, scoring the rhythms of the domestic everyday. Miguel Amat taps into the complex and sometimes problematic dynamics of hospitality which shares a common etymological root with hostility. By definition, hospitality is cloaked in an aura of danger and uncertainty that relates a stranger to the host through the act of eating. In Western philosophical tradition, hospitality is also linked to the notion of territory. In Ghas I, Amat explores these implicit relationships as they relate to contemporary warfare.”