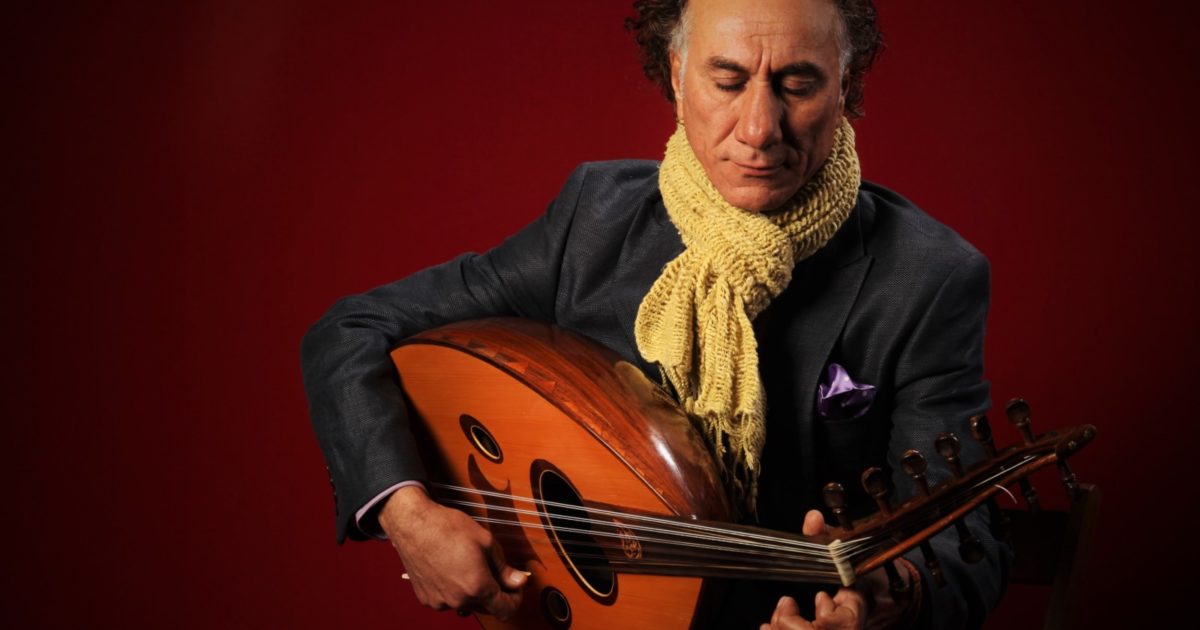 Rahim AlHaj, virtuoso oud musician and composer, was born in Baghdad, Iraq and began playing the oud (the grandfather of all stringed instruments) at age nine. Early on, it was evident that he had a remarkable talent for playing the oud. Mr. Alhaj studied under the renowned Munir Bashir, considered by many to be the greatest oud player of 20th Century, and Salim Abdul Kareem, at the Institute of Music in Baghdad, Iraq. Mr. AlHaj won various awards at the Conservatory and graduated in 1990 with a diploma in composition. He holds a degree in Arabic Literature from Mustunsariya University in Baghdad. In 1991, after the first Gulf War, AlHaj was forced to leave Iraq due to his activism against the Saddam Hussein regime and began his life in Jordan and Syria. He moved to the US in 2000 as a political refugee and has resided in Albuquerque, NM ever since. Rahim became a US citizen on August 15, 2008. In 2015 Rahim was awarded the National Endowment for the Arts National Heritage Fellowship, the highest honor for traditional arts in the USA.