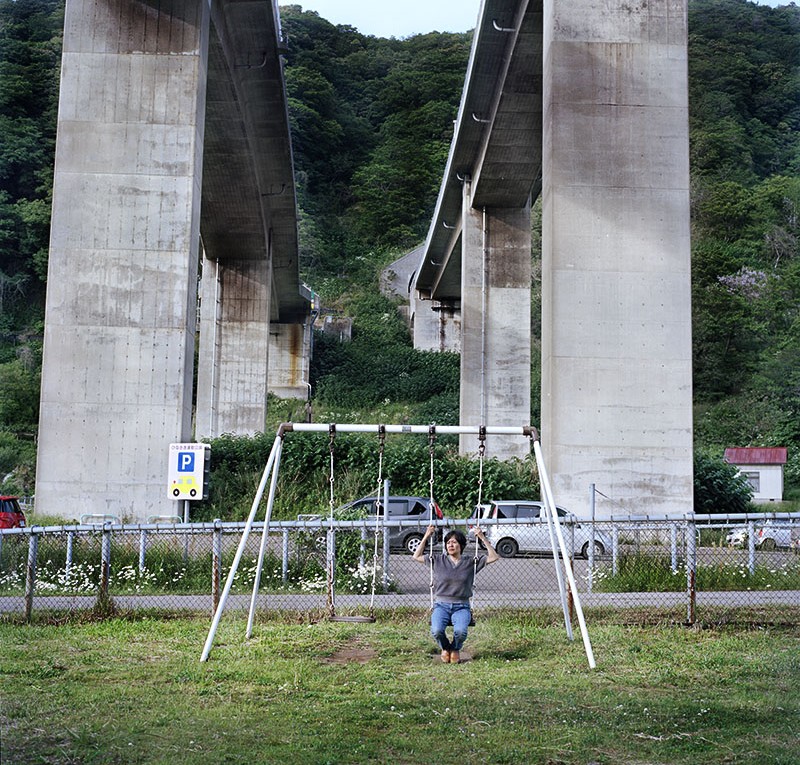 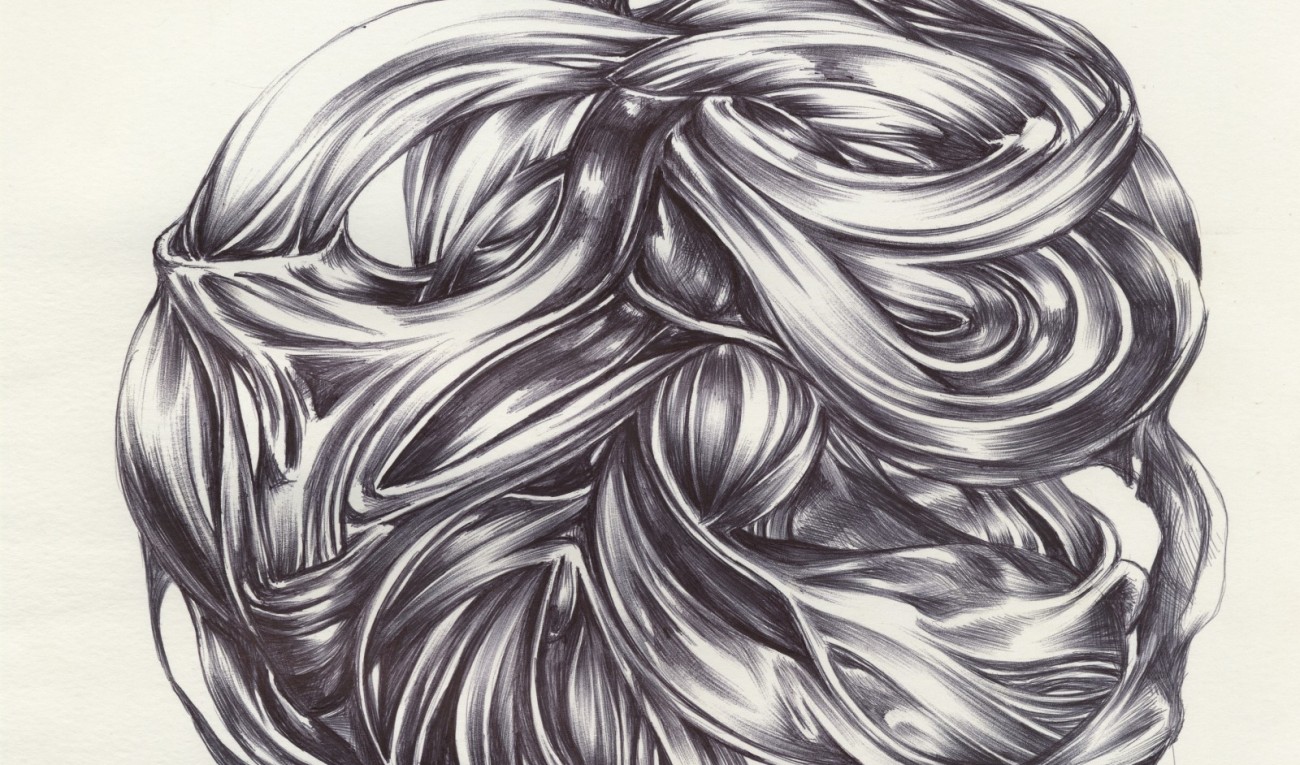 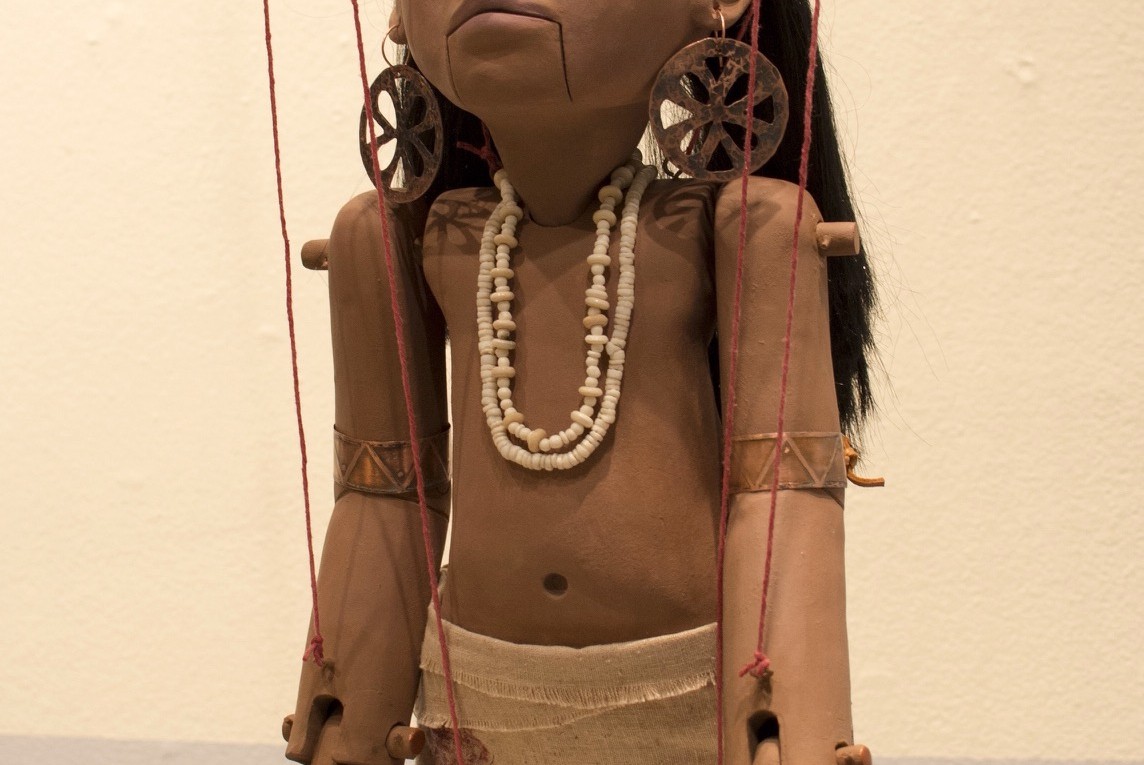 Bowen will display four photographs from a series about a disappearing town in the coast of Japan. Rural towns in Japan are facing huge crisis as majority of the population are moving to larger cities and away from traditional life style that harbor these towns. As the new generations make their move to larger cities the towns become desolate and unpopulated. The populous left in these rural towns are the handful of old and traditional who continue to live out their lives in the quiet mountainous farms towns of Japan.

As a Mexican, Padilla’s relationship to political art is personal and comes from having to deal with situations beyond everyday problems. She presents a series of portraits of kidnappers. The paintings function as documentary evidence of a culture of death threats and terror. Painting them in pink, emasculating them, and focusing on their confused and ashamed expressions is an effort to shift the perception from their gaining of power through violence to a new perspective where the victims get to define their victimizers. This is not homage to those people portrayed, but a statement and recognition of how violence changes society. This series invites people to take a different focus by mocking the victimizers and exposing them in a way that is unfamiliar to the viewer.

Born in Austin, TX, Shelbie Loomis lives and works in Santa Fe, NM after graduating from Santa Fe University of Art and Design with her BFA Manga Cum Laude in 2014. She is currently working as a Gallery Associate at Zane Bennett Contemporary Art Gallery while preparing for upcoming exhibitions through SITE Santa and others.  Through her work in drawing, Loomis describes and reinvents natural occurring forms found in nature, both literal and conceptual; through collage, ink, graphite and charcoal. Her focus on describing ‘form’ stems from an interest in pattern, agricultural sciences, alongside with an interest of muscle fiber structure and function. Loomis has received support by receiving the Santa Fe University of Art and Design Governor Scholarship and awarded SITE Scholar 2013. Her work has been exhibited at throughout New Mexico and internationally; including SITE Santa Fe, the Rail-Yard Santa Fe, Silver City, and Chile.  She is currently working on a group shows that will be announced later 2015.

Laura Walkingstick is an enrolled member of the Eastern Band of Cherokee Indians on the Qualla Boundary in Cherokee, NC. She holds a BFA from IAIA. By the age of 10 she learned how to use a needle and thread to sew pieces of scrap materials to make doll clothes. In 2006 while working an internship for the Museum of the Cherokee Indians she decided to create, her own unique cloth dolls fashioned in 18th century style clothing for doll collectors. Her inspirations come from Cherokee wooden doll makers Richard and Berdina Crowe. Walkingstick’s work content is based on narratives of childhood memories,experiences and Cherokee culture. Some of the narratives are inspired and created from her mother’s childhood experiences and her own childhood memories expressed through toy related objects. Her process involves a memory or story and then she researches the influences or major events that were going on during that period. She creates toys that were popular during particular times or events. While dolls are her main interest, she continues to explore narrative stories through the use of clay, and researching historical artifacts and events and creates toys using clay, wood, horse hair, metal and cloth.