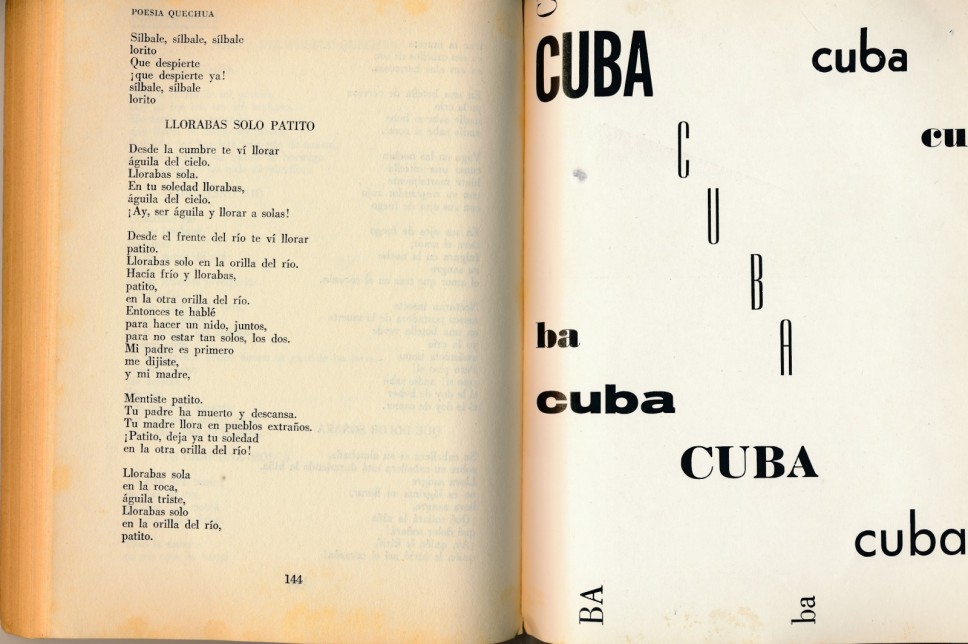 Margaret Randall, a reading from Only the Road / Solo El Camino: Eight Decades Of Cuban Poetry

Sponsored by the Lannan Foundation

Covering eight decades and featuring the work of over fifty poets born between 1902 and 1981, Only the Road / Sólo el Camino is the most complete bilingual anthology of Cuban poetry available to an English readership. It is distinguished by its stylistic breadth and the diversity of its contributors, who come from throughout Cuba and its diaspora and include luminaries, lesser known voices, and several Afro‐Cuban and LGTBQ poets. Nearly half of the poets in the collection are women. Only the Road paints a full and dynamic picture of modern Cuban life and poetry, highlighting their unique features and idiosyncrasies, the changes across generations, and the ebbs and flows between repression and freedom following the Revolution. Poet Margaret Randall, who translated each poem, contributes extensive biographical notes for each poet and a historical introduction to twentieth‐century Cuban poetry.

Margaret Randall is the author of dozens of books of poetry and prose, including Haydée Santamaría, Cuban Revolutionary: She Led by Transgression and Che on My Mind, both also published by Duke University Press.

U.S. poet and translator Jerome Rothenberg writes: “The glory and triumph of Margaret Randall’s gathering comes directly from a half century spent in and out of Cuba, the work of a participant‐observer & a poet attuned to the work of others in a country long the seat of one of the world’s great centers of poetry with strong attachments to the world‐at‐large. Her voice as a translator is impeccable, close up and audible and open to all sides of what has been a long and complicated – and often contradictory – history. That so much is present here – old and new, simple and richly complex, at home and in exile – makes this an assemblage that goes to the limits of what such a gathering can possibly be. As a work for the understanding of what has happened so near to us and so far away, Only the Road is a book not only for the here‐and‐ now but also for the ages.”

Anne Waldman, poet and artistic director of the Kerouac School Summer Writing Program at Naropa University in Boulder, writes: “Only the Road is a major cultural intervention at a crucial time when both the Spanish and English speaking literary world and beyond may experience – be moved by, delight in, weep with ‐ the power and historical importance of a forceful body of work that defines an immense cultural legacy. Margaret Randall, prodigious poet, writer, thinker, translator, editor, teacher, activist has accomplished a task of a lifetime. She has given full voice to this small island’s powerfully diverse universe. The poets here are individually ‐ racially, politically, sexually ‐ complex, with life stories that are captured here as well, human and heroic.”