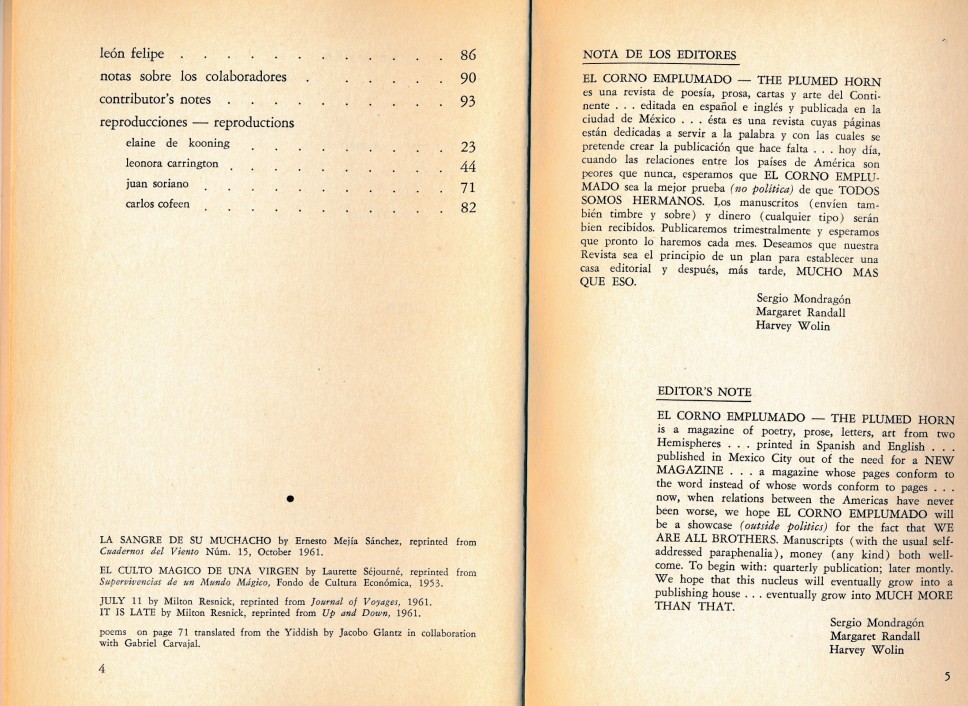 SITE Center: Margaret Randall, A reading from She Becomes Time

Margaret Randall (New York, 1936) is a poet, essayist, oral historian, translator, photographer and social activist. She lived in Latin America for 23 years (in Mexico, Cuba, and Nicaragua). From 1962 to 1969 she and Mexican poet Sergio Mondragón co‐edited EL CORNO EMPLUMADO / THE PLUMED HORN, a bilingual literary quarterly that published some of the best new work of the sixties. When she came home in 1984, the government ordered her deported because it found some of her writing to be “against the good order and happiness of the United States”. With the support of many writers and others, she won her case in 1989. Throughout the late 1980s and early 1990s, she taught at several universities, most often Trinity College in Hartford, Connecticut. Randall’s most recent titles include MY TOWN, AS IF THE EMPTY CHAIR / COMO SI LA SILLA VACIA, THE RHIZOME AS A FIELD OF BROKEN BONES and DAUGHTER OF LADY JAGUAR SHARK (all poetry, all from Wings Press, San Antonio), CHE ON MY MIND (a feminist poet’s reminiscence of Che Guevara, published by Duke University Press), and MORE THAN THINGS (essays, from The University of Nebraska Press). Her latest collection of poems, ABOUT LITTLE CHARLIE LINDBERGH, appeared from Wings in summer 2014. HAYDEE SANTAMARIA, CUBAN REVOLUTIONARY: SHE LED BY TRANSGRESSION, is recently out from Duke (August, 2015). Her most recent collection of poems (June 2016) is SHE BECOMES TIME. A large bilingual anthology of Cuban poetry, ONLY THE ROAD / SOLO EL CAMINO, is due out in October. Randall lives in New Mexico with her partner (now wife) of 29 years, the painter Barbara Byers, and travels extensively to read, lecture and teach.