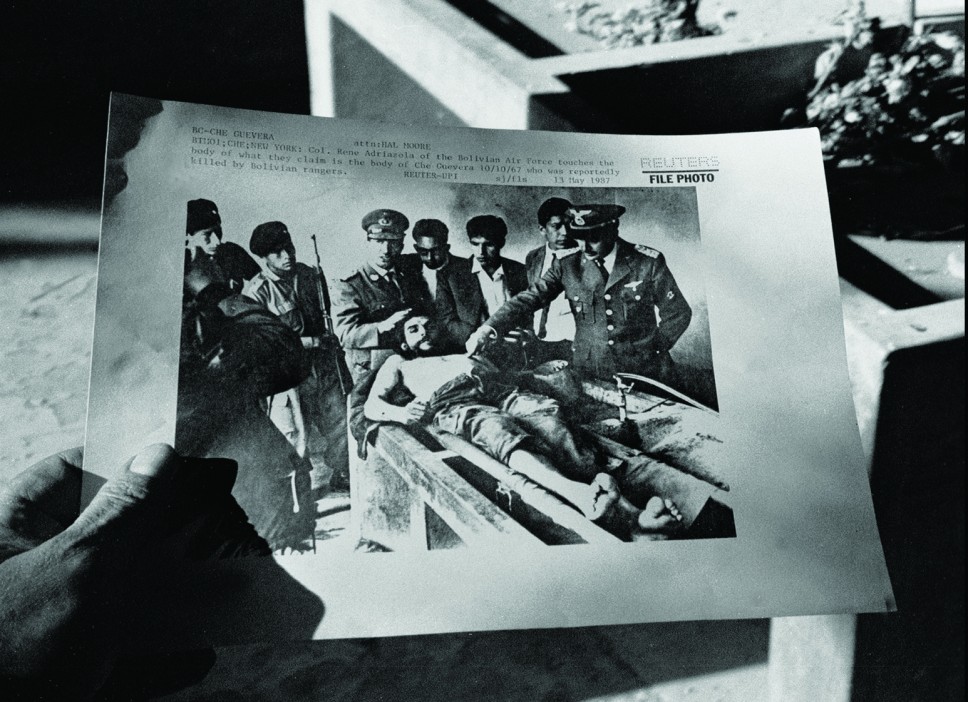 Join us for a screening of three key films by this important  Argentinian visual artist, writer, and filmmaker, known for his films and his photographic installations. His works include long-term projects dealing with Latin American subjects that incorporate historical research, anthropology, and visual arts.

Portrait of a small community living by the railroad tracks in the banana plantation region of Quiriguá, Guatemala. Originally a single take, this film is composed of alternating equal number of moving frames and frozen frames as the camera tracks alongside the train station.

A magnificent figure emerges from the jaws of a mythical animal carved with inscriptions. Known as The Dragon of Quiriguá, this enigmatic stone altar is one of the most extraordinary ancient sculptures on the continent. Spared from deforestation during the introduction of banana plants at the end of the nineteenth century, the seventy-five wooded acres of the Maya site of Quiriguá, stand at the center of the Guatemalan lowlands of the South as a reminder of how things were before the region was turned into a banana republic. Quiriguá houses temple structures, pyramids, the tallest stelae, and Altar P, known as The Dragon.

In a quiet and reflective tone, Paradox alternates between The Dragon of Quiriguá and the feverish harvesting and processing of bananas in the immediate region, moving through a community transformed by questionable labor and trade agreements.

A non-narrative film investigating death and the power of photography, El Día Que Me Quieras is a meditation on the last pictures taken of Ernesto Che Guevara, as he lay dead on a table surrounded by his captors, in Bolivia in 1967.

Not a political documentary in the traditional sense, the film alternates between evocation and straight reportage, centering on an interview with the Bolivian photographer Freddy Alborta. Suffused with a sense of mystery, El Día Que Me Quieras is about our assimilation of history.