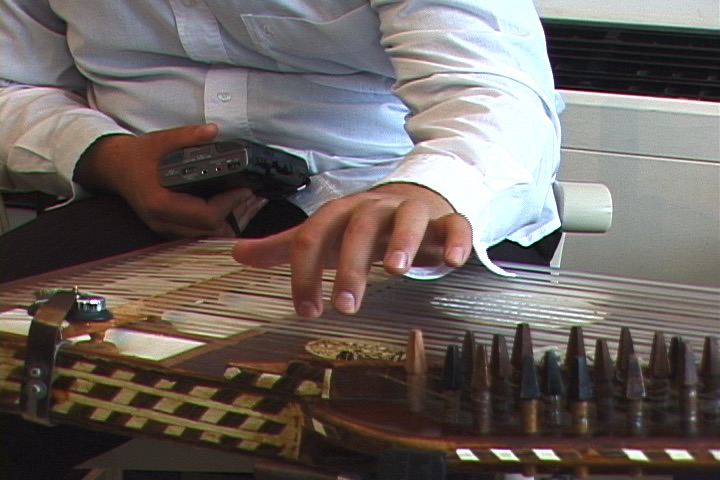 The daughter of an Iraqi-Jewish oud player from Baghdad, Basha grew up amidst the musically rich scene of all-night Iraqi-Jewish arabic parties, witnessing what academic and music critic Josh Kun calls an “Audiotopia”, where identification, joy, and connectivity smoothed over the thorny complications of being an “arab-jew” in the diaspora. Spurred on by these memories, Basha began digging into her family’s home movies. The musicians and songs she found in the tapes, and subsequent research, unveiled Iraq’s 2,000 year old Jewish community, the first group to flee Iraq in the late 1940s, as very much responsible for the country’s musical landscape at the time. In 1932, for example, they introduced Iraq’s National Radio Station, producing and recording countless arabic songs based on the four-hundred-year-old genre, Iraqi Maqam, an multi-instrumental ensemble style based on poetry sung in classical Arabic or Iraqi dialect.

Working with London-based ethnomusicologist, Yeheskel Kojaman, Basha spent over a decade recording many of the remaining musical figures of the diaspora, who have continued the tradition of the musical parties of long-ago, in private, modest ensembles hosted out of their living rooms – endlessly tuning the instruments as a way to teleport back to Iraq. Video and audio archives of this research can be found in four chapters on tuningbaghdad.net.

Regine Basha is a Brooklyn-based curator of contemporary art and producer of tuningbaghdad.net. For the past 2 decades she has curated exhibitions and public projects internationally, with a specific focus on sound installation and musical cultures. Basha grew up in Montreal, Los Angeles and New York where she attended Iraqi-Jewish gatherings throughout her childhood. She studied art history at NYU and Curatorial Studies at Bard College, graduating in 1996.

A middle eastern dinner is included in this program provided by Adobo Catering.  Tasting dishes will be based on a compilation of recipes using Iraqi date syrup collated by SITElab artist, Michael Rakowitz.