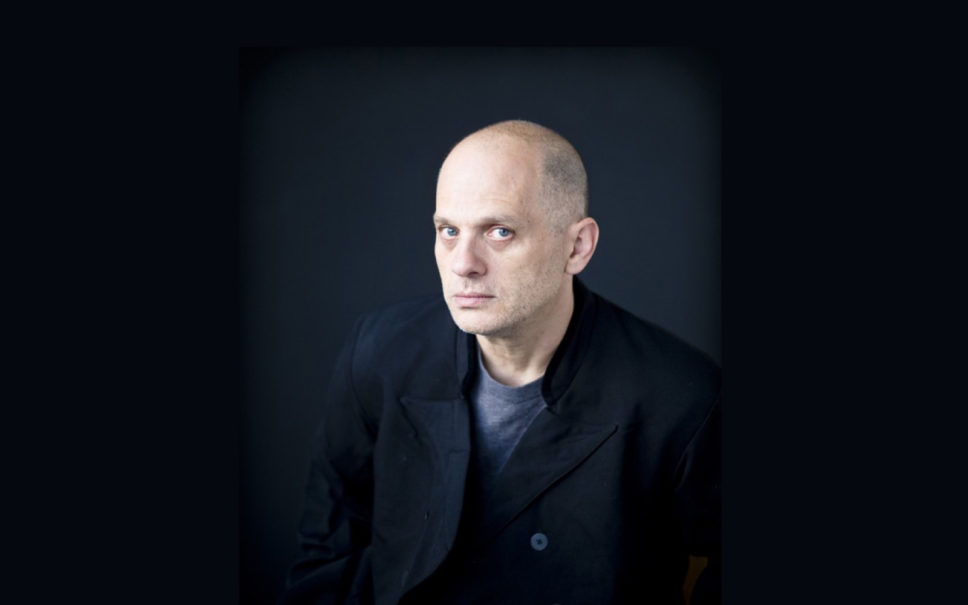 Performance in the Galleries with Suzanne Bocanegra and David Lang

Composer David Lang collaborates with Suzanne Bocanegra to bring her meditative installation Dialogue of the Carmelites to life. Music created by David Lang and sung by Caroline Shaw, with sound design by Jody Elff, accompanies Bocanegra’s work for the exhibition Bel Canto. In this performance, Lang directs four singers to perform the score live. The lyrics, crowd-sourced from the Internet, are presented in a whispered chant, a sonic rosary, and are meant as a meditation on a life in community, a life never alone.

“With his winning of the Pulitzer Prize for the little match girl passion (one of the most original and moving scores of recent years), Lang, once a postminimalist enfant terrible, has solidified his standing as an American master.”
— The New Yorker

David Lang is one of the most highly esteemed and performed American composers writing today. His works have been performed around the world in most of the great concert halls.

Lang’s simple song #3, written as part of his score for Paolo Sorrentino’s acclaimed film YOUTH, received many awards nominations in 2016, including the Academy Award and Golden Globe.

Recent works include his opera prisoner of the state, which premiered in June 2019 with the New York Philharmonic; his opera the loser, which opened the 2016 Next Wave Festival at the Brooklyn Academy of Music and received a west coast premiere in April 2019 with LA Opera; the public domain for 1000 singers, which premiered at Lincoln Center’s 2016 Mostly Mozart Festival; his chamber opera anatomy theater premiered at the Prototype Festival in New York and then at LA Opera; the concerto man made for the ensemble So Percussion and a consortium of orchestras, including the BBC Symphony and the Los Angeles Philharmonic; mountain, commissioned by the Cincinnati Symphony, death speaks, a song cycle based on Schubert, but performed by rock musicians, including Bryce Dessner from The National and Shara Worden from My Brightest Diamond; the whisper opera, for the International Contemporary Ensemble and soprano Tony Arnold; and love fail, an evening-length work for the early music vocal ensemble Anonymous 4.

Lang is a Professor of Music Composition at the Yale School of Music and is Artist in Residence at the Institute for Advanced Study in Princeton.  He is co-founder and co-artistic director of New York’s legendary music collective Bang on a Can. His music is published by Red Poppy Music (ASCAP) and is distributed worldwide by G. Schirmer, Inc.