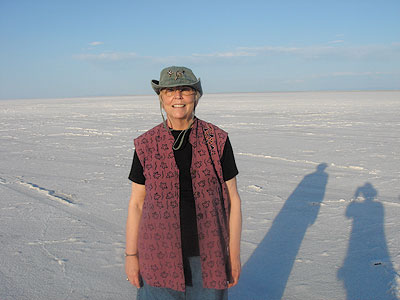 As part of the LAND/ART series, SITE is pleased to present a talk by Nancy Holt, a pioneer in site-specific public sculpture and a leading figure in the land arts movement. Holt will show MONO LAKE, a 20-minute video she made with Robert Smithson. The original Super 8 film and Instamatic slides were shot by Holt, Smithson, and Michael Heizer in 1968 and were later transferred to video. In 2004, Holt edited the video into its final form and structure. In addition, Holt will show her documentary photographs of early trips with artist friends from 1966 – 9, exploring the urban edges of New York, the Western desert, Florida, and the Yucatan. Holt will also discuss her photographic series of works including: Graveyard Series, 1968 from Lone Pine, CA and Virginia City, NV; Trail Markers, 1969 from Dartmoor, England; Concrete Visions, 1967; and Over the Hill, 1968.