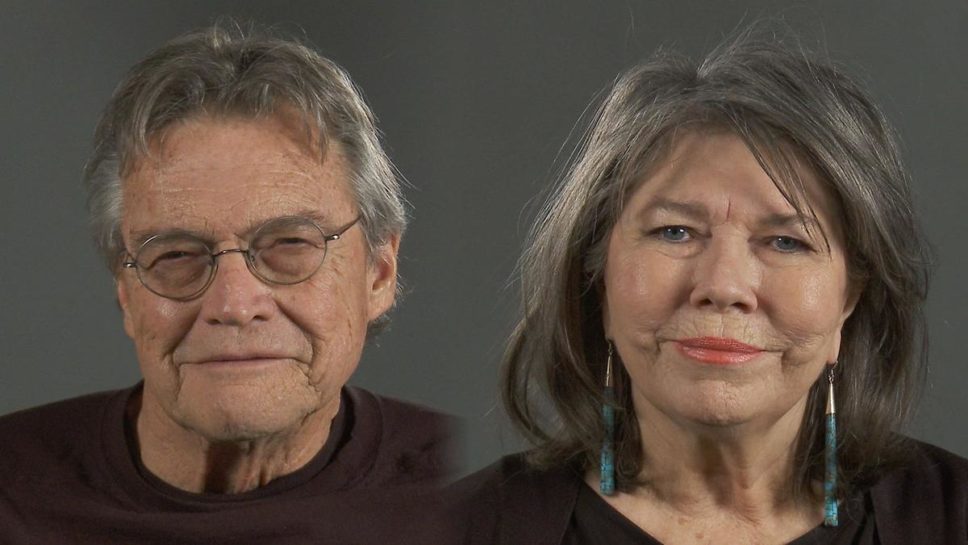 My Life in Art: Terry and Jo Harvey Allen with Mary Beebe

My Life in Art is an annual series of lectures that focuses on significant artists, collectors, patrons, dealers, critics, or other art world luminaries.

Terry Allen is a visual artist and songwriter who was raised in Lubbock, Texas. He graduated from Chouinard Art Institute in Los Angeles and has worked as an artist & musician since 1966. He has received numerous awards and honors including a Guggenheim Fellowship and National Endowment for the Art Fellowships; Awards for the Visual Arts (AVA), Washington D.C.; Bessie (New York) and Isadora Duncan (San Francisco) Critic Awards for text, music, sets, costumes for PEDAL STEAL (Margaret Jenkins Dance Co.); AICA Award 2004, 2nd place (International Association of Art Critics) for Best Show in Commercial Gallery, for DUGOUT I, LA Louver Gallery, Venice, CA, curated by Peter Goulds; Induction into the Buddy Holly Walk of Fame in 1992; United States Artists Oliver Fellow, 2009. His work has been shown throughout the United States and Internationally, including Documenta and San Paolo, Paris, Sydney & Whitney Biennales and is represented in major private and public collections, including the Metropolitan Museum of Art and The Museum of Modern Art in New York, Hirshhorn Museum in Washington DC, The Museum of Contemporary Art (MOCA) and L.A. County Museum of Art in Los Angeles, Museum of Contemporary Art, San Diego (MCASD) and Houston & Dallas Museums of Fine Art. His numerous public commissions can be found in such places as L.A.’s Citi-Corps Plaza, San Francisco Moscone Center, The Stuart Collection at UCSD in La Jolla, CA, Oliver Ranch in Sonoma, CA and Denver, Houston and Dallas/Ft. Worth Intercontinental airports. His book & theater piece DUGOUT was published in 2005 by Univ. of Texas Press and an extensive monograph of his work, TERRY ALLEN was published in 2010, also Univ. Texas Press, with essays by Dave Hickey, Marcia Tucker and Michael Ventura.

He has written for and worked in both radio and theater and has recorded 12 albums of original songs, including classics JUAREZ and LUBBOCK (on everything), and his most recent  BOTTOM OF THE WORLD.His songs have been recorded by such diverse artists as: Bobby Bare, Guy Clark, Little Feat, Robert Earl Keen, David Byrne, Colin Gilmore, Doug Sahm, Ricky Nelson, Cracker, and Lucinda Williams. He has been described by critic Dave Hickey in the Los Angeles Times as “a true modern day renaissance man…renowned for his effortless command and outrageous combination of disparate genres and media, according to the task at hand.”

Jo Harvey Allen is an actress, playwright, poet, and pioneer of women in radio. Her critically acclaimed plays have toured throughout the United States and Europe.  She is also the author of Cheek to Cheek (1983), a collection of poems. Allen has appeared in numerous films including co-starring roles in David Byrne’s cult classic True Stories (1986), Fried Green Tomatoes (1991, directed by John Avnet), and The Client (1994, directed by Joel Schumacher).  She has been the recipient of Art Matters and NEA fellowships. The Allen’s have two sons, three grandsons, and live and work in Santa Fe, New Mexico.

My Life in Art: Terry and Jo Harvey Allen with Mary Beebe