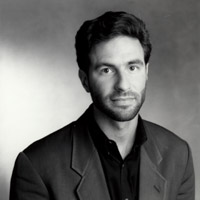 For over 20 years, Dia Center for the Arts has played a vital and original role among arts institutions in New York, as well as nationally and internationally, by initiating, supporting, presenting, and preserving projects in nearly every artistic medium, and creating a primary locus for interdisciplinary art and criticism. Dia’s first major projects, undertaken in the late 1970s, were sited works of art not likely to be accommodated by conventional museums because of their nature or scale. Many of these projects are ongoing, including Walter De Maria’s New Mexico installation The Lightning Field and New York installations The Broken Kilometer and The New York Earth Room; the massive installation of works by Donald Judd and John Chamberlain at Marfa, Texas; the Dan Flavin Institute at Bridgehampton; and others. The success of these projects evolved from a primary emphasis on the vision and aspirations of the artists. Govan’s lecture will address these projects, as well as Dia’s construction of a new museum space in New York state.

In 1987, Dia opened its main exhibition facility in New York’s Chelsea district. This location is dedicated to large-scale, long-term exhibitions offering artists the opportunity to develop new work or a focused presentation of work on a full floor of the building. In spring of 1999, Dia announced its plans to create a new museum of contemporary art in a 300,000 square-foot historic facility situated along the Hudson River in Beacon, New York. Govan is currently overseeing the construction of this new museum, which is expected to open to the public in spring 2003. The museum will house Dia’s permanent collection, which includes works by such major artists as Joseph Beuys, Dan Flavin, Donald Judd, Blinky Palermo, Richard Serra, Andy Warhol, and Cy Twombly, among others.

Prior to becoming Dia’s director in 1994, Michael Govan was Deputy Director of the Solomon R. Guggenheim Museum in New York. Most recently, he curated an exhibition for the Serpentine Gallery in London of work by Dan Flavin, an artist he has presented and written about extensively. Govan holds a B.A. in Art from Williams College.

Concurrent with this event are two SITE Santa Fe exhibitions: Janine Antoni, a survey of the career of this acclaimed conceptual artist, and Monika Bravo: Playing with Time, a group of three video projects to be shown in the Projection Room, along with two interactive DVD installations in the galleries. These exhibitions are on view from September 28, 2002 through January 5, 2003.

SITE Santa Fe is located at 1606 Paseo de Peralta, Santa Fe, New Mexico. Exhibition hours are Wednesday through Sunday, 10:00 a.m. – 5:00 pm; Friday, 10:00 am -7:00 pm. Admission is $5.00 for adults and $2.50 for students and seniors; members are free. Free admission is offered on Fridays, made possible by a grant from The Brown Foundation, Inc., Houston. Free guided tours are offered on Fridays at 6:00 pm and Saturdays and Sundays at 2:00 pm. Tours in Spanish are by appointment. SITE Santa Fe gift certificates are available. Call 505.989.1199 for more information. This announcement is partially funded by the City of Santa Fe Arts Commission and the 1% Lodgers’ Tax.