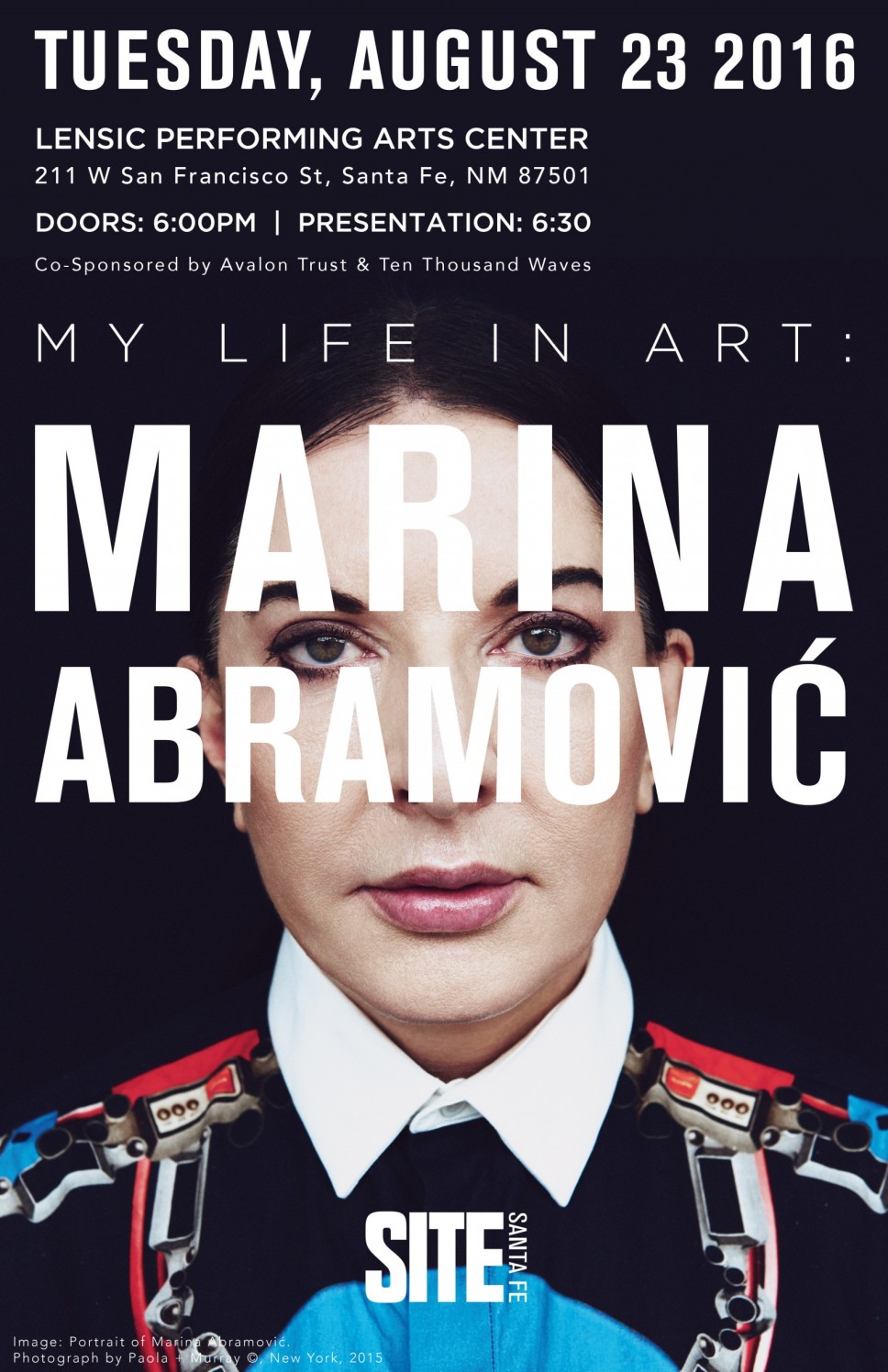 An Evening with Marina Abramovic

Since the beginning of her career in Belgrade during the early 1970s, Marina Abramović has pioneered performance as a visual art form. The body has been both her subject and medium. Exploring her physical and mental limits in works that ritualize the simple actions of everyday life, she has withstood pain, exhaustion and danger in her quest for emotional and spiritual transformation. From 1975–88, Abramovic performed with the German artist Ulay, dealing with relations of duality, before returning to solo performances in 1989.

She has presented her work at major institutions in the U.S. and Europe and has participated in many large-scale international exhibitions, including the Venice Biennale (1976 and 1997) and Documenta VI, VII and IX (1977, 1982 and 1992). Recent performances include The House With The Ocean View at Sean Kelly Gallery, New York, in 2002, and the performance 7 Easy Pieces at Guggenheim Museum, New York, in 2005. In 2010, Abramovic had her first major U.S. retrospective and simultaneously performed for over 700 hours in The Artist is Present at Museum of Modern Art, New York. Abramovic holds multiple awards and honorary doctorates from institutions around the world.

Marina Abramovic at the Lensic