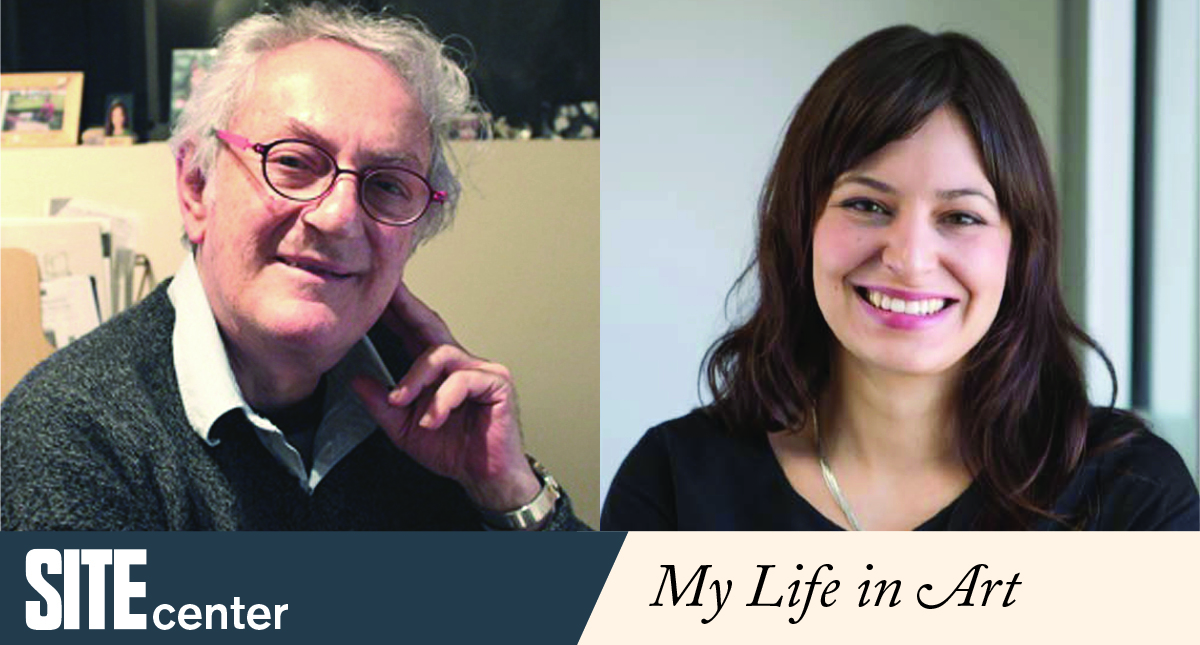 My Life in Art: Leandro Katz with Candice Hopkins

At the Armory for the Arts, 1050 Old Pecos Trail

Argentine artist, writer, and filmmaker, known for his films and his photography installations, Leandro Katz’s works include long-term projects that deal with Latin American subjects, and incorporate historical research, anthropology, and visual arts. He has made eighteen books and artists’ books, and seventeen narrative and non-narrative films. His documentary essay El Día Que Me Quieras (1997) received the Coral Prize at the Latin American Film Festival, Havana, among others. From 1965 until 2006 he lived in New York where he conducted creative and academic activities. He currently lives in Buenos Aires. His exhibition Raptures, Diagonals and Ruptures was recently shown at Espacio Fundación Telefónica, curated by Bérénice Reynaud.

Candice Hopkins is an independent curator and writer based in Albuquerque, New Mexico and co-curator of Unsettled Landscapes. She has held curatorial positions at the National Gallery of Canada, the Western Front, and the Walter Phillips Gallery, The Banff Centre. Hopkins holds an MA from the Center for Curatorial Studies, Bard College where she was awarded the Ramapo Curatorial Prize for the exhibition Every Stone Tells a Story: The Performance Work of David Hammons and Jimmie Durham. Her writings on history, art, and vernacular architecture have been published by MIT Press, BlackDog Publishing, Revolver Press, New York University,The Fillip Review, the National Museum of the American Indian, among others and she has lectured widely including at the Witte de With, Tate Modern, Dakar Biennale, Tate Britain, and the University of British Columbia. In 2012 Hopkins presented a keynote lecture on the topic of the “sovereign imagination” for dOCUMENTA (13). Her recent curatorial projects include Close Encounters: The Next 500 Years a multi-site exhibition in Winnipeg co-curated with Steve Loft, Jenny Western and Lee-Ann Martin; Zone A for Toronto’s Nuit Blanche; and Sakahàn co-curated with Greg Hill and Christine Lalonde, the National Gallery of Canada’s largest survey of recent Indigenous art, which opened in May 2013.

My Life in Art: Leandro Katz