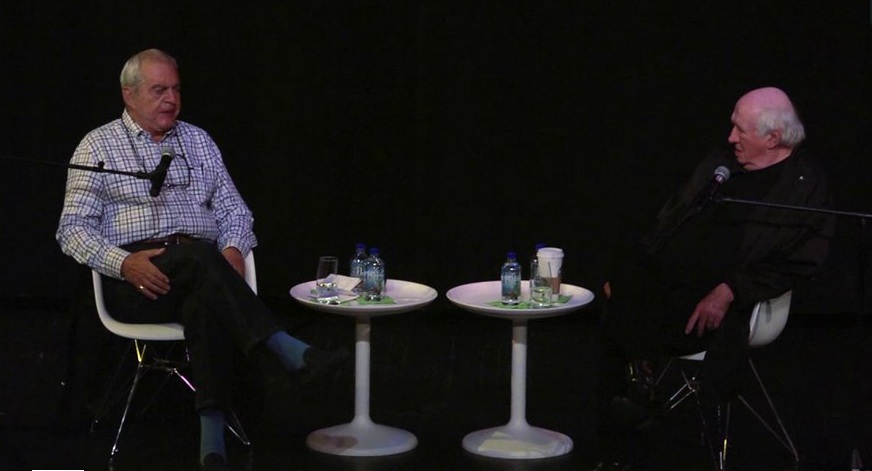 Irving Blum forged the path for Pop on the West Coast in 1962 when he introduced Warhol’s Soup Cans and debuted the work of Ed Ruscha the next year. Together with Walter Hopps and Ed Keinholtz, Blum is the last surviving principal of the pioneering Ferus Gallery in Los Angeles. He then opened Blum-Helman Gallery in New York in the late 1970s. Splitting his time between New York, Bel Air, and more recently Santa Fe, Blum has remained a vital consigliere to galleries like Gagosian, Gavin Brown, Honor Fraser, L & M; museum directors including Michael Govan at LACMA and Jeffrey Deitch at LA MOCA, and most importantly, the artists with whom he has worked.

Dave Hickey is a writer, theorist, curator, editor, professor, art dealer, and all around general anti-establishment intellectual and is one of the most noted writers of art and cultural criticism working today. His book Air Guitar: Essays on Art and Democracy (Art Issues Press, 1998), now in its tenth printing, was selected by Newsweek as one of the most important books of the century in 2009. Recipient of numerous awards, including the MacArthur Foundation Fellowship “genius award” for 2002-2007 and the 2006 Peabody Award for public journalism, Hickey curated SITE Santa Fe’s Fourth International Biennial, Beau Monde: Towards A Redeemed Cosmopolitanism in 2001. He is presently Professor of Practice at the University of New Mexico.

My Life in Art: Irving Blum with Dave Hickey