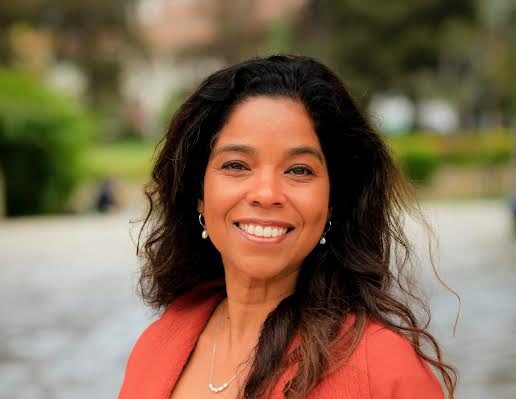 As movement politics and public discourse evolve in an increasingly volatile moment, there has been a turn toward community practices of artmaking as a source of historical understanding, and as a political and somatic practice. Art’s power as a site of cultural convening is not new to artists, but the current social and historical moment invites a new consideration of its role in the politics of time, freedom, and activism.

Gaye Theresa Johnson is Associate Professor of Chicana/o and Central American Studies and Associate Director of the Ralph J. Bunche Center for African American Studies at the University of California at Los Angeles. Johnson writes and teaches on race, cultural politics, and freedom struggles. Her first book, published with University of California Press in 2013, is Spaces of Conflict, Sounds of Solidarity: Music, Race, and Spatial Entitlement, and is a history of political coalition building and spatial struggles among Black and Brown freedom seekers in Los Angeles. Johnson’s second book, Futures of Black Radicalism, is co-edited with Alexander Lubin and published with Verso Press. In its third edition, it has been translated into German and Japanese and is a collection of writings about the Black Radical Tradition, both in tribute to and animated by the work of Cedric Robinson.

She currently is at work on two edited volumes, one on boxing and cultural politics, and a second which is a reader in classic and contemporary Ethnic Studies. A community engaged scholar throughout her career, Professor Johnson is also a healing justice and liberation coach and coach trainer with social justice movement leaders. Her proudest achievement is being a mother to her 10-year old daughter and being a part of the circle of friends and family that constitute the core of her life.