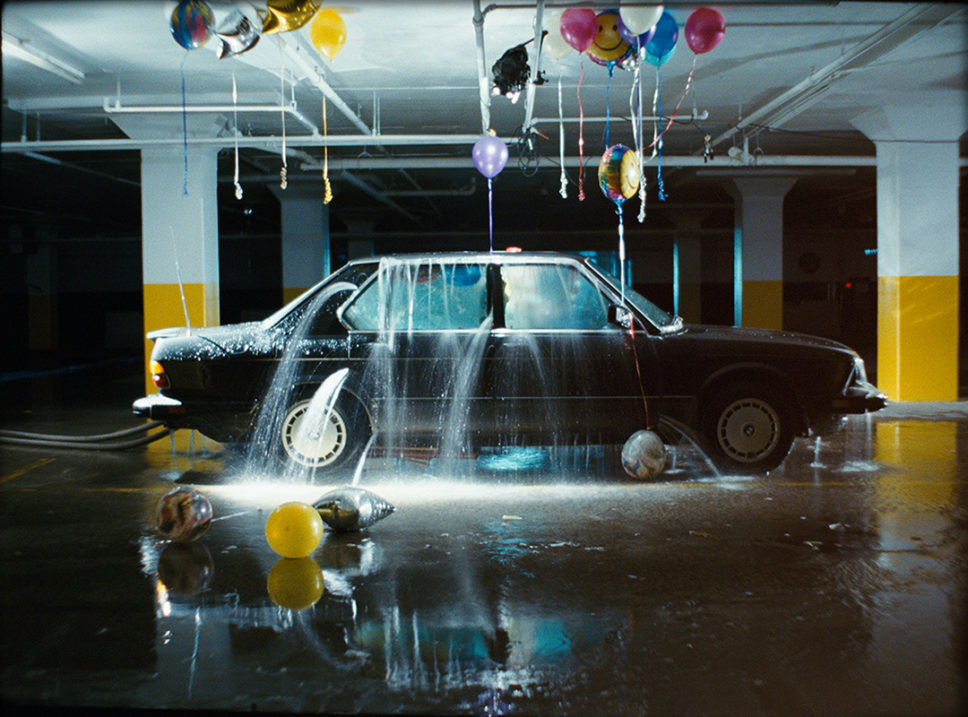 Patrick Bernatchez’s films draw from different traditions and aesthetics such as mannerism, baroque, pop culture, horror movies, science fiction, or fantasy. This eclecticism allows him to probe the notion of identity in a world increasingly shaped by capitalist culture. He is interested in social schizophrenia and obsessive behavior including hyper-consumption. These films explore and depict the topics of vanity, decline and alienation. The Chrysalides project is a dreamlike exploration with the end of the world in the background, where everything seems to converge, or to be carried away by a spiral into a space- time of indefinite disorder. The central three videos of the trilogy, I Feel Cold Today, Chrysalide and 13, are independent and part of a whole at the same time.

Patrick Bernatchez’s latest film work titled 180° explores the artist’s current experimentation with music scores turned topsy-turvy. The original idea behind this project is apparently quite simple: what would happen if one were to rotate a musical score on its head and play it as usual by reading it along the horizontal? This line of thought has resulted in two parallel projects, 180° and the music-based work cycle Orbital Piano (a recording of a Guillaume Lekeu sonata for piano rotated 4 times at 90° increments). In the film, the image succession is submitted to the imperatives of this 180° rotation. The essence of the work resides in this halfway revolution and all it engenders: the movement of the strange yet somehow familiar music; a series of vertiginous camera movements moving as an improbably upside down pianist performs the score, the movement of fingers and feet working against gravity to bring the notes to life; and also the movement of images and sounds interwoven into the figure of an inverted and disorienting dance.