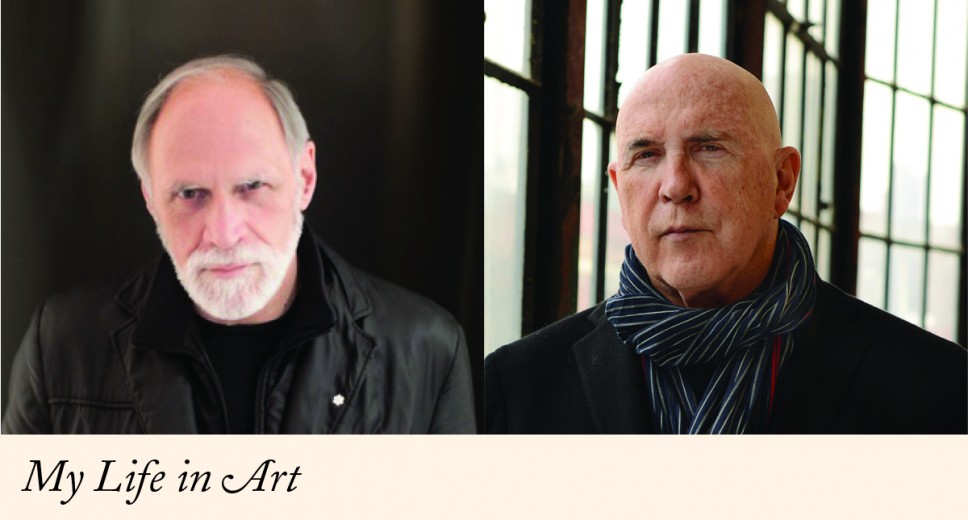 My Life in Art: Bruce Ferguson with Robert Enright

As the first director and curator of SITE Santa Fe, Bruce Ferguson helped launch SITE’s international contemporary art biennial nearly 20 years ago.  Since his tenure at SITE, Ferguson has been an important force in arts education in the US and abroad and has recently been named the new vice chairman of Louise Blouin Media. In this My Life in Art conversation with writer and critic Robert Enright, Ferguson looks back as his life in the art world, his early experience at SITE, and discusses his views on arts education and the future of arts journalism.

Bruce W. Ferguson has been an art curator, critic and academic administrator and has extensive management experience in both arts and academic organizations. At present he is Vice Chairman of LB Media in New York, a print and online publishing company. He has been the Dean of the School of Humanities and Social Sciences at the American University in Cairo, Egypt and served as the Dean of the School of Arts at Columbia University as well as President and Executive Director of the New York Academy of Art. He has curated exhibitions for institutions from the Louisiana Museum in Copenhagen to the Institute of Contemporary Art in Boston. He also organized exhibitions within the international biennales of Sao Paulo, Sydney, Venice and Istanbul. Ferguson was the founding director and curator of Site Santa Fe in New Mexico where he articulated a vision for an international art biennial that now has a successful 20-year history and is central to the city’s identity. In Phoenix, Ferguson was responsible for the formation of F.A.R. (Future Arts Research) at Arizona State University where he articulated a vision for an international arts research center which commissioned works of art; created dialogue across academic disciplines and between the university and the community; and extended the reach of the cultural dialogue to a broader public through symposia and artists’ residencies. He helped create a graduate-level cross-disciplinary pedagogical and exhibition program called the Desert Initiative. Ferguson’s academic research centers on the subject of exhibition theory and practice. His early anthology edited with two other scholars entitled Thinking About Exhibitions was seminal in opening the field of curatorial studies. Ferguson’s most recent work has been research on international biennales and his most recent co-written essay on “Discursive Exhibitions” is included in a Biennale Knowledge book published in Bergen, Norway, 2011. Ferguson most recently wrote the introduction to a book on the British artist Cornelia Parker for Thames and Hudson and a catalog introduction to an Elmgreen and Dragset exhibition in Oslo. He received his B.A. in Art History from the University of Saskatchewan and his M.A. in Communications from McGill University in Montreal. He has an honorary doctorate from the Kansas City Art Institute.

Robert Enright is the Senior Contributing Editor and film critic for Border Crossings magazine and the University Research Professor in Art Theory and Criticism in the School of Fine Art and Music at the University of Guelph in Canada. He has contributed introductions, essays and interviews to over one hundred books and catalogues and has lectured on contemporary art and architecture in Canada, the U.S., Europe and Japan. He is the author of a number of books, including Eric Fischl, 1970 – 2007 (Monacelli, New York); Body Heat: The Story of the Woodward’s Redevelopment (Blueimprint, Vancouver), Donigan Cumming’s The Stage (Errata Editions, New York), and Peregrinations: Conversations with Contemporary Artists (Bain & Cox, Winnipeg/Buffalo). He is also a nominator and contributor to Vitamin P2 and Vitamin D2 (Phaidon, London, UK). In 2005 he was made a Member of the Order of Canada.