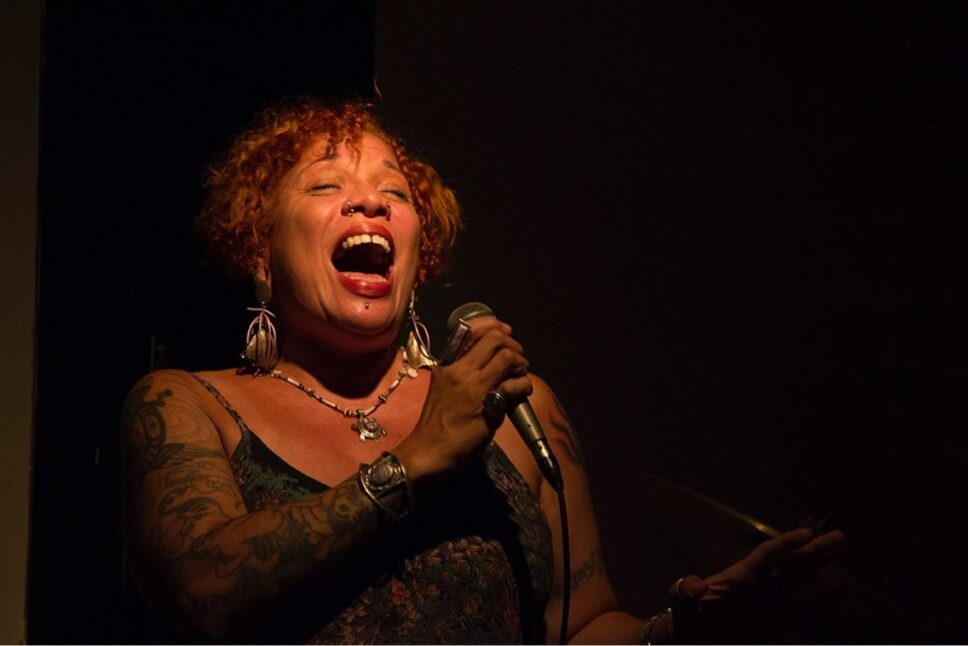 This event is FREE, but tickets are only available to SITE Santa Fe Members.
Become a Member to attend

Jasmin Williams is a Philadelphia-born, New York-bred singer, songwriter, and spoken word artist. Her vocal style is a musical gumbo of jazz, gospel, blues, R&B and neo-soul, and her spoken word continues the traditions of Gil Scott Heron and The Last Poets. Her vocally energetic and dazzling sets include a mix of eclectic classics and original material.

Williams has toured in Europe and Japan as well as performing extensively in her hometowns of New York and Philadelphia. She has performed at the African American Historic and Cultural Museum’s Jazz ‘Till Sunrise, The Jambalaya Jazz Festival, Freedom Medal Awards in Philadelphia, Trenton Jazz Festival, Jazz Fest at Antieau Gallery in New Orleans, Minton’s Playhouse, the Nuyorican Poets Café and the Half Note in New York City, among others. Now residing in Santa Fe, she has appeared at Meow Wolf, El Meson, The Santa Fe Railyard and the Historic Santa Fe Plaza.

Her debut CD Word of Mouth was released in Japan and Williams enjoyed a Top Ten spot on HMV’s Jazz Chart. Her new work, A Song of Blood and Confession, is soon to be released. Williams also has a collection of poetry titled, In Search of Ravens Blood and Snow. www.wordsnotwarsmusic.squarespace.com