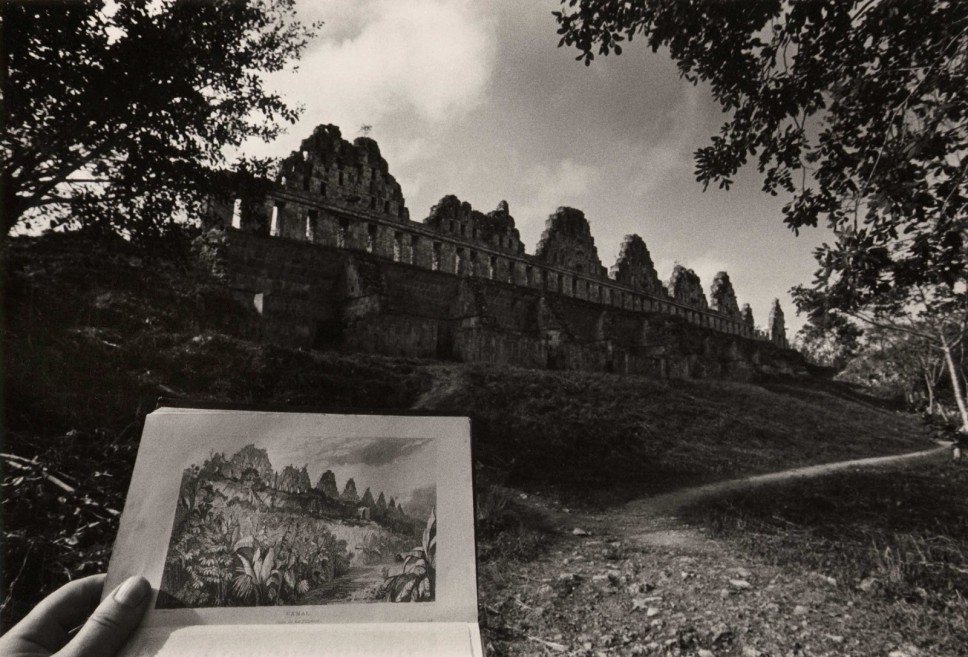 The work of SITElines artist Leandro Katz is largely influenced by the drawings of explorer Fredrick Catherwood who, along with writer John Stephens, traveled through the Yucatan region in the early 1800s. In his “Catherwood Project”, Katz examined these works and responded to them, following the journey of these two explorers as he recreated much of the influential documentation they produced. Here is a look into Katz’s historical influences.

Catherwood was an architect and artist most known for his elaborate and remarkably accurate drawings of Mayan ruins. He, along with writer John L. Stephens, undertook a series of expeditions beginning in 1839 to uncover and properly document ancient ruins in the areas of Yucatan, Chiapas, Guatemala, and Honduras. While they were not the first explorers to visit this region, they returned with drawings and writings far more detailed than anything previously produced. After their first endeavour, Stephens and Catherwood published their book Incidents of Travels in Central America, Chaipas, and Yucatan in 1841. This two volume book documented both their journey and the ruins they saw in this place.Their journeys, and corresponding books, have been credited with the “rediscovery” of the Mayan civilization.

Catherwood’s drawings are still considered perfectly accurate records of the objects they document. When they were first brought back, archaeologists of the time were even able to decipher the inscriptions found in the drawings they were so detailed. Catherwood’s success took a lot of disciple, seeing as the architectural and sculptural techniques employed were unlike anything he had ever seen, but eventually produced a mind-altering body of work. While others may have shown european influence in their drawings or simplified complex details, Catherwood sought to show exactly what was before him. His work shows what was different about these buildings as well as tries to understand the design elements that Mayan architects employed instead of reproduce them through a westernized lens.

Leandro Katz will be screening his films “Los Angeles Station”, “Paradox”, and “El Dia Que Me Quieras” at the Center for Contemporary Art Cinematheque on August 18th at 7pm. The artist will also be discussing his work as part of the “My Life in Art” series with SITElines co-curator Candice Hopkins the following weekend. This will be held at the Armory for the Arts Theater on August 25th, 6pm. His work is also on display as part of SITE Santa Fe’s exhibition Unsettled Landscapes, on display from July 19th until January 11th, 2015.